Why Mentoring is Essential to Your Business: The Wisdom of the Mound 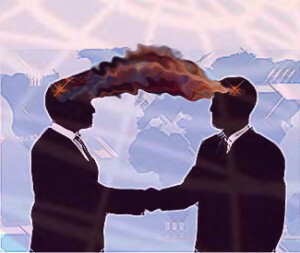 In today’s hectic, time-starved environment, small business owners often relegate mentoring to a low-priority function, an act of charity and goodwill designed to rescue young greenhorns from a clueless career and life of business naivety.

In fact, mentoring is a critical component to any organization’s future growth. It creates traction up and down the career promotion ladder and provides tangible, measurable benefits to the person being mentored, the mentor, and organization as a whole.  It develops future leaders, enhances retention of key performers, and disseminates critical knowledge vital to the organization’s growth.

Mentoring is the process of sharing wisdom, guidance, direction, and learned techniques with designated groups and individual team members. I say groups  because international networking organizations such as Chief Executives Working Together and BNI spend countless hours sharing innovative, confidential, business-related practices within their elite folds.  This type of peer-to-peer reciprocal mentoring has little to do with ushering greenhorns into the glorious light of discovery, but rather, embraces a sophisticated strategy I refer to in my book What’s Wrong With Your Small Business Team as the Wisdom of the Mound.

Wisdom of the Mound

Think about a huge ant mound with millions of ants (queens, drones, workers, etc.), performing a diversity of critical tasks to keep the colony afloat.  Within this highly organized underground conglomerate is the scout department. These brave souls provide remarkable insight into the enormous potential a well-orchestrated mentoring program can bring to your organization.

When scout ants go out from the mound to search for food, they often wander randomly throughout the forest to find an edible food source. After consuming a portion to authenticate its safety and extract a minimum reward from the discovery, they head back to the mound. Along the way, they leave a trail of pheromones to lead foraging mound-mates back to the food source.

The scouts are explorers of sorts, venturing out into unknown territory, zigzagging across the hostile terrain with no compass or map or GPS to show the way. They must remember the various landmarks and points of navigation. Then, as soon as they find food, they must carve out a new path that follows a direct line back to the mound.

There may be hundreds, even thousands of scouts out at any given time. The colony must be able to communicate which trails to follow and which food sources have been exhausted. There are also inherent dangers associated with leaving the mound; predators such parasitic flies, natural ant-eaters and other hostile colonies competing for food. When certain areas prove to be too hazardous, team members must communicate the need to avoid these areas and move to safer terrain.

What I’ve just described is the Wisdom of the Mound.  It’s the “totality of knowledge” available in a select universe. Researchers sometimes refer to this as crowd wisdom, because it takes into account the tacit, informal, unconnected knowledge being carried around by individuals in a group or crowd.

If you’ve ever watched Who Wants To Be A Millionaire, you remember how contestants called on the audience to lend its collective knowledge to assist in answering certain questions. Similarly, open source organizations such as Wikipedia and MySQL rely on mass contributions by voluntary contributors to provide the critical content that keeps the company’s content viable.

There are three  primary components that fuel the Wisdom of the Mound’s powerful engines and make it a formidable tool in the strategic arsenal of any organization:

Everything begins with knowledge … but not just any knowledge.  The knowledge must be relevant and have a potential  impact on the universe in which the contributor resides.  If I’m on the team searching for Osama bin Laden, I don’t need to bring in the CEO of Coca-Cola to share the secret formula for Coke. It’s intriguing information but irrelevant to the cause.

The desire to contribute

Contributors must have a burning desire to share their proprietary information. This can be the results of a natural state of mind, or it can be artificially induced through recognition, rewards, tradeoffs and even illegal bribes. In the final analysis, the contributor must “want” to share. Otherwise, the information disseminated will most often be distorted or incomplete.

There are many ways to share contributor knowledge. I will talk about some of them in the second part of this three-part series on mentoring. But for now, you should know  that mentoring is the most effective method of sharing the Wisdom of the Mound. Mentoring, as oppose to, say, a company Wiki, is much more personal and endearing.  It builds lasting relationships that benefit the organization for years to come.

By now you’re thinking about all of your team members, walking around with bits and pieces of invaluable “Mound” information about the marketplace, the operation, and time-saving techniques that flourish in wasted isolation, way back in the corners of  their minds. What types of mentoring systems do you employ to extract such a precious commodity and share it with the entire team?

I’ll tell you next month. For now, simply reinvigorate your mind so that you no longer think of mentoring as an act of charity. It’s a solid weapon in your arsenal of small business strategies and will help your organization to grow.