Most Companies Run on Sales, Not Investment

I had a slightly disturbing talk with an entrepreneur at a smartups.org meeting last Thursday night. Smart-ups is a local group getting entrepreneurs together in the Eugene-Corvallis area in Oregon. 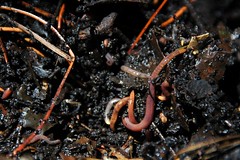 This man will probably make it. There was nothing dumb or naive about him, and he was old enough to know better. But the underlying assumption he seemed to be making is worth posting about.

He asked me how he would get money to start a new venture related to worms and compost. He seemed surprised, and maybe even discouraged, by my realistic answer.

I said relatively few startups get investment; that most startups make it on their own, from grit, work and getting something they can sell to customers early on.

I told him investment is really only for companies that can grow quickly and sell out soon enough (three to five years) to make it worth the investors’ money. For the investors.

And I told him that investment is particularly hard to find these days. And that he should look at how to get his company up and running on a smaller scale, and start selling.

And yes, we call that bootstrapping.