How many creators today would love to have the modern equivalent of a court patron, a wealthy benefactor such as a king who supported their work as a musician, writer, or artist, while they continued to create?

It sounds like an ideal situation—the artist receives enough funding to work creatively, and the patron is rewarded with something they truly enjoy. Everyone wins.

This is where Patreon comes in. Based around this idea of patronage, Patreon is a crowdfunding platform that allows artists to collect monthly pledges from fans, in exchange for the creation of new content and other perks, such as early access to content, scheduled Google Hangouts with the artist, and so on.

How is Patreon different than Kickstarter?

I’m guessing by now, you are probably familiar with the premise of Kickstarter and various other crowdfunding sites. It’s a straightforward idea: present a potential project, set a funding goal, and if you meet that goal, you get to keep the money and create your project.

While Kickstarter is great for big, one time projects, plenty of artists and content creators are creating all the time, but often on a smaller scale. While it would be silly to set up a Kickstarter for a single YouTube video, for example, Patreon is tailored for continuous smaller content creation, and lets “patrons” support artists and creators whose work they enjoy.

See Also: How to Use Patreon to Start a Business From Home

Who is patreon for?

Patreon is for content creators, period. Do you draw web comics? You’d fit right in on Patreon. Maybe you create podcasts, or make music, or animated shorts—Patreon is a great avenue for any of this type of content.

What doesn’t Patreon work well for? Physical artistry or crafts, such as jewelry, sculpture, or similar. While some artists—such as photographers—will occasionally reward patrons who pledge a certain level with prints of their work, Patreon isn’t geared toward physical mediums. However, if you are a content creator who is able to share work via downloads, streaming, or similar, Patreon might be a great way to make money doing what you love.

See Also: How to Get Funded by a Billionaire Investor and Other Stories

These profiles represent the various ways Patreon can be used; music, short films, and even cake decorating all caught my eye. Not only that, each of these artists let their unique style and voice show through.

Their rewards for various pledge amounts were varied and fun, and well suited to the content itself. If you are interested in setting up a Patreon profile, give these some consideration. On Patreon, it’s important to stand out and grab the viewer’s attention, and these profiles did just that.

“When I play for people who choose to really listen, magic happens.” – Nate Maingard 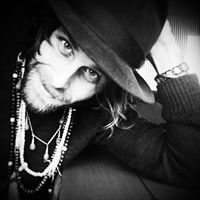 Self-described troubadour Nate Maingard embodies the spirit of Patreon perfectly; by receiving funding from patrons, he is able to make his music, travel, and share his passion for music and community on his own terms. His EP In The Shadows was created via crowdfunding, an impressive feat in itself.

Nate’s Patreon page is an excellent example of how to use Patreon to its full potential, both in the sense of creating a community of patrons, as well as getting the most out of it as an entrepreneur. Patrons who wish to donate a small amount each month have the option to pledge $1, $3, or $5. These pledges buy certain perks, such as access to recordings 24 hours before availability to the public. 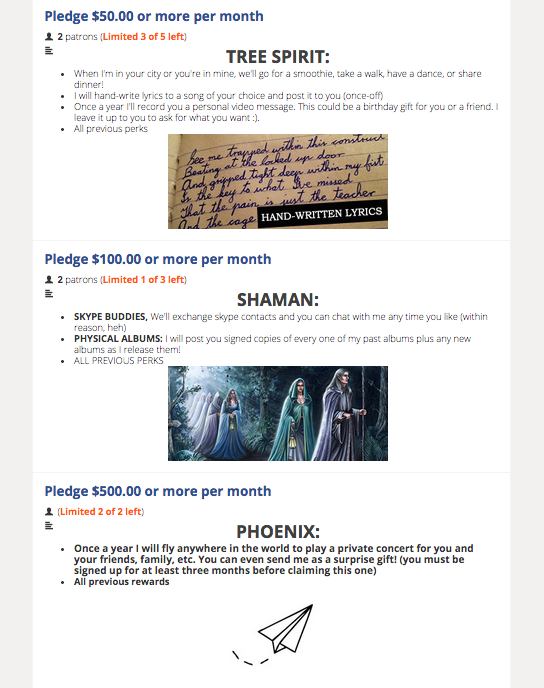 Pledge $500 a month, and you could get a private concert.

Check out Nate Maingard on Patreon

“Imagine an alternate universe where the songs of today were actually written half a century ago, during the early years of the record industry.” – Scott Bradlee of Postmodern Jukebox 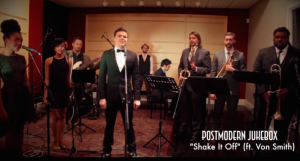 Image via PMJ’s version of “Shake It Off.”

Postmodern Jukebox Videos is just fun, there’s no way around it; the catchy, good-hearted nature of the project makes it perfect for Patreon, and explains their high level of patron engagement.

The group, fronted by Scott Bradlee, reimagines popular hit songs from today as hits of the past, such as their version of Taylor Swift’s “Shake It Off” as a Motown hit.

$1 a month gives you download access to their recordings, and $5 a month is even better—you’ll get the instrumental version, so you can “sing along at home, or wow your friends at the karaoke bar.” Higher pledge amounts include perks like requesting songs, access to Google Hangout chats, and one-on-one sessions during which patrons can get career and music advice, chat with band members, or have a music lesson.

“I have many exciting video projects in the works and am excited to share them with you. – Tim 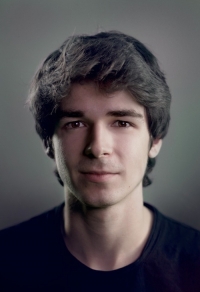 Making films can be prohibitively expensive—after all, it isn’t a simple endeavor. Filmmaking requires an extraordinary amount of equipment, time, and work, which makes Patreon a perfect platform for independent filmmakers.

Tim, who makes “small internet films” that he posts on YouTube, is a great example of how through Patreon, patrons can help young artists better their craft, while also supporting the continued creation of material they enjoy.

His latest project, a 10 minute short film entitled “Bad Burglars, ‘The Heist,’” is currently available for public viewing. However, patrons can get early access to videos, chat with Tim, view scripts and pre-production material, and, for $100 a month, receive an executive producer credit.

Check out Tim’s Videos on Patreon

“I like to push the limits of what cake can do by incorporating special effects, structure, and lots of creativity!” – Elizabeth Marek 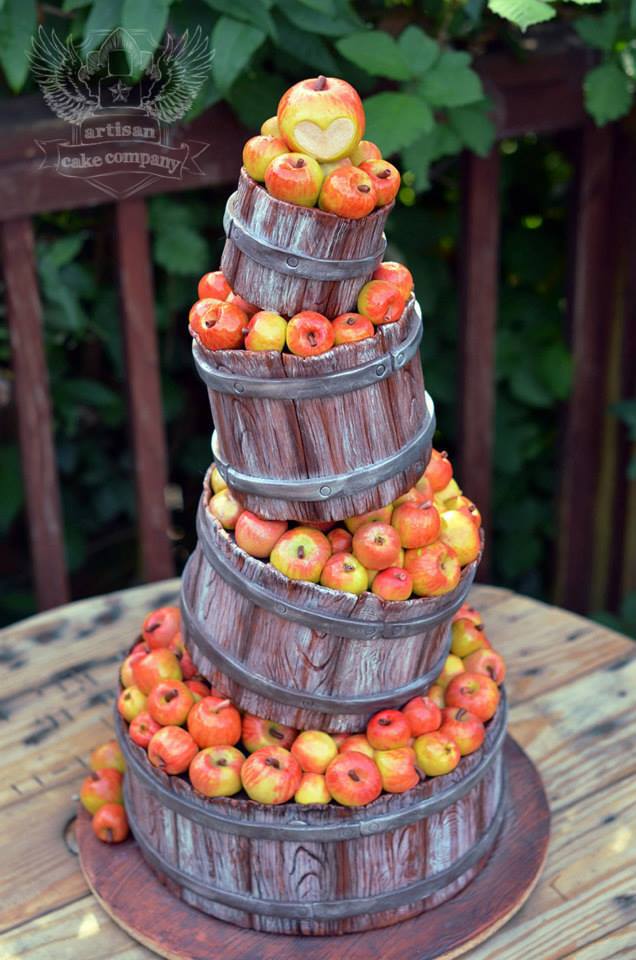 It seems wrong to say that cake artist Elizabeth Marek has been “baking” cakes for over seven years; her sculptural, unique designs are far removed from your average bakery counter. Whimsical and often hard to believe (I repeatedly found myself thinking, “that’s a cake?!”) Marek’s cakes are really incredible, and patrons of her work get special access to tutorials, where viewers can learn the secrets of her sugary trade.

Through Patreon, Elizabeth hosts the “Sugar Geek Show,” in which she instructs viewers on how to create the imaginative, fantastical cakes she is known for. Patrons have access to all of her tutorial videos, as well as fun extras like “mystery gifts” for patrons that pledge $15 a month.

“Clicking the shutter is the easy part; animal welfare involves many sensitive situations both physical and political.” – Peter Yuen 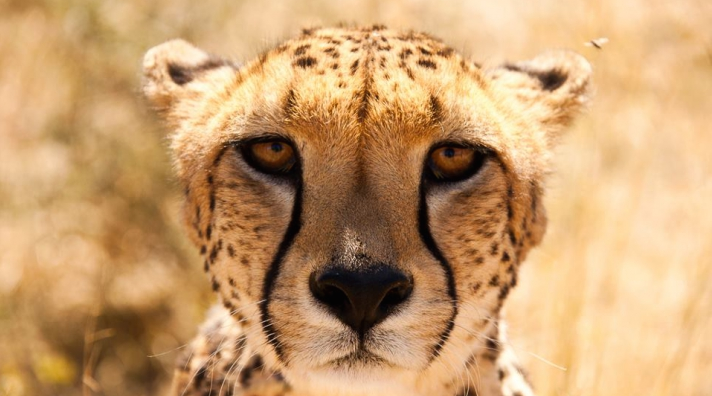 Peter Yuen of Animal Rescue Photography exemplifies the way Patreon can be used not only to fund fun projects, but also to do some real good on a larger level; Yuen, who is a wildlife photographer, provides photography services to animal rescue, welfare and conservation charities.

Yuen works with many charities across the world, and volunteers his photography services as a means of helping provide high quality images for said charities, and as a way to raise awareness through photo essays.

As Yuen volunteers his time, doesn’t charge for his photos, and covers his own expenses, he needs a way to make money. Patreon solves this problem for him by allowing patrons the opportunity to sponsor his endeavor. In addition, patrons receive high-quality downloads, physical prints, and Yuen’s promise to “love [them] forever.”

Check out Peter Yuen on Patreon

“The aim of this project is to help bring my interests as a video maker more in line with what you, the viewer, actually want.” – C.G.P. Grey 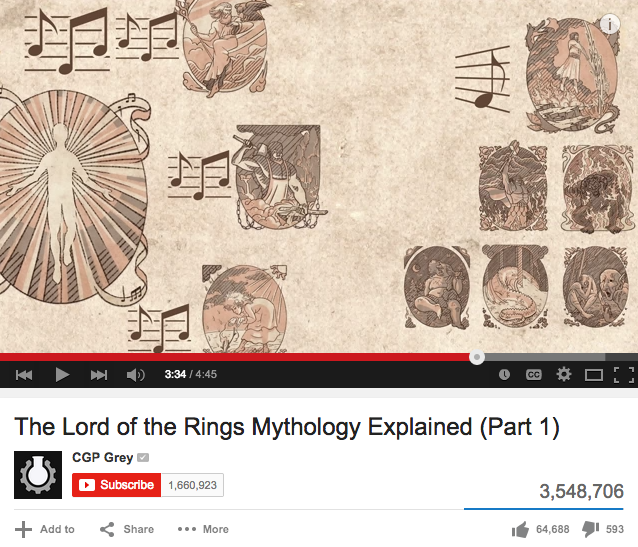 CGP Grey’s video “The Lord of the Rings Mythology, Explained (Part 1),” has over three million views.

One of the things I love most about the internet is that it gives users the opportunity to learn about pretty much any topic under the sun, with relative ease and convenience.

Complex Things Explained is a great example of this information exchange; covering a range of topics, from The Lord of the Rings mythology to the European Union, creator CGP Grey creates short, informative videos that are fun, engaging, and that will actually help you learn.

Pledge tier rewards vary from $1 “adblock absolution,” which absolves viewers’ guilt over potential revenue lost by ensuring that Complex Things Explained remains ad-free, to an onscreen credit, for $100 a month.

Science videos to expand your mind

“In a world of talkers I try to be a thinker and a doer.” -Destin, Smarter Every Day 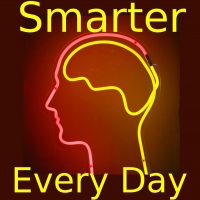 In the same vein as Complex Things Explained, Smarter Every Day aims to educate viewers on a variety of scientific topics, from the physics of skating on ice to slow motion cat flipping, which gives an in-depth look at how cats always land on their feet. The videos are both informative and fun to watch, and patron funding helps creator Destin continue to make them.

Smarter Every Day offers several funding tiers, but my personal favorite? The $100 monthly pledge, which allows patrons to actively collaborate with creator Destin on new projects. Not only does the funding help further the creation of videos, but Smarter Every Day is using Patreon in a unique, collaborative way, that gives patrons access to the creative process.

Check out Smarter Every Day on Patreon

“[We Have Concerns is] a mix of science, philosophy, and improv comedy. It’s also where we get all of our weird out. We have a lot of weird to get out.” – Jeff Cannata and Anthony Carboni of We Have Concerns 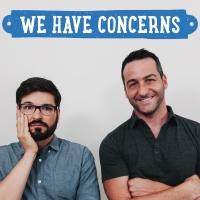 This podcast series, hosted by Jeff Cannata and Anthony Carboni, is described by the creators as “a mix of science, philosophy, and improv comedy,” and it lives up to the descriptor. Not only is the podcast fun to listen to, but Cannata and Carboni are committed to using Patreon to continue creating a project they enjoy, without involving any “middle man” or advertising on their show.

We Have Concerns has also set up their patron tiers in a creative way: patrons become members of the “Society of Concerned Citizens,” and receive access to videos, behind the scenes extras, and other “digital goodies.” Higher level patrons are also given the ability to suggest topics for coverage during the podcast, reinforcing the ways in which Patreon can be used for collaboration that are unique to the platform.

Patreon can be a great way for artists and content creators to fund their projects on a continuous basis, and allows patrons to support the creators whose work they enjoy.

However, it should be approached with the same grain of salt as any crowdfunding campaign, which is to say that success is not guaranteed by any means.

Interested in trying out Patreon? Treat it as an experiment at first, without placing your hopes too much on such a fragile golden goose—not only is this a more realistic view, it will make the experience more enjoyable.

Ultimately, who knows? Your content might reach enough patrons to sustain not only its continued creation, but you as an artist. What I enjoy most about Patreon is the good-hearted nature of the platform—pay people to continually produce content you love.

Have you used Patreon successfully, or would you not recommend it to other artists? Do you have any tips for making your Patreon profile more attention-getting? Share with me in the comments below, or on Twitter.

Our Favorite Tools to Create Your Pitch

My favorite apps to keep productive in 2013

Our Favorite Tools to Create Your Pitch