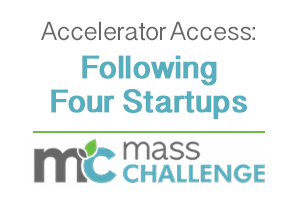 I was recently asked how many startups I’ve founded or co-founded, and after a quick mental walkthrough of all these companies – I arrived at the number 13.

Of the 13, the vast majority of my startups “failed” or have yet to succeed by conventional standards; two of them succeeded by these same standards; and one of them is being teed up for something very different – which led me to ponder:

What’s different between startup #1 and #13?

When I launched my first startup, my goal was no different than most entrepreneurs – I wanted to find an opportunity, build a business around it, and achieve the 3 F’s (Fame, Fortune, and Ferrari 🙂

And there’s nothing wrong with that. The rollercoaster of building startups is like nothing I’ve ever experienced; and achieving a successful exit or two after an enormous amount of blood sweat and tears is extremely rewarding.

But as I was looking for “Idea #13” – I realized that there’s much more to being an entrepreneur than whether your current startup “succeeds” or “fails” by conventional standards.

And it comes down to a simple question.

Are you just in it for the money, or are you looking to create real, lasting value?

Fortunately, most entrepreneurs I met with 1-on-1 in the Boston area fell squarely into the “Value Builders” category – and it felt great to be part of this thriving ecosystem. It felt so great to talk to all of these “Value Builder” entrepreneurs, in fact, that when I occassionally encountered a pure opportunist, it was a major negative interrupt. And then I had a realization.

When the stakes are low, the signal and noise can co-exist, and it’s not a big deal. There’s lots of noise in the “photo sharing” space, but it doesn’t matter that much who wins and loses in the end. Chances are we’ll still be able to share photos 5 years from now, one way or another.

But in the education space, where Native Brain is looking to make its mark; the stakes couldn’t be higher. Whether the space succeeds or fails will determine the destinies of billions of kids over the decades to come.

And yet the noise is sadly louder than any industry I’ve ever seen. Amid the endless debate among various camps about how we can solve the seemingly “stuck education system”, countless opportunists who enter the space are more focused on how to make a quick profit in the short term from the multi-trillion dollar industry than how to build something of lasting value that can help kids for generations to come…

…which left us with an important choice.

With all of the noise around us, we could spend enormous time and energy trying to “call out” or “debate” or “fight” the noise wherever we see it; or we could focus all of our energy on building signal. Then we realized that the battle between “signal” and “noise” in the education space isn’t much different than the same battle being waged in the entrepreneurial community at large, and especially the startup community in Boston.

Up until recently, I would often hear that Boston is a bad place to start a company. It’s stodgy, “old school”, and lacks the entrepreneurial zeal found in the West Coast.

From all the startups I’ve been involved with, and the entrepreneurs I know in Boston; I knew that this “noisy idea” was absolute BS, but I didn’t feel like wasting a lot of my time arguing with the noise (even though it made me very upset).

Fortunately, the founders of MassChallenge didn’t see a lot of value in arguing with the noise either, so instead,

They built a “Tuning Fork” to focus the signal.

When they started MassChallenge, I’m sure the founders knew what I instinctively had seen as well – that there is a ton of “signal” in the Boston entrepreneurial community, but it’s often spread out and rarely has the chance to focus and become something greater as a community.

And so they launched the MassChallenge program, which gives 125 companies each year the opportunity to work together in a shared environment to grow their startups and “accelerate” together, all without taking any cash or equity from the startups (equity which can later lead to a lot of investor noise down the road).

As a finalist, Native Brain has gotten enormous value. My co-founder and I have had an amazing experience – meeting other entrepreneurs and mentors in the startup community, and sharing ideas to help all of our companies succeed. Nowhere during the process have we had to debate stupid “noisy” ideas about whether or not Boston is a thriving startup community.

Rather than debate the noise, MassChallenge built a “tuning fork” – and it has attracted the signal and amplified it.

Native Brain: Building a “Tuning Fork” in the education space.

As we prepare to launch our first product,”Native Numbers” in the next month, our decision to ignore the noise in the space and instead build a “tuning fork” ourselves has led to a series of positive unforeseen outcomes.

Prior to being in “tuning fork” mode, we had a lot of great conversations and stimulated debates about “how to fix things” and what’s noise and what isn’t.  But it was often tiring expending energy to explain or debate why noise is noise; and it sometimes felt a bit lonely.

Since we’ve focused all of our efforts on channeling the signal, and becoming a “tuning fork”, we’ve discovered and attracted like minds throughout the world to join as “allies”. Our collective “tuning forks” have gotten bigger, and the signal is getting louder and louder.

Jeff Durso is an accomplished technology entrepreneur with multiple launches and exits, including IT consultancy OEC ($10 million sale) and DestinationWeddings.com (#149 on 2008 INC 500). He is co-founder of 2012 MassChallenge finalist company Native Brain, along with Dr. Michael Connell. Jeff holds a B.S. in Management from MIT's Sloan School.