New eBook on Revolution in Crowdfunding 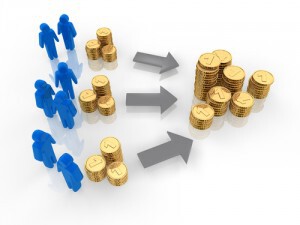 (Note: This post today is written by Kelsey Arnold of Social Media Today. And, like the politicians say on the ads, “I approved this message.” Tim)

For entrepreneurs with the right strategy, this is an exciting year to launch a new business with high growth potential. The JOBS Act that was recently signed into law and the emergence of crowd funding related sites like IndieGogo and Kickstarter offer interesting alternatives to early funding, although not straight investment.

The social web is drastically changing the way young companies get noticed, monetize, and begin to grow. It is now easier than ever for someone with an idea and some ambition to create a business, with financial support easily available on the Internet. Crowd-funding sites are growing exponentially, and are proving to be extremely successful for some. Pebble Smart Watch, for example, has raised over $10 million in funding, though their initial goal was $100,000.

Youtube now allows users to solicit donations on the platform and link back to campaigns on Kickstarter and Indiegogo, helping to make these fundraising campaigns viral. The reach of YouTube is practically infinite: “[The site’s] 490 million users upload more video content in a 60 day period than the three major U.S television networks created in 60 years,” claims IBM’s CMO Study.

Many worry about the risks that accompany these crowd-funding solutions, citing insufficient protection for investors. Small business lawyer Antone Johnson worries about what investors stand to lose, writing, “The lack of transparency is justified by limiting the amount of capital any one investor can lose, and/or the amount the company can raise, to figures small enough to meet someone’s arbitrary standard of relative harmlessness. If that sounds reasonable to you, I’d be happy to confiscate $100 apiece from 10,000 readers to walk away a millionaire while leaving you with no recourse.” The crowd-funding system has some maturing to do before it can protect both the entrepreneur and the investor.

Though it may seem like The JOBS ACT and crowd-funding sites will serve to increase the funds available to entrepreneurs, fundraising overall is on a downward slope since last year. The LA Times reports, “U.S.-based companies raised $6.3 billion through 717 venture capital deals during the first quarter of 2012, an 18% decline in capital and 9% decline in deals from the same period last year.” The climate for new business ventures remains uncertain, and entrepreneurs need every edge available.

MyVenturePad.com is excited to share our newest free eBook on the changes venture funding is seeing in 2012. Download and read “Revolutions in Venture Funding” for expert advice on how to navigate the changing world of entrepreneurship. Jim Estill of Canrock Ventures , Tim Berry of Palo Alto Software, Mike Edelhart of the Tomorrow Project, and Antone Johnson, Attorney, all contributed to this resource. Read it for free now.

Tip of the Week: Key Insight Into Crowdfunding

Get in on the revolution in venture funding

Crowdfunding? Yes, Maybe, No. Not Yet.

Tip of the Week: Key Insight Into Crowdfunding

Get in on the revolution in venture funding