On reflection, I’m glad I can’t guess which company and I assume I don’t know who the CEO was. I ‘m very impressed by Rand Fishkin’s A Cautionary Tale from the Startup World posted on his blog over the weekend. First, because the story echoes one of my top 10 planning mistakes. Second, because because you rarely run into a post-mortem analysis so roundly blaming the CEO. 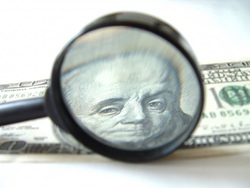 Third, because you can learn a lot from failure.

Rand keeps it anonymous, which is just as well; a piece like this would be really hard to do with specific names and faces. It starts with establishing a deep dive failure of an unnamed-but-real company:

Their trajectory was incredible, growing from $0-$75+ million dollars in their first 4 years and becoming a recognized brand name in the process. At its height, the company employed more than 130 people and their products reached customers in dozens of countries. But, tragically, 3 years after their apex, this firm sold for less than their annual revenue, laid off nearly the entire staff, and left common stock shareholders, my friends included, with nothing.

What happened? Obviously you should read Rand’s post. But here’s a bit of a summary.

First: doing too much.

First, my favorite factor,  is the attempt to do too much, which Rand describes with these quotes:

It’s an interesting paradox. Too much focus and you’re too narrow, missing opportunities, failing to see the new markets. Too little focus and you fall to pieces, doing nothing well, spending too much, and losing your identity. That – trying to do too much – qualified as Doing it All, which is #5 in my recent top 10 business planning mistakes on my main blog.

Second: not even faint praise for this CEO

Like I said, it’s good the identity is disguised, because Rand lays a whole lot of blame on the unnamed CEO, and his behavior after a co-founder left the company. For example (all direct quotes):

Do you think perhaps he didn’t like that CEO? Maybe it’s just me. He goes on to list explicitly lessons learned, several of them CEO-intensive (quoting):

And apparently this CEO made got a good sum of money out of the company while it declined. Rand said he gets credit for a successful exit, but the exit didn’t include any of the employees who had stock options. And I’ve seen second-hand some of these instances where some of the leaders make money while option holders don’t, and that’s ugly. Rand’s comment, Specifically:

If your stock or option-holding employees don’t come out positively in an exit, that exit IS NOT a success.

Rand offers several interesting lessons. Four of them are in my points above. He has more, too. Read the post.

I said in my opening paragraph I was interested in Rand’s post because we don’t get enough stories of failure. I think they make good reading. For the record, I seem to have established a theme of failure stories on this blog recently. Check out Learn Business From Failure, Lessons From Defeat, and There’s no Success like Failure.

A Long and Winding Investment Road

A Long and Winding Investment Road