Rebelmouse CEO On Dealing with the ‘Tremendous Pace of Change’

In this interview on Bloomberg television, Rebelmouse.com CEO Paul Berry talks about how Rebelmouse deals with constant change. Rebelmouse started less than a year ago and now powers more than a quarter of a million sites, including some very large brands and thousands of individuals and small businesses. 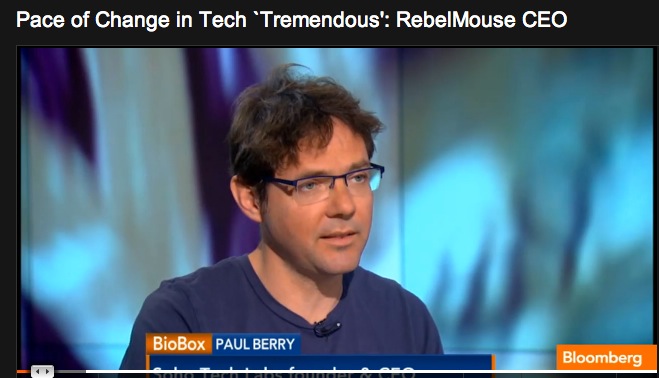 The pace of change we’re going through in technology is tremendous.

Curation plus original content is very powerful, and nothing has been built to really harness that.

We have 30 developers and we iterate probably like 10-20 push-lives a day.

A “push live” is when the web code gets published onto the site.

Disclosure: Paul’s my son, worked with Palo Alto Software before going to the Huffington Post, and has a minority financial interest.

How to Overcome Resistance to Change with Employees

How Do You Change Corporate Culture?

How to Overcome Resistance to Change with Employees