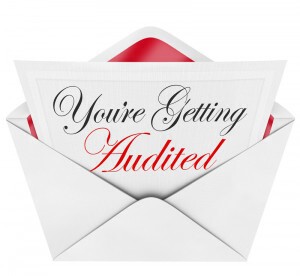 As is the case with many small businesses, owners often don’t take a salary but do incur expenses. I attend many meeting and events to do with my business and am able to charge for my mileage. My accountant takes the total mileage into account at year end and any GST/HST owing is added to the next GST/HST reporting period. This is standard practice for many small businesses.

It’s supposed to be standard practice until the phone rings and everything changes.

When the phone rang mid last year I saw that Revenue Canada was calling. Initial thoughts – “what haven’t I done now?” This wasn’t my first audit. I was audited by the same person twice before. Unfortunately, it wasn’t the same person who called the third time.

The person on the other end introduced herself and advised me that my account had been selected for a GST/HST review. Wow, bet you wish you were that lucky! I wasn’t worried as I had been through it before. Shouldn’t I get bonus points for it happening again?

The auditor was new and was going by the book. Everyone wants to impress someone, right? She was asking about things that I had previously provided. When asked if she had looked at the history of my company she told me no, she hadn’t. Of course, who wants to argue with Revenue Canada? Score 1 for Revenue Canada, 0 for Business Launch Solutions.
I was asked to provide the following information to Revenue Canada within 14 days:

The information was sent within 14 days. I guess they really liked me as they requested further information a month later, without an explanation of why. This time they wanted copies of the 5 largest invoices for earlier reporting periods. Again, 14 days to deliver.

You may not think it’s a big deal to grab the five largest invoices and submit them. It isn’t, provided the invoices haven’t been put on your credit card. I use my credit card for most purchases as it gives me extra time to pay for whatever I’ve purchased. Your credit card statement is considered one invoice, which it is, but Revenue Canada needs a copy of every purchase included on that statement, with tax shown separately. Then you move on to the remaining four invoices for each month.

So you ask, what’s the big deal? Time is the big deal. Time is the one thing small businesses don’t have. We are stretched to the limit as it is. Looking for the information, scanning or photocopying the invoices, and putting a package together to send to Revenue Canada take time. The letter from Revenue Canada reminds you that you have 14 days to submit the information for the ITCs you claimed. Failure to provide the requested information could result in the claimed ITCs being reduced to NIL. What the letter doesn’t say and you can only assume, is that if you don’t respond you are more than likely on their radar for the foreseeable future.

Information submitted – now please let me get back to work. Not! Another call requesting further information – provide the five largest invoices for earlier reporting periods. At this point I was ready to start screaming – but of course, you can’t do that.

Finally, I received a Statement of Audit Adjustments. Remember the reason for the audit was due to the mileage. They reluctantly allowed the mileage but advised I wouldn’t get it again. A couple of discrepancies weren’t allowed and not worth arguing over. But, one was worth a call. They disallowed heat and property taxes as I hadn’t provided documentation. I was miffed as I hadn’t been asked to provide the documentation.

What I learned from this audit is that much is left to the discretion of the auditor so may be some mute points, but better informed as not.

The one positive thing that came out of this – I’m now taking a salary!

Wendy is Executive Producer and Host of Real World Entrepreneur Training - a web series that follows a group of determined entrepreneurs through the challenges – and successes – of launching a new business. There are 13 episodes, each covering a business fundamental such as preparing a business plan, marketing, and driving traffic to your Website. Each episode features an experienced advisor who provides mentorship that many start-ups lack. www.idea2delivery.com

Why Your Business (and Personal) Credit Matters [VIDEO]

How to Build Credit 101 for Small Business Owners

Why Your Business (and Personal) Credit Matters [VIDEO]

How to Build Credit 101 for Small Business Owners