Origin Stories: 11 Moments That Inspired Entrepreneurs to Start Their Own Businesses 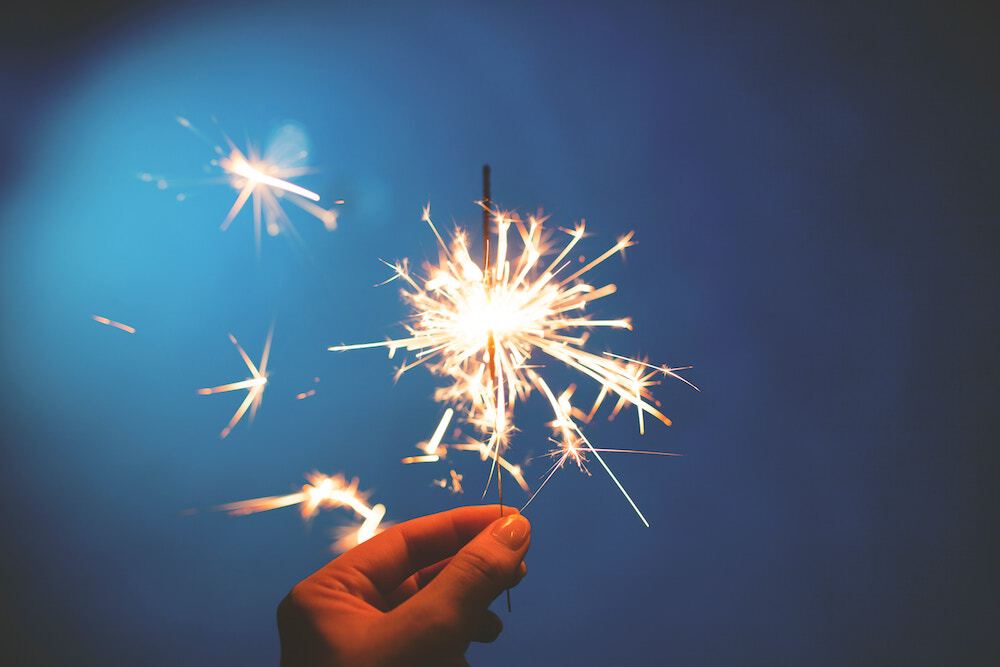 That is to say, it’s not as common to find someone who sat down and thought, “What business should I start?” Rather, the majority of entrepreneurs recognize a problem that exists and build their business around a solution.

Whether this is a problem they have personally experienced, or something their friends, family, or those in their current industry wish they had access to, these small moments of “man, I wish that existed,” often serve as the spark the inspires a new business.

I asked the entrepreneurs of the Young Entrepreneur Council to share the moments that served as the catalyst that inspired their businesses.  If you’re hoping to become a small business owner, but uncertain where to start, keep your eyes open for similar moments in your own life—it could help you light upon the perfect business idea.

1. They laughed at my idea

For Suneera Madhani, the inspiration to start Fattmerchant, a subscription membership payment processing company, came when she took the idea to her former employers—and they laughed at her.

“For years, I worked in the merchant services industry at a big bank,” says Madhani. “I saw there was a better way to conduct business (without lying to business owners and charging an arm and a leg!) and brought my idea to my bosses. They laughed.”

It was clear to Madhani that if she wanted to pursue her idea, she wouldn’t get any support at her current company, as it disrupted the industry status quo. “I knew the industry needed something new, a provider that was there for the business owner, and their reaction just confirmed I had to do it myself,” she says.

2. I suffered from bad acne

Daisy Jing of Banish had a problem herself, and couldn’t find an effective solution. “I had bad acne and did everything to help clear it up,” says Jing.

However, she didn’t launch her product right away; instead, she became a trusted voice on the subject. “I’ve tried hundreds of different beauty products, then I reviewed them and shared,” she says.

”I then developed a following of over 50 million views on YouTube and became a trusted source of information. At that time, I was able to make my own natural skin care line. Eventually, my followers saw great results on my skin and encouraged me to launch my own business.”

3. There was missing data on our most engaged fans

“As an artist manager for 12 years, I was frustrated that we didn’t know who was in the audience,” says Betsy McHugh of Hurdl, Inc., a platform that collects and analyzes data on audience members from live events. “Even the biggest ticket sellers in the world know less than 20 percent of people at an event.”

McHugh noticed a huge missed opportunity to better understand her clients’ consumer base. “We were missing sales opportunities because you can’t market to people you don’t know,” she says. “I believed bringing the audience into the live-event experience was the solution—and it is.”

Have you ever seen something so poorly executed you thought, “I could do that way better!” That’s how Peter Boyd, a lawyer, began PaperStreet Web Design, which he began as a reaction to the terrible websites law firms used. “I started PaperStreet over 15 years ago because most law firms websites were horrible,” he says. “Actually, many law firm sites are still horrible, but they are getting better collectively.”

He set out to fix the problem himself: “I started by creating websites for law firms, while still practicing law at the same time,” says Boyd. “At a certain point, I simply enjoyed building websites more than giving legal advice, and decided to take the plunge full-time.”

Anger was the driving force behind Benjamin Berman’s foray into entrepreneurship, which led him to start Optimize For Growth, a business management tool.

“I was appalled at how college student customers were being addressed in such a patronizing way by companies stumbling over themselves trying to be cool. Between all the phony ‘dude, bro’ marketing and trashy goods marked up to the extreme, my earlier experience as a customer made me go out and create a place where college kids are treated like real people and sold real goods.”

6. I was looking for freedom

When Bryce Welker had the idea for Crush Empire, he saw it not only as a way to have more control over his life by becoming his own boss, but also as a way to empower those in his industry. “I came up with my business idea while shackled to my desk at an accounting firm,” says Welker. “I wanted the freedom of running my own business, and by starting my website, I could give future CPA exam test takers more freedom in their lives.”

For Welker, this was a win-win—not only did he get to start his own business and work for himself, but his business had the potential to change the lives of others in his field, and improve the industry as a whole. “I knew how to disrupt an industry and realized my experience could help others avoid my mistakes—a win for everyone,” says Welker.

Sometimes it takes a bad situation to highlight the need for a solution—and it was in this way that Luigi Wewege developed the idea for his business, Vivier Group.

“The financial crisis of 2007/08 had little effect on the New Zealand banking sector, due to their much sterner regulation,” he says. “Post-crisis, I began to notice an increase in people from around the world inquiring about the attractive rates offered within the country. Thus, the idea was born to service these international depositors wanting to receive higher interest rates on their savings.”

Keep in mind, of course, that there’s a fine line between exploitation of a crisis and creating something to fill a real need. However, it’s smart thinking to consider how you can potentially create an innovative answer to an existing problem that has arisen out of a crisis.

8. I wanted to help others in my shoes

If you’ve spent days, weeks, or months teaching yourself how to do a difficult task, you’d probably be the first one to speak up if your friend had any questions, or was wondering where to start. Being able to share her extensive knowledge on sales is what inspired Leah Neaderthal to start her business Growthworks Solutions as a way to help other entrepreneurs who were unsure of how to approach the process of selling.

“When I started my first business, I didn’t know anything about sales or selling,” says Leah Neaderthal.  “It took me years of teaching myself, reading everything I could, trying every approach, to truly develop a selling style that worked and didn’t feel sales-y.”

Neaderthal knew she wasn’t the only new entrepreneur who was uncertain how to be their own salesperson. “I know so many other entrepreneurs struggle with this, so my business shortcuts for them what it took me years to learn, so they can grow their businesses too.”

9. I attended a philanthropy concert event

“It started as a fraternity philanthropy concert: I made shirts to sell as a fundraiser and put on a concert,” says Tony Poston of the creation of his business, College Hill Custom Threads.

Though selling t-shirts started out as a way to raise money for a single event, Poston discovered that his new business idea enabled him to fulfill his passion for working with universities, and also allowed him to move back to his college town. “I couldn’t be happier in a small town, living the dream,” he says.

10. I wanted to extend the spirit of holiday giving

If you’ve ever given to a family during the holidays, you know that it feels rewarding to help others in your community. Thomas Doochin of Daymaker wanted to take this spirit of giving even further: “We started Daymaker as a side-project in college to make holiday adopt-a-family more connective and more transparent for our own families’ giving,” he says. “Three weeks after launching, thousands of parents and kids around the country had used the platform for their holiday giving.”

The success was unexpected, but it presented an opportunity for Doochin to continue focusing on brightening the lives of children in need. “We then realized the impact we could have if we catered a giving experience around kids—specifically birthdays.”

11. A patient asked a question

If you constantly hear “I wish you guys did XYZ!” in your industry, this might be a sign that there is a niche you can fill.

“The idea for Opternative came about when a former patient of mine asked the question, ‘Why can’t we do this eye exam at home?’” says Steven Lee of Opternative.

Lee realized how difficult it was to come into the office for eye exams for some his patients, and decided to create a solution to that problem. “My patient was a single mother who found it difficult to visit the clinic for regularly; she required a lot of routine visits to check on her glasses prescription strength, and a system that could be utilized at home was something that would make her life a lot easier.”