Shutterstock, Photos, and Pricing is Magic

I’m getting more and more interested in the relationship between free work, fremium, and normal for-pay work especially in the area of creative works, like music and art, photography, and blogging. 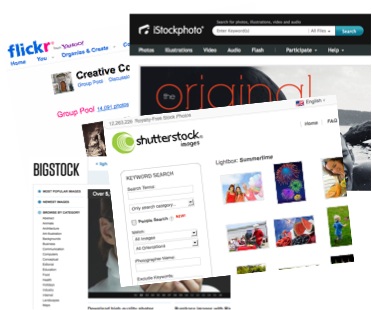 This whole mishmash seems messy. Take images, for example: you can steal untold millions of images on the Web, you can get millions free without stealing them, or you can pay a little bit, or a lot. You decide. And as I started doing slide presentations with pictures instead of bullet points, at first I got them from Flickr’s Creative Commons, meaning pictures that were offered for free as long as I named the photographer. Then I used istockphoto.com, which sells pictures on a credit system, for roughly $1 per picture. For the last year or so I’ve been using shutterstock, a subscription service that offers a lot more than I need, with a lot better resolution, but for a subscription price that amounts to hundreds of dollars a month, or about $10 per picture. They give me a free account because my blogs are getting good traffic. I make sure to give Shutterstock proper attribution, and to disclose that I get it free.

The plot thickens, for me at least, when I saw a couple of months ago that Shutterstock had bought Bigstock. What’s up with that? Bigstock sells pictures for as little as $1 each, although most packages end up at about $3 per image. Doesn’t that compete with Shutterstock’s $249 monthly subscription for up to 25 pictures a day? Or its five pictures for $50?

I asked Jon Oringer, founder and CEO of Shutterstock. Doesn’t the Bigstock pricing cut into Shutterstock sales? Apparently not. Jon refers to Bigstock as “credit-based” pricing, since you buy the credits in a package, then use them. That’s different from subscriber based pricing. And although I saw the credit-based model as just plain cheaper, he said:

The two models serve two different types of buyers and we’ve seen no negative impact on the amount of respective clients for the different pricing models. In fact, both have continued to grow on their own at an incredible pace.

Once again with this example, it seems like pricing is magic. Does the availability of millions of free Creative Commons images on Flickr have an effect? Jon says no:

Actually, it does not have much of an impact on us. There are at least six different Creative Commons licenses, so in addition to choosing an image that offers the correct license for the customer’s intended use, the customer also has to ascertain whether the image has appropriate model and/or property releases. In contrast, we spend a lot of time, energy, and money to make sure every image in our library stands up legally.

I asked him about my favorite quote: the secret to failure is trying to please everybody. Is this a lack of focus, spreading out too far, trying to appeal to everybody? Apparently not, according to Jon:

We’ve dominated the subscription-based stock image and footage markets, and an expansion into the credit-based market was the next logical move for us. We’ve brought the same expertise that helped make Shutterstock so successful to Bigstock, and it’s starting to pay dividends.