Sometimes a well-publicized new product pulls an entire market with it. Since I bought my iPhone last summer, I seem to see more and more cool phones popping up on the market all the time. By cool phones I mean nice integration with GPS, mail servers and even nice music and video, the kind of stuff that almost (but not quite) makes me regret buying the iPhone. 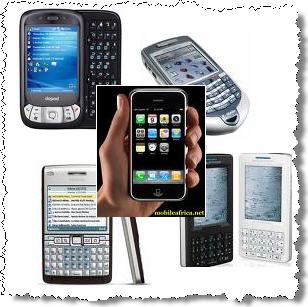 That, of course, is new business bubbling up out of market demand, offering new opportunities. I don’t know what they are, but maybe you do. In which case, this is just a reminder.

Thanks to Steve King of Bizlabs for his weekend post Smart Phone Sales are Accelerating.

Smart phone sales continue to grow at a brisk pace. According to the research firm NPD Group:

We expect smart phone sales to continue to rapidly gain share and Internet access via cell phones to become common over the next three to four years. This trend and its impacts on small business are covered in our Connected World of Entrepreneurs research report.

New markets? New user needs? Growing demand? I see a whole new industry of iPhone add-ons from cases to speakers to earphones to docks and lots of other things. Will a regular Bluetooth keyboard work with the iPhone? With your smart phone? Is there a better input device? You don’t have to be a major phone manufacturer to solve related problems. And that’s new business waiting to happen.

Good Time to Be in the Phone Business

Who answers the phone?

Selling Smart: Not All Sales Are Good Sales

Good Time to Be in the Phone Business

Who answers the phone?