What Is a Social Enterprise?

The popular ice cream brand Ben & Jerry’s is a certified B corporation—a type of social enterprise.

A social enterprise is defined by its mission, specifically that it makes a positive contribution to a social cause. Because of this, the structure of a social enterprise can vary. Nonprofits are certainly social enterprises, but many for-profit companies fall into this category by making the conscious decision to have their focus be an altruistic cause, rather than the maximization of profits. Of course, there are also ways to form both a for-profit and a nonprofit arm of the same venture. In terms of legal structure, social enterprises have many options.

“In its early days, the social enterprise movement was identified mainly with nonprofits that used business models and earned income strategies to pursue their mission. Today, it also encompasses for-profits whose driving purpose is social. Mission is primary and fundamental; organizational form is a strategic question of what will best advance the social mission.”

An excellent example of a social enterprise is The Empowerment Plan—an organization that hires people currently living in homeless shelters to create a combination winter coat, sleeping bag, and over-the-shoulder bag, which is then distributed to the homeless of Detroit free of charge. This incorporates a socially beneficial mission with a manufacturing arm that produces a useful product for its targeted demographic, while also directly providing employment to members of that demographic.

According to the Harvard Business Review, in most U.S. states for-profit companies can accept donations and nonprofit companies earn revenue, which dispels the myths that a nonprofit can’t make money, or a for-profit venture would miss out on donations. They also note that after the 2007 recession—when things looked grim for the U.S. economy in general—U.S. charitable giving fell by only 10 percent. Ultimately, you can use either structure, or decide to form separate entities that serve the same cause in different ways, working together. 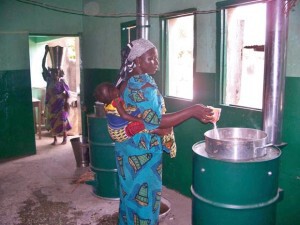 A woman works in a Nigerian stove factory (via instove.org).

One social enterprise that embodies this model is InStove, an organization that sustainably makes the world’s most efficient stove, for use primarily in developing nations where fossil fuels and electricity are scarce, and walking long distances to gather wood can be dangerous. Here in the U.S. it is a 501(c) (3) nonprofit, but because of its dedication to sustainability, it is now working with local communities to form separate stove manufacturing factories in their countries. InStove contributes both the technology for efficient stoves, and the means to create sustainable jobs.

Overall, the consensus among the experts is that the structure of the social enterprise should be decided by what will best serve the organization, facilitate its charitable mission, and, of course, keep it sustainable. “Our best chance to make the world better is to agree that the choice among corporate structures should be made entirely in service of social impact,” says Rich Leimsider, the Vice President of Fellowship Programs at Echoing Green, a nonprofit that invests with social entrepreneurs.

Nonprofits have clear social missions and are not profit-driven. They have to meet specific legal requirements for their organizational structure, and demonstrate the transparency of their funding. This of course does not mean that nonprofits are able to generate revenue to build a sustainable venture, but it does mean that any surplus will be put right back in the coffers. In the United States, most nonprofits use the 501(c)(3) structure, which allows the organization to be tax exempt, and requires regular reporting to the IRS. Each U.S. state has a State Charity Official that can be contacted for more information.

L3Cs, or Low-Profit Limited Liability Companies, are one form of legal structure in the U.S. that social enterprises can take. An L3C is a variation on an LLC, essentially a hybrid form of a nonprofit and for-profit company. The organization is designed so that it can function generally as an LLC would, while legally accepting foundation grants because of the organization’s socially beneficial goals. L3Cs were first formed in 2008, and are currently only legal in Illinois, Kansas, Louisiana, Maine, Michigan, North Dakota, Rhode Island, Utah, Vermont, and Wyoming, as well as the federal jurisdictions of the Crow Indian Nation of Montana, and the Oglala Sioux Tribe. 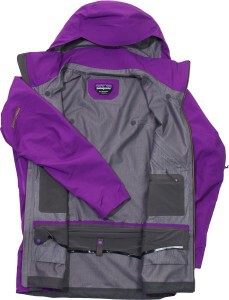 Outdoor wear company Patagonia is a certified B corp.

B corps are corporations that are for-profit, but go through a certification process administered by the independent third party nonprofit B Lab, to be able to publicly demonstrate that their business is focused on a social mission. You can view the steps of the certification process here. Certification as a B Corp is available globally, and there are currently certified B corps in 34 countries worldwide.

A Benefit Corporation is a legal structure for a business, as an L3C or LLC is. Benefit Corporations do not need to be certified, but they are required to make publicly available their performance on their social missions as compared to a third party standard. The basic idea behind a Benefit Corporation is that it is a for-profit, non-tax exempt entity that is legally able to emphasize it’s stated social or environmental goals ahead of maximizing profits for shareholders.

What about the rest of us?

The world is full of opportunities to make a positive impact. Social enterprises are really defined by their mission and their accomplishments, rather than their legal structure, so realistically any business can choose to become socially-minded and transparent, and dedicate themselves toward working for the common good. The Huffington Post reports that as of 2012, 31 percent of those defining themselves as social enterprises were LLCs. Some business leaders make the argument that any good business can be a social enterprise.

“The definition [of success] has expanded to include contributing something to the world.”

To many prominent entrepreneurs and impact-focused investors, socially-minded businesses are the direction of the future. Tim Berry, founder of Palo Alto Software, describes feeling that “the underlying story of a business, the people behind it, and its values, these all matter more now than they used to.” Blake Mycoskie, CEO of the social enterprise Tom’s Shoes, says that he speaks with entrepreneurs and young people across the US, and he’s noticing a change in opinion on what constitutes success in the modern, globally interconnected world. “The definition has expanded to include contributing something to the world and living and working on one’s own terms,” Mycoskie says.

Given that of all existing U.S. social enterprises, 60 percent were formed after 2006, they just might be onto something. 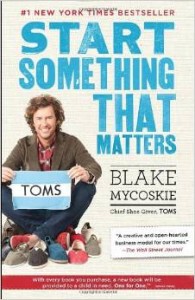 Start Something That Matters by Blake Mycoskie

Written by the founder of social enterprise Tom’s Shoes, this book is full of tips for making a difference with your business.

This site is a wealth of information about B Corporations, from details on who approves the certification to the steps of the process and related legislation, including tips for international corporations and those operating entirely outside of the United States.

A resource for those looking to start social enterprises in the United Kingdom.

Do you think the definition of success is expanding to include social entrepreneurship? As the world becomes ever more interconnected, do businesses have a responsibility to do good? Share your thoughts in the comments!

Power to the People: How to Create a Profitable Social Enterprise

Power to the People: How to Create a Profitable Social Enterprise