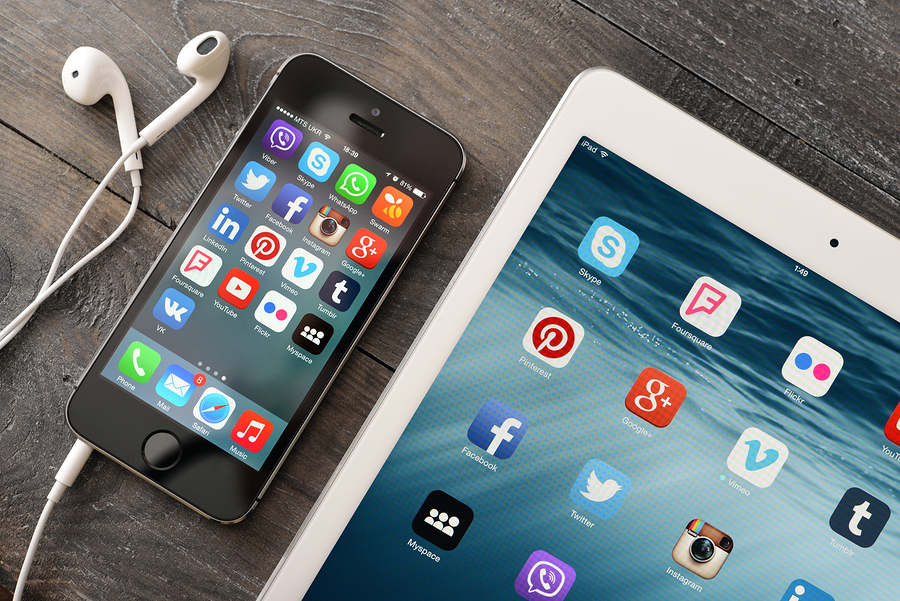 When it comes to social media, many entrepreneurs are self-taught. You’ve learned your way around Facebook and Twitter with personal accounts, so you figure you’re good to go when it comes to a business account. Your experience will help, but there are some unspoken rules in the social media world that you might have missed while using the sites to dig up pictures of your old high school friends.

Whether you’ve just decided to launch a social media site for your new business, or already have a well-established social presence, it’s important to make sure your sites are professional. We asked Hannah Meuser, a social media strategist at the Portland-based marketing company Anvil, to point out common social media mistakes that every business owner should avoid.

When you’re posting to social media, it’s natural to take advantage of trending topics. However, it’s important to make sure your post is appropriate. Too many businesses try to capitalize on trending topics, and end up posting something insensitive.

For example, in 2012 after the mass shooting at the Century movie theater in Aurora, Colorado, the hashtag #Aurora was trending, as Twitter users discussed the event and voiced their condolences. Apparently, the person tweeting for this clothing store didn’t know why #Aurora was trending, and attempted to use the hashtag to promote a dress. Needless to say, the tweet came off as inappropriate and insensitive. 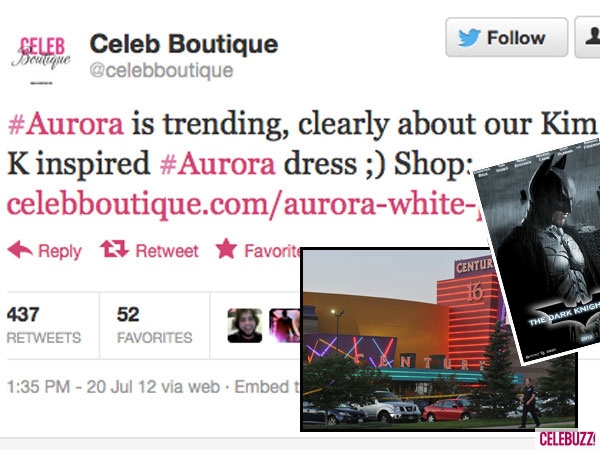 Interacting with trending topics is a great way to generate social media activity for your business, but before attempting to utilize a trending topic to your business’s advantage, make sure to establish that the topic is relevant, appropriate, and not in bad taste.

When it comes to posting frequency, there isn’t a hard and fast rule, but you don’t want to alienate your followers by being a chronic “overposter,” Meuser says. You’ll want to look at your engagement levels to help guide the number of times you post, but if you’re using Facebook, three to five posts a week is a good number. When it comes to Twitter, a tweet a day is a steady amount of content.

The whole point of social media is to engage with your target audience, Meuser says. If you’re not interacting with your followers, what’s the point? Even if a customer complains, or says something negative about the company, you still need to respond in a timely and appropriate manner.

British Airways learned this the hard way: A customer complained about the airline’s service, and his response went unacknowledged for eight hours. To make matters worse, in this particular case the complaining customer actually paid to promote the tweet so it was seen by an even bigger audience. 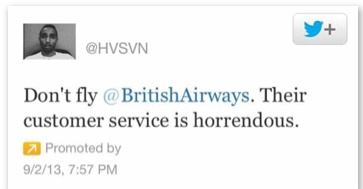 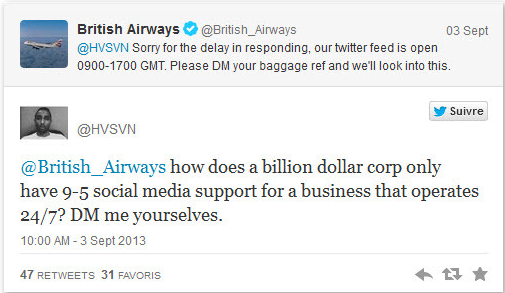 That was British Airways second mistake—social media is constantly up and running. If your business wants to establish a strong social media presence, be prepared to respond to messages outside of your traditional business hours.

You can mention an upcoming sale or advertise a new product on social media, but that shouldn’t be the only thing you’re serving on your sites. Use the 80/20 rule—eighty percent of your content should be engaging posts and information that your audience wants to read, while the remaining 20 percent should be promotional.

If your social media plan is to sell, sell, sell, you’re going to fail, fail, fail. You need to offer a diverse array of information on your sites. For example, if you own a clothing store, you could post links to fashion articles, ask for feedback on a hot new accessory, or post pictures of celebrity clothing trends. Diversity is the key to social media content.

Can you think of another social media mistake? Add it to our list in the comment section below.