How to Start a Franchise Business

A lot of people are drawn to franchising. If it’s right for you, it can be a road map to profitable business ownership. You can get in on a great idea or successful business that has a track record of success and a strong brand, and still run the business yourself.

Franchise expert Joel Libava defines a franchise as “a type of business that is owned and operated by individuals (franchisees) but that is branded and overseen by a much larger—usually national or multinational—company (the franchisor).”

Having a franchise means you’re getting on the bandwagon of an idea that’s already proven successful. Of course, as with any business, there are still challenges involved in starting a franchise and running one. As much thought will have to go into location, hiring, and management as any other type of business, even with the business model and brand laid out for you. And for some entrepreneurs, the loss of control (you are ultimately overseen by the franchisor) can be a challenge to the fiercely independent.

So you now know that you’ll have to find the right franchisor if you wish to become a franchisee. You want a popular brand, and a company with a good reputation for supporting its franchisees. How do you get there?

Now that we’ve covered the general steps for opening a franchise, we’ll explore a few of the industries a franchisee could decide to partake in. There are over 3,000 franchised brands in the U.S., so we can’t cover everything, but let’s take a look at some of the most popular types of franchises that are available.

We’ve got a lot of resources for you to explore as you delve deeper into your research on franchise ownership.

One of our greatest assets on this site is our free sample business plan library, and it includes several different options for franchise business plans. These are a great way to get your feet wet and check out some examples of what a franchise looks like on paper, from mission statement to the financials:

We’ve got a category page for franchises, so you can always check back and see new franchise-related content as it appears. Here are a few articles to get you started: 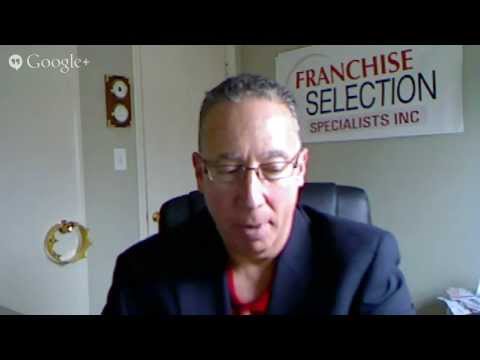 Cooking up a brand new idea has its value, but there’s no reason you can’t piggyback on a time-tested method and reap the benefits, as many franchisees are already doing today. With planning and thoughtful execution, a franchise business is a rewarding enterprise.

Have you started a franchise? How did you choose your brand and franchisor? Tweet us your stories!

Is a Startup or a Franchise Right for You?

Is a Startup or a Franchise Right for You?