Starting a Nonprofit: Chapter 1 of The ‘RIDE Eugene’ Story

Drunk driving is a problem. But in the moment that it’s most preventable—when an intoxicated person leaves a bar or restaurant to drive home in their car—there is no easy or obvious solution. If the bartender takes their keys and calls them a taxi, who pays for the taxi ride? And even if the intoxicated customer decides to call their own taxi for a ride home, where do they leave their car overnight, and how do they return to claim their car the next day? Right now, prevention is a hassle. But it doesn’t have to be.

See Also: How to Start a Nonprofit

In Oregon, nearly 30 percent of all traffic fatalities are related to drunk driving. In Eugene, Jonathan Russell thinks he can bring that number down. He envisions a new kind of drunk driving prevention service: a team of certified, sober drivers, available to meet intoxicated bar patrons at their car and drive them safely home, in their own car, for free. He calls it Rides for Intoxicated Drivers of Eugene, or RIDE.

You know you can—why don’t you just get out there and start doing it?” 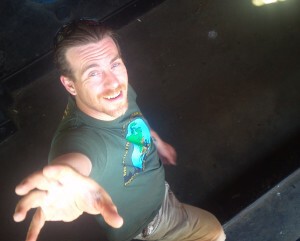 “My dad was a drunk driver,” Jonathan said of his motivation to develop a drunk driving prevention service. “I’ve watched more close calls than I can think of.”

And although the idea for RIDE has been simmering in his mind for a long time, Jonathan found himself continually putting off the project, waiting for the right time. He credits his girlfriend, Casondra Johnson, for being the “driving force” of his decision to get RIDE off the ground now: “She said, ‘You know you can—why don’t you just get out there and start doing it?’ And she was totally right.”

Adapting the business model for a nonprofit service 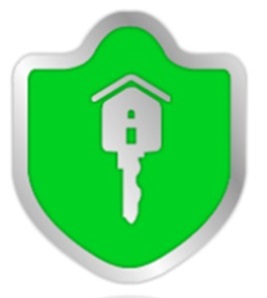 In his research, Jonathan uncovered existing services similar to RIDE in other cities—Be My DD, for example, operates in much of the country—but none of them were nonprofit organizations. He realized quickly that in order to launch RIDE as a nonprofit, he’d have to reinvent the business model. In RIDE’s model, it’s not the people being driven home that are the clients, but the bars and restaurants serving those people alcohol; the bars can become “sponsors” of the RIDE program and post the green shield decal—RIDE’s logo—in their window, which means that their patrons are guaranteed free access to the RIDE service.

Because Oregon is one of 38 states with a dram shop law, which leaves the bar or restaurant serving alcohol partially liable for any injuries or financial damages resulting from an intoxicated patron’s actions after leaving the establishment, becoming a RIDE sponsor could be a huge financial benefit to Eugene bars. “I think of this as insurance for the bars,” Jonathan said—the more intoxicated patrons who make it home safely, the lower the chances that any injuries or accidents will occur and the lower the chances that the bars will be on the hook for damages in court.

How to fund a nonprofit startup: LivePlan and Indiegogo

In order to get started, RIDE needs 501(c)(3) certification, city licensing, liability insurance and certified drivers, all of which costs money.

Jonathan is doing RIDE’s forecasting and financial planning with LivePlan, a cloud-based business planning software. “I’ve used it before for business planning,” he said. “I liked LivePlan a lot and I could see how it would work great for planning a nonprofit, too.”

It was LivePlan’s forecasts for RIDE that led Jonathan to realize he needed some seed funding in order to reach his goals.

“If I do it out-of-pocket,” Jonathan said, “it might not get off the ground until next year, or later.” But he wants to fully launch RIDE by New Year’s Eve, so that he can service what is statistically the worst night of the year for drunk driving accidents. And in order to get the ball rolling faster, he’s turning to Indiegogo for funding. “They are the only [funding site] that allows you to be a nonprofit,” Jonathan said, and unlike Kickstarter, Indiegogo also lets fundraisers take home all of their donations, even if the campaign doesn’t hit its goal.

Once RIDE is in operation, Jonathan expects that 90 percent of operating costs will be covered by sponsors’ fees—somewhere between 1 and 3 percent of their weekly sales, Jonathan estimates, “so that it’s variable and won’t break the bank”—and that the rest will come from donations, grants and fundraisers. Eventually he’d like to have a fleet of RIDE vehicles for caravaning, so that the teams of drivers won’t need to rely on their own vehicles to get back to the base station after dropping off a bar patron, and someday soon, Jonathan would like to see RIDE’s services expand to other cities in Oregon, and even to other states.

“This issue is close to my heart,” Jonathan said. “I want to be a part of providing the solution.”