There’s a double win for Up and Running with a story I found this weekend on The New York Times. It’s an interesting about-face for a Web winner who’s now investing in print magazines with an edge. And it’s also another turmoil story of founders arguing about whose idea is whose, and who owns what. This is in Web Readers to Fill the Pages in The New York Times.

“I spent my time at CNet talking about how print was going to be challenged by the Internet and specifically how we were going to make magazines go away,” he said. “But two years ago I realized I was still reading over 100 magazines a month. I like holding them and turning the pages. And the images are better than on the Internet.” 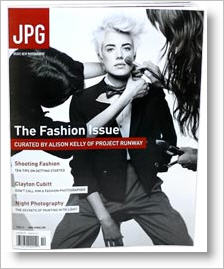 Online readers vote on their favorite submissions appearing at JPGmag.com. Then a tiny staff of 10 designs a layout for the winners and about 50,000 high-quality slick-looking magazines are printed six times a year. They are sold through $25 annual subscriptions and on newsstands for $6 each. The online version is free. Readers can also download and print a PDF file of the entire magazine free, because the publishers assume that physically holding a high-quality magazine is more satisfying than viewing it online and therefore will not cannibalize newsstand sales. Even with that freebie, Mr. Minor says that 70 percent of his magazines on newsstands are purchased, a surprisingly high sell-through rate; most magazine publishers would be thrilled with 50 percent.

That’s cool, but that’s not the end of the story. Part of my charter in this blog is to help you foresee, and therefore prevent, the ownership and idea disputes that come up in a startup when they aren’t well-defined from the beginning. This happened with 8020, the company Minor is backing.

The startup was not without turmoil. Mr. Powazek (along with his wife, Heather Powazek Champ, also at the magazine since its founding) left 8020 in May, saying that a power-hungry Mr. Cloutier had pushed him out. On his blog, Powazek.com, he accused Mr. Cloutier and Mr. Minor of minimizing his contributions to the new and old versions of JPG. He was particularly upset that the earliest issues had been taken off the site.

Mr. Powazek said he did not realize his influence would be diminished so severely when he agreed that Mr. Cloutier should run 8020. He also laid claim to the idea for 8020, pointing out that he and his wife put together the first e-mail-driven version of JPG without Mr. Cloutier.

While he no longer has a role at 8020, Mr. Powazek still owns a small percentage of JPG. Mr. Cloutier does not dispute that the partnership ended badly or that the first issues were taken off the Web site. But he said it was necessary to distinguish between the incarnations of the magazine, since the new one was so different. And he said Mr. Powazek obstructed the introduction of the new company and magazine and alienated the staff members by refusing to let newcomers contribute to what he saw as his baby.

There is a lesson there for you, with your startup. Make it clear between founders before there’s money: Who does what? Who owns how much, and why? What are the roles each of the founders play? Get that straight ahead of time. These bad feelings sometimes lead to serious legal problems, and most of these can be avoided by making things clear from the early stages.

The good news in this case is that the venture goes on. Its goal is to make money as a hybrid of print and web revenue.

Nevertheless, Mr. Minor and company are so happy with the business model that they have produced a second user-generated magazine called Everywhere, devoted to travel. It went on sale last week.

The JPG and Everywhere sites have lots of what the staff calls easy jumping-in points, features meant to get users involved without intimidating them.

“Ask someone to write a magazine story, and they freeze up,” said Mr. Cloutier, who has designed magazine websites and helped start “CurrentTV.” “But say ‘send us a postcard,’ and it becomes easy.”

Users can submit photos, writing and travel recommendations to Everywhere and comment on everything. If a comment is popular enough, it might end up in print under someone else’s photo.

8020 tries to make the magazine more readable by limiting advertising. Web ads are subtle, no pop-ups. The dozen or so advertisers in the print issues are limited to the first few pages, the back and sponsorships of special sections. Adobe Systems, Sony, Epson, Audi and Virgin America have bought ads.

8020 can afford to limit advertising because, Mr. Minor said, it does not need it to make a profit from them. It says it makes money on each subscription and newsstand sale–the opposite of the traditional magazine business. And while JPG’s circulation is only 18,000 subscriptions, the company said it needed to sell just 30,000 to break even on each issue.

The small print runs and low overhead leave money for quality paper, an increasing rarity among magazines. It is also reflected in the content. Data, like hotel phone numbers and addresses, is likely to be on the web but not in a print version of Everywhere. Longer stories and photo essays might be featured solely in print. Now they will see whether users share their vision.

In the meantime, Mr. Minor and the 8020 staff are kicking around ideas for the next magazine. Mr. Minor said he was in the venture for the long haul. “I would be really upset if it didn’t work because it should work,” he said. “We should be able to build a large media company based on people publishing for themselves.”