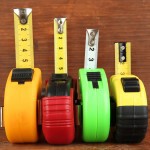 When launching a new company or marketing campaign, your major concern shouldn’t be whether or not you can execute on the plan. It should be whether the idea is worth investing in at all.

This was the major theme behind a discussion my company hosted recently with “Lean Analytics” author Alistair Croll. He suggests that instead of believing the mantra “if you build it, they will come,” companies should instead say, “if they would come, you should build it.” Fortunately, today we have access to enormous amounts of behavioral data that can answer this latter assertion. I regularly review and write about technology that analyzes such data from social media, so I wanted to know more about strategizing around such insights.

We shot the video during this year’s SXSW Interactive Festival in Austin, Texas. Croll was in town leading a workshop called “Advanced Social Media Monitoring.” We discussed how companies can use data to test the riskiest parts of their business or marketing campaign idea first. Then once they learn what the market responds to (and what moves the needle on revenue, site traffic, clicks or another important performance metric), you can invest in fully building out the concept.

He gave the example of the vacation rental site AirBnB.com. The company wanted to grow revenue, which meant they needed more rental listings and more people renting. The CEO had a hypothesis that people would be more inclined to rent if properties had better images. Homeowners would also be happier to do business with them if their homes rented faster because of the improved images.

Instead of hiring an army of photographers and building out new website features for the idea, the company  just made it look like they offered this service. They signed a contract with a photographer for a few properties, then posted those images. What they found was the properties with the nicer images rented 2 or 3 times faster than comparable rentals. So the theory panned out in revenue, and they fully built out the service.

This was just one example Alistair gave during the interview. To learn more about using this concept, also dubbed “The Lean Startup Movement,” check out our video interview below.

Ashley Verrill is a market analyst at Software Advice. She has spent the last six years reporting and writing business news and strategy features. Her work has appeared in myriad publications including Inc., Upstart Business Journal, the Austin Business Journal and the North Bay Business Journal. Before joining Software Advice in 2012, she worked in sales management and advertising. She is a University of Texas graduate with a bachelor's degree in journalism.