Our Favorite Movies of 2015 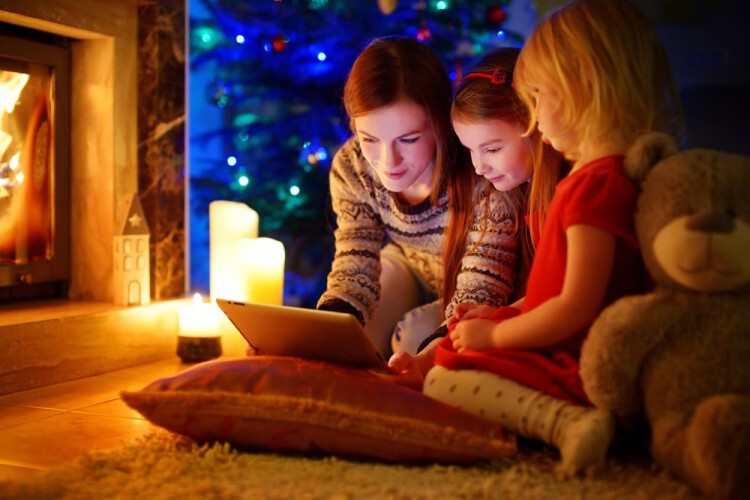 It’s the most wonderful time of the year!

No, not because of time with family and celebrating the holidays, although those thing are pretty fantastic.

This is my favorite time of the year to watch movies. As the year comes to a close and things start to wind down, I like to catch up on the movies I meant to see, and check out the holiday’s big new releases.

If you’ve been busy running or planning your own business, it’s a good idea to take a few hours and let yourself unwind. Movies are a great way to do this. They can inspire you, make you think, or give you something to laugh about. My favorite movies are the kind that make me better understand the reality of the world I live in, or view it from another person’s perspective.

If you’re looking for a movie recommendation, I’ve curated this list of 15 films from 2015 that are worth your time. Everyone’s tastes are different, but I’m sure there are two or three on this list you’ll enjoy.

Some of this year’s best movies bring to life the stories of people who aspire to great things and have to survive against the odds. Starting a business can feel like a monumental (and potentially life-threatening) endeavor, so these movies will help inspire you to keep pushing to achieve your dreams.

Joseph Gordon-Levitt stars in this energetic retelling of Philippe Petit’s real-life attempt to walk a tightrope across the World Trade Center towers in 1974.

The true story’s details are better recounted in 2008’s Academy Award winning documentary “Man on Wire,” but “The Walk” will give you a first-person view of the dizzying heights and magic of what Petit achieved.

“Everest” is inspired by the true events of a disastrous Mt. Everest climb in 1996, a story made famous by the bestselling book, “Into Thin Air.” The frightening beauty of the world’s tallest mountain is on full display here, and the tale of survival is harrowing.

“Everest” is not for the faint of heart, but is worth the price of admission.

The Martian is not based on a true story.

You might think that’s obvious, but not everyone is as smart as you. Based on the bestselling fiction novel by Andy Weir, The Martian is as thrilling, funny, and inspiring as any movie you’ll see this year. Matt Damon’s performance is nearly perfect, and the real science behind the science-fiction shines.

This was one of my favorites from 2015. I can’t recommend it highly enough.

Would you be able to survive a wilderness trek of over 200 miles? Could you do it with a broken leg and open wounds that expose bare ribs after being mauled by a bear? In 1823, Hugh Glass did exactly that. Leonardo DiCaprio portrays Glass in this legendary true story, directed by Alexander Iñárritu (fresh off his Academy Award for Best Director).

The following films will challenge you to think about the world you live in, where it’s headed, and the people who changed the world around them.

Despite having a better writer (Aaron Sorkin), a better director (Academy Award-winner Danny Boyle), and a much better cast (Michael Fassbender, Kate Winslet, and Seth Rogen, among others), “Steve Jobs” suffered by coming after too many other biopics about the enigmatic co-founder of Apple Computers.

Still, if you’ve yet to see a film depicting embellished details of Silicon Valley’s greatest visionary, “Steve Jobs” is the one you should watch.

You don’t have to like rap music to appreciate the cultural impact NWA had as they slammed onto the scene in the mid-1980s.

Reflecting racial tensions that unfortunately still ring true today, “Straight Outta Compton” is a poignant biopic about a rap group that demanded its voice be heard.

It’s in your best interest if I recommend this movie while giving away as few details as possible. “Ex Machina” is a science-fiction, cerebral thriller that asks big questions within the confines of a small cast and limited set pieces.

Starring Oscar Isaac and Domhnall Gleeson (who both also appear in “Star Wars: The Force Awakens”), with a great performance by Alicia Vikander. This was another one of my favorites from the year. Go watch it; then let’s talk about it.

“The Big Short” is officially billed as a drama, but with Adam McKay directing (Anchorman, The Other Guys) and Steve Carell in a leading role, it effectively straddles the line between comedy and drama.

Based on the true story first told in the nonfiction book of the same name, “The Big Short” tells the tale of those few who saw the 2008 market crash coming, and bet against the banks in order to win big. The cast is rounded out by Christian Bale, Ryan Gosling, and Brad Pitt.

Last year I recommended Chef, Jon Favreaux’s movie about a highly skilled chef who becomes a food truck owner. This year, Bradley Cooper takes on a similar role as a head-chef looking for redemption.

“Burnt” has received mixed reviews, but Cooper’s charisma takes center stage and makes the movie enjoyable. If you’re a foodie, give this one a look.

You can take the whole family to see these movies, without having to sacrifice your own sanity.

It’s no secret: At Bplans, we admire the Pixar culture as much as we love their movies. While it’s been noted that the quality of their output has declined over the past couple of years, “Inside Out” is a shining return to form for the studio.

2015 gave us two Pixar movies, but if you only have time for one, “Inside Out” (an Oscar frontrunner) is much, much better than “The Good Dinosaur” (on track to become the studio’s first commercial disappointment).

See Also: The Pixar Way: 37 Quotes on Developing and Maintaining a Creative Company

This is unequivocally the movie of 2015. No one doubted the guaranteed success of Disney’s acquisition of Lucasfilm in 2012, but what remains to be seen is just how high The Force Awakens will soar. It will be monumental, and you won’t want to miss it.

Mark Twain said “truth is stranger than fiction,” and oftentimes it can be more fascinating. Here are a few documentaries that are sure to fascinate from 2015.

With the massive success of The Lego Movie, the toy company surged to yet another level of cultural significance. Now, in A Lego Brickumentary, you’ll be able to learn about the company’s history, and how the “Toy of the Century” has inspired millions around the world to express their creativity.

13. Steve Jobs: The Man in the Machine

If the several biopics haven’t piqued (or satisfied) your interest, perhaps this documentary directed by Academy Award-winner Alex Gibney will finally meet your needs.

With first-hand accounts from the people who knew and worked with Steve Jobs, alongside footage of Steve voicing his own opinions, “The Man in the Machine” offers a compelling and complex look into the world that Jobs built around him.

At Bplans, we’ve heard some crazy ideas people have for making money. However, I don’t think “make a severed leg a tourist attraction” has ever been one of them.

You have to see it to believe it, but “Finders Keepers” delivers an unforgettable story of two men fighting over who legally owns something: the man who lost his own leg, or the man who found it.

By now nearly all of us are familiar with the story of 2014’s Nobel Peace Prize winner Malala Yousafzai, a 15 year-old Pakistani girl who was nearly killed by the Taliban for being an outspoken advocate of education for girls.

In this new documentary, we see the rise of Malala’s influence as a Nobel Peace Prize Laureate, and the platform she and her father continue to use to be a voice for girls who are being silenced.

Despite not making it on the list above, there are several other movies that are worth a mention.

What about you? Share your favorite films from 2015 in the comments below.