When I was starting out in business I was naïve. Strike that—I was clueless.

In fact, I knew less than nothing about running a business, and I didn’t even know that. Back then, in my 20s, I dove headfirst into everything I did, arms and legs flailing. I was all heart and no homework. I thought that, with enough passion and effort, I’d learn what I needed to know along the way.

I did, eventually—but it was nearly always the hard way.

Sometimes it does pay to jump in with your eyes closed. For instance, when you’re diving out of an airplane. It took me years to learn that it’s almost never a good idea to go in blind when you’re starting a business, though.

In the beginning, you’ll be faced with dozens of new challenges every day. I always thought if I’d known what was coming, I might never have taken the leap. But there’s a big difference between being prepared and being willfully ignorant. My new motto is: “Expect the best but prepare for the worst.” (I have a lot of mottos.)

Don’t get me wrong—learning from mistakes can be valuable. But there are two ways to do it: make your own (like I did), or learn what can go wrong by studying these guys: 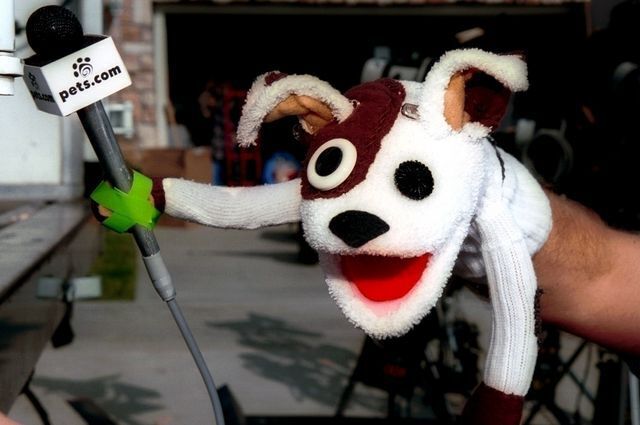 If you were around for the dotcom boom at the turn of this century, you remember the poster child of the subsequent bust. It was a sock puppet.

When the Pets.com puppet wasn’t making appearances in the company’s own commercials, it was doing interviews on television programs such as Nightline, Good Morning America and Live with Regis and Kathie Lee. The 1999 Macy’s Thanksgiving Day Parade even featured a balloon created in its image. The sock puppet’s most notable appearance was in an eyebrow-raising $1.2 million ad featured in the 2000 Superbowl.

And…the company was out of business later that year.

Part of the problem was that the company bought into its own hype, but the bigger sin was that Pets.com’s owners—Hummer Winblad Venture Partners—ignored the fundamentals. In a move that can be described as gross negligence, Hummer Winblad didn’t bother to do any independent market research in its push for an IPO. Were there even customers for the home delivery of fake mice and rubber bones? Who cares?! And just like that, $50 million of investor money disappeared into the litter box of history.

The Takeaway: Don’t Ignore the Fundamentals

Do your market research and develop a business plan before you open your doors. Even a sock puppet knows that. 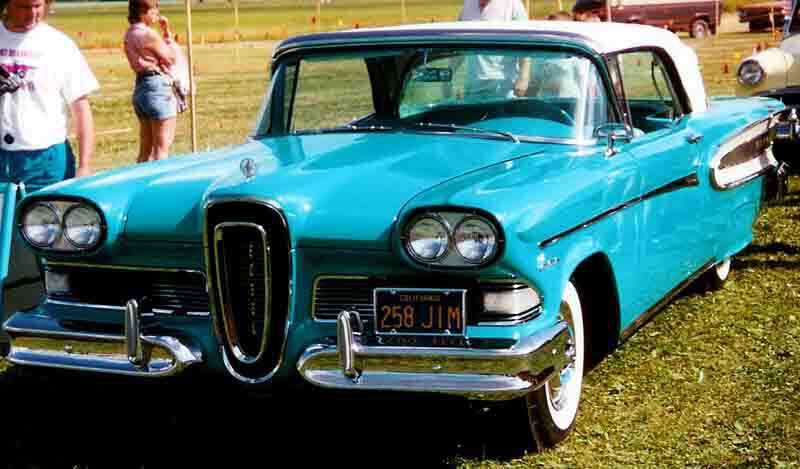 What’s worse than not doing market research? Spending a fortune on it and then dismissing it. That’s what Ford Motor Company did when it introduced the Edsel in 1957.

During the post-war boom of the mid-1950s, Ford was worried that newly-affluent consumers were trading their old Fords in for cars from rival brands. In order to compete, the company spent millions of dollars to send its researchers into the field on a quest to develop a new mid-priced brand that would fill the gap in its own stable of cars.

But over the course of the Edsel’s three-year run, Ford only managed to unload 118,000 of them. The company lost $250 million on the debacle—a sum equal to more than $2 billion of today’s dollars.

Well, for one thing, the name. Ford’s advertising agency—Foote, Cone & Belding—solicited its employees to suggest names for the new car, offering the winner a car of their own as the prize. Of the 18,000 names that poured in, the company whittled the list down to ten prospects. That list included future classics like Citation, Corsair, and Pacer. The finalists were presented to Ford’s executive committee in November 1956. The committee didn’t like any of them. Ford’s frustrated chairman, Ernest Breech, asked the committee out loud, “Why don’t we just call it Edsel (after the founder’s late son and former president of the company, Edsel Ford)?” It was less a question than a command. When Ford’s public relations manager, C. Gayle Warnock, got wind of the decision, he sent a one-line memo to project head Richard Krafve: “We have just lost 200,000 sales.”

The Takeaway: Don’t Disregard Your Own Market Research

Ignore your research and you’ll end up, as Time Magazine described the Edsel in 1959, resembling “an Oldsmobile sucking a lemon.” 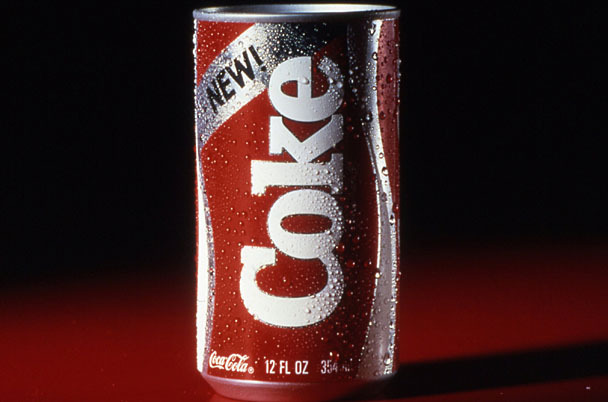 Despite developing a brand that was synonymous with soda, the Coca-Cola Company decided to scrap its signature drink in 1985 and start over with a product it deemed New Coke.

By the late 1970s, Coca-Cola was losing market share to rival PepsiCo. Pepsi had overtaken its main competitor in supermarkets and was targeting Coke’s superior presence in vending machines and fast food joints. Coke’s market research showed that the problem was its flavor: customers were developing tastes for sweeter flavor and Pepsi was capitalizing on those changing tastes.

Coke’s answer was to introduce a drink that was even sweeter than Pepsi. New Coke outperformed both the original formula and Pepsi in taste tests—by a mile. A year after New Coke’s release, Coca-Cola’s sales jumped 8 percent over the previous year. But then the backlash began. Customers loyal to the brand began a vocal campaign to bring back their beloved Coke. To appease them, the company reintroduced the old formula as Coca-Cola Classic. New Coke sales nosedived as the earlier product regained its former market share and then some. New Coke was rebranded Coca-Cola II in 1992. By 2002, New Coke was dead.

Coke underestimated the power of brand loyalty. Taste isn’t always about actual taste. That was especially true for Coke’s customers in the Southern U.S., where the company is based.

Because Coke was able to reclaim its former glory, some believed the whole New Coke fiasco was a marketing ploy. It wasn’t. The company just lucked out. Plus, Coke had hundreds of millions of dollars on hand to weather the storm. If only we could all be so lucky.

The Takeaway: Don’t Mess With a Good Thing

There are actually a couple of takeaways here. The first is: if you’re doing something well, keep doing it. The other is to not take your loyal customers for granted. If you break either of these time-tested rules, you probably won’t get as lucky as Coke did.

You’ve seen it before—the business that doesn’t know what it wants to be. Is it a clothing store or a nail salon? Is it a deli or a casino? These types of business configurations rarely succeed. Customers want to know exactly what they’re getting.

So what was JCPenney thinking? For decades, JCPenney was the go-to discount clothing retailer. When you shopped at one of the company’s 1,000+ department stores, you knew what you were going to get: low prices.

But that all changed when the company hired former Apple retail boss Ron Johnson to take over as CEO in November 2011. In 2012, JCPenney’s sales were down more than 20 percent and its stock price had plummeted 30 percent. By early 2013, Johnson was out, and a century of success had been wiped out in just over a year.

Johnson made several head-scratching changes during his mercifully short tenure, including scrapping discounts in favor of something he called “fair pricing,” changing the company’s logo for the third time in three years, and pushing for brands like Levi’s to open their own “mini-shops” inside of JCPenney locations (an idea based on the Genius Bar model in Apple Stores). Worse, he got rid of practically everyone who knew anything about clothing retailing, including 600 folks from the company’s Texas headquarters and thousands of middle managers across the country. He even fired the company’s long-time advertising agency. In the lingo of the tech industry Johnson was familiar with, everything he did was a major fail.

The Takeaway: Don’t Try to Be Something You’re Not

You’re good at something. That’s why you went into business for yourself. Just because you worked at the Genius Bar, doesn’t make you a genius. Stick with what you know.