The Battle for our Wallets 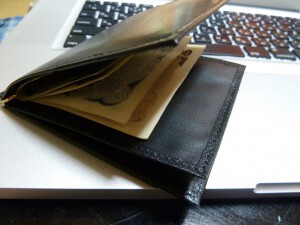 The battle for our (digital) wallets is growing apace. Fueled by the phenomenal growth in smart phone adaption, married to an increase in the number of payment apps, it is predicted that the mobile payments industry will be worth $245 billion by 2014 . To date the growth has been predominantly driven on the supply side, as a raft of players from Google to Visa to PayPal try to ensure that they capture the lion’s share of this emergent opportunity. We are very much in a potential ‘winner-takes-all’ battle again, where the stakes are simply enormous.

On the demand side, many customers seem content for now to persist with a physical wallet safe at hand (or more likely in their pockets). In part, as a result of this weak customer demand, merchants have been slow to invest in the infrastructure needed to facilitate digital payment transactions.  To facilitate NFC payments (near field communication), a mobile payment system favoured by the likes of Visa, merchants need to install readers. For now, many see little point in investing in the hardware given the cost, weak customer demand and uncertainty regarding which platform will emerge as the dominant one. Think VHS and Betamax all over again (but with a lot more players this time).

However, some commentators believe this stalemate may be about to change, given the belief that the forthcoming iPhone 5 will ship with built-in NFC, resulting in the game changing boost the industry needs. I remain skeptical. On a personal level, my experience suggests we are still some way off. In Pret A Manger, I note I am one of the few who pays for my lunch with a Contactless card. While at Starbucks, my preloaded iPhone Starbucks App continues to generate much curiosity at the till. Both involve an interaction between my smartphone and a device. On the other hand, paying for pizza at Pizza Express using the PayPal app is done at your table, and directly on the phone.

From the consumer perspective, they are unlikely to want to deal with multiple payment systems so it is likely that a dominant ‘winner takes all’ player will eventually emerge from the mix. That provider will need to ensure first and foremost that security is paramount, that the process is an extremely efficient one, has widespread acceptance, and that the offering is demonstrably better than the current alternatives of paying by cash or card. Additional services should also be bundled in to deliver added benefits to incentivize the consumer further, i.e. Pizza Express allows you to use ‘in app’ discount vouchers, Starbucks allows you to personalize orders, and most provide rich data in the back end to help you manage your finances.

Consumers will want to ensure the app is device agnostic so that if they switch phones they can still continue with their preferred payment app. They’ll also need their digital wallets to be useable  in as many locations as possible. This brings us squarely into the realm of network effects and the importance of gaining a critical mass of users on both the consumer and merchant side. As mentioned previously, unlike the straight shootout between VHS and Betamax, there are countless players in the mix this time, with MasterCard (PayPass), Google Wallet (MasterCard and Citi) , ISIS (AT&T, T-Mobile & Verizon)  and V.me (Visa) currently leading the charge.

In summary, the platform that can capture the most customers and merchants, while delivering a wider benefit set to both parties to the transaction is most likely to gain traction. ‘On phone’ transactions (like the PayPal and Pizza Express collaboration) remove the hardware requirement on the merchant side and are hence in my view more likely to gain quicker adaption over hardware dependent NFC solutions. Like all battles it is also a case of expecting the unexpected. It is not inconceivable that another player decides to disrupt the entire ecosystem with an aggressive ‘price led’ play undercutting the leading triumvirate of Visa, Amex and MasterCard (and their many subsidiaries). In many respects these have most to lose given their current dominance of the card payments industry.

This article was previous published on Entrepreneur Country.com