Entrepreneur Zack Price is guest blogging his experience on the 2013 StartupBus as it travelled from Chicago to SXSW 2013 in Austin. On StartupBus a team of strangers, traveling at 60mph, had about 72 hours to conceive, build, and launch a startup. You can catch up with Post #1 in this series here, #2 here, #3 here, #4 here, #5 here, #6 here, and #7 here.

I again apologize for such a long delay between StartupBus posts. I received the most incredible proposition in an email the other day. It was from a Nigerian prince and he needs just $50,000 dollars to unlock royal treasures and send me back $1,000,000!  Dr. Evil could take over the world with that kinda money.  We’ll see what happens with that…

Back to the StartupBus…  Already so many great technologies, so many terrific business ideas, so when a 9 (nine) person team from the San Francisco bus stepped on stage I was prepared for the world as we know it to change forever. 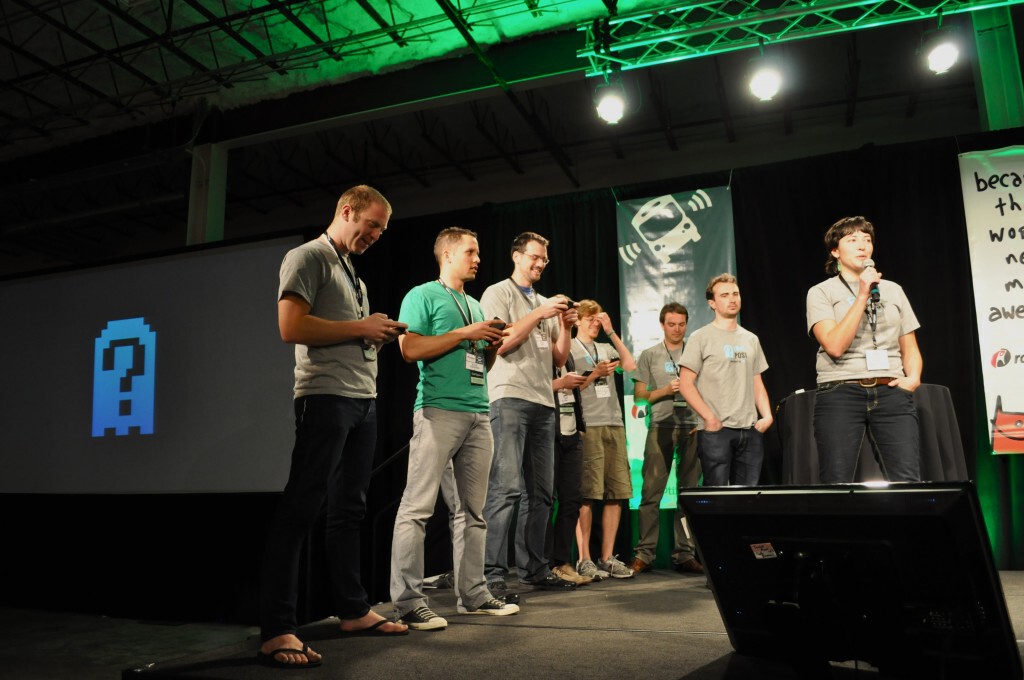 I had always wondered, what would you get if you put 9 left-coast super entrepre-nerds in closed quarters for a few days?  The answer – something called GhostPost.

GhostPost.io is shameless chat with random avatars.  If you don’t speak geek, allow me translate:

GhostPost is anonymous chat.  Say whatever you want in a chat room.  No one knows who posted it.  GhostPost.

Yup, their reputation precedes them out there in Silicon Valley for thinking big.  I mean anonymous chat room? Who do these San Franciscoans think they’re fooling?

Prodigy just called from the 1980’s … they want their business plan back.  In fact, before they even presented on stage, GhostPost was already being threatened with law suits.

Here’s a 2 minute vimeo of GhostPost, although I only recommend watching the first minute:

This is how GhostPost self-describes their service:

GhostPost.io gives you an outlet to escape your digital persona via an anonymous mobile platform to say what you REALLY think – about anything. No need to log in or sign up. Just head to ghostpost.io to get a randomly generated ghost avatar and start chatting. Create a chat room to invite your friends or join an existing room for an event or topic that’s already been created by someone nearby.

I was prepared for the judges to laugh off half of the San Fran bus just like that. 9 contestants gone in one flick of Scobleizer’s index finger.  BOY WAS I WRONG.

I could not have been more incorrect.  The Nasty Nine from San Fran took a huge gamble with their GhostPost presentation and came up aces all across the board.

Once GhostPost.io was unleashed the crowd was hooked.  I was wandering around the back of the auditorium thinking I’d have the worst seat in the house.  What I saw was a hundred people giggling and typing away on their notebooks, tablets, and phones, all on that same dark black screen with florescent ghost avatars.  Everyone was doin’ it, and doin’ it, and doin’ it well.

Instead of a power point presentation with bullet points, graphs, and market research, the giant projector screen at the prestigious Rackspace Auditorium had the damn GhostPost chatroom on it, and it was going bonkers. 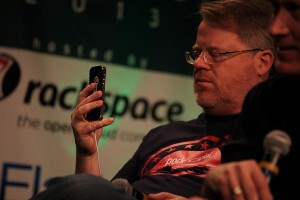 Even the judges were hooked on GhostPost.  People were anonymously posting about The Scobleizer while he was on stage (some nice, some not so nice) — and he was responding live!  Robert Scoble was literally GhostPosting from his phone long after this team walked off the stage.

I still don’t know how GhostPost will make money, and I don’t care.  This team of 9 is going to the next round.