The Secret to Greater Productivity 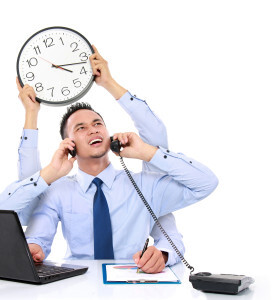 Have you ever wanted to use a word, but were told not to? In marketing there are certain buzzwords that are considered faux-pas. They are called fluffy, “hype-bloated” (not sure if that’s a real word, but I read it somewhere) and just plain overused.

Productivity. It’s getting to be that kind of word.

It’s everywhere in business; everyone wants it, needs it, talks about, and fluffs about it. Yet, the productivity of today is quite different from the productivity of years past. Evolving processes and technology have already made us so much more efficient in work than we used to be.

It all began a long time ago when the workday was managed by using the sun and bell towers, and long days—10–16 hour days—were not uncommon. But by the 1990s, the productivity of an American worker was considered triple that of an American worker in 1900, despite the decrease to a much shorter eight-hour work day.

So since everyone is already so darn productive these days, how can a business actually be more productive, and not just participate in the fluffy, “hype-bloated” use of the word?

Well, through our extended research of time tracking, productivity, and the workplace, we found a few ways—and we share all the dirt in our Tick Talk infographic:

As a seasoned entrepreneur and aggressive-growth business leader, Matt has run six successful start-up ventures, the latest of which is TSheets.