Time for a Plan B

One of the main challenges entrepreneurs face is gaining market acceptance or traction i.e. custom in sufficient volumes to transition to profitability. If they are not getting traction after one month of operations, entrepreneurs need to quickly assess what they need to do to fix matters. Increasingly this means they need to be extremely flexible with their business models, something that is a lot easier to achieve in less capital intensive start-up’s such as Internet based ones.

This flexibility is something that does not always sit easily with their early stage investors (investors tend to want some degree of certainty with regard to the type of business they were investing in). In the past protection was provided by documents such as the business plan, and the Memorandum of Association which set out the line of activities a company could undertake.

However such inflexibility is no longer wise, a point author Steve Blank argues in his post ‘But what does a Business Model have to do with my startup’ . In this article he states that the primary role of an entrepreneur is to iterate and test assumptions and hypotheses they have made with regard to customer behaviour and demand until they find a commercially viable business model.

In other words he is saying that entrepreneurs operate in such an uncertain environment that flexibility has to lie at the heart of everything they do and they are essentially functioning as a market researcher.

In many respects this shift in perspective is most appropriate to Internet startups where entrepreneurs can develop a website at low cost, offer a range of services and focus their efforts on the one that gains most traction. Hence a key skill is to know how to ‘pivot’ to an alternative product a concept author Eric Ries first described; 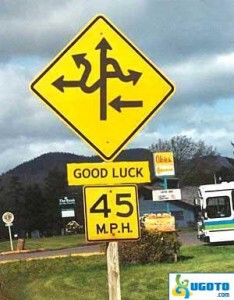 “I want to introduce the concept of ‘the pivot’, the idea that successful startups change directions but stay grounded in what they’ve learned. They keep one foot in the past and place one foot in a new possible future. Over time, this pivoting may lead them far afield from their original vision, but if you look carefully, you’ll be able to detect common threads that link each iteration.”

Ries is a key proponent of something called the Lean Startup movement, which argues that startups need to develop products and markets by focusing on testing, agile development, constant iteration in response to customer feedback and the need to have a very strong customer focus.

While Ries and Blank talks about the need for entrepreneurs ‘to pivot’ , authors of the book Getting to Plan B, John Mullins and Randy Komisar  argue a similar point advising entrepreneurs to recognise the importance of having a ‘Plan B’.  They argue that many start-ups build business plans on flawed assumptions and fail as a result. They prescribe a systematic process which bears many similarities to the methodology prescribed by Blank, where the entrepreneur is encouraged to iterate, replicate innovation seen elsewhere, and to ensure that they are learning from their experiences.

Paypal is a great example of one such company that went through numerous iterations before settling on an email payment system. As founder Reid Hoffman described recently;
‘Over the years PayPal has made multiple significant pivots. The company started as a mobile encryption platform. Then it was a mobile payments company. Next PayPal was a combination mobile and Web site payments company. Finally PayPal became an email payments company. Each pivot over the life of the company was the result of rethinking the business but maintaining the vision. The focus was always to become a payments operating system; but the nature of the operating system changed multiple times.’

The implications for both entrepreneurs are investors are pretty straight forward.  Early stage investors need to encourage entrepreneurs to focus less on the product side and more on the customer side. Entrepreneurs must not blindly adhere to a business plan, but rather use business planning in the form of milestones, targets and goals to ensure that they can spot when something is not working and pivot accordingly.
Alan Gleeson is the General Manager of Palo Alto Software, Ltd, creators of Business Plan Pro®. He holds an MBA from Oxford University and an MSc from University College, Cork, Ireland. For further information on writing a business plan, visit www.paloalto.co.uk

How to improve your business plan with one simple addition