How to Impress Angel Investors and Make It Into “Startup Heaven”

Before I jump in and share the secrets of how to impress angel investors, I should tell you what an angel investor is, and how they differ from venture capitalists.

An angel investor is an affluent individual who provides capital for a business startup, usually in exchange for convertible debt or ownership equity.

An angel investor is a high net worth individual who invests their own money into startup companies in the hopes of gaining a return on their money. Many angels are entrepreneurs themselves, or executives and business or community leaders.

Wikipedia defines an angel investor as “an affluent individual who provides capital for a business startup, usually in exchange for convertible debt or ownership equity.”

Angel investors can invest individually, or as part of an angel investor group. Angels come in all shapes and sizes—from newbies to seasoned investors—and they invest anywhere from very small increments of $5000 (this is more typical of an angel group who pulls their funds to create a larger investment—like $300,000—that goes into one company after the group votes) up to much larger amounts, like $1 to 2 million dollars per deal. The type of deals and industries they invest in, the company stages, and the amount they invest depends on the individual or angel group.

I have pitched to hundreds of angel investors over the years as a result of co-founding two tech companies and raising just shy of $1M in angel capital. I was the CEO of both startups, so it was my job to pitch to the angels. My favorite part of pitching to them was the due diligence process.

If you’re lucky, and an angel’s (investors or groups) interest is piqued by your initial short pitch, they will want to schedule more time with you to get to know you and your team, and to dig deeper into your business plan (i.e. what’s behind your financials, your go-to-market strategy, your current traction in the marketplace, your competition and why you’re better, your intellectual property or “secret sauce,” your exit strategy, and so on).

I also learned quickly that no two angels are alike. What one angel likes another may not care about. For example, one of the angels I pitched to cared deeply about our competitive landscape, whereas another wasn’t too concerned about the competitive landscape, he was more interested in our financial assumptions and my team’s ability to implement in an agile fashion.

Angels differ from venture capitalists in many ways. Venture Capitalists (VCs) typically invest over the $1M range, and more likely over the $3M range, but this has actually started to change over the last several years due to the increase of angel investor groups, and particularly thanks to “super angels” making investments.

VCs are now having to compete with the “super angels,” as discussed in this TechCrunch article. I like how the Angel Capital Association describes the difference between angels and venture capitalists: “Angels generally invest their own money in startups and very early stage companies, while VCs mostly provide capital they have raised from others to later-stage businesses for growth.”

Depending on the venture capitalists, they may want to own the majority of your company (i.e. 51 percent). This will definitely change company dynamics, so it’s important to conduct your due diligence on any investors who are interested in investing capital into your company.

Always look at the portfolio of investments the firm has made, and contact the CEOs and founders of those companies to find out what it’s like having those investors as a part of their company. Ask them, point blank—would they take their money if they could do it all over again? And what have been the pros and cons of taking venture capital?

Since no two angels are alike, I thought it would be fun to include tips from a sampling of angel investors from around the United States about what impresses them—and in some cases turns them off—when meeting with entrepreneurs. I have enjoyed working with angel investors over the years because of how eclectic their backgrounds can be.

Below you’ll hear tips from angels who come from all walks of life—from an angel by day, comedian by night, to a sales recruiter and trainer angel. They have all made investments in startups over the last three years, and have some fun and interesting tips to share on how to impress them, and hopefully make it into “startup heaven.” 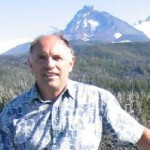 “I am impressed when the entrepreneur talks to me about solving a specific customer’s problem. If he/she really knows what the customer wants and is willing to pay for, I sit up and take notice.” 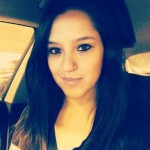 “Entrepreneurs impress me most with a professional, but also kind/down-to-earth presentation. I must believe that they believe in their own product. They absolutely must be persistent. Angels get a ton of emails and the way they stand out is through relentless follow-ups (“Oh here’s this Pete guy again” vs. “who are you again?”). Correct spelling and punctuation doesn’t hurt, either.” 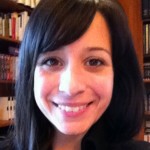 “I’m impressed when entrepreneurs know their numbers inside and out and are realistic about their valuations. I also am attracted to companies who can tell me how they’ll be successful if they never get the next round of funding.” 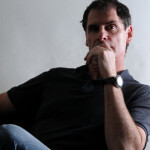 “For me it comes down to ‘intrapersonal communication.’ Every startup has a great idea usually born by a ‘visionary’ that’s going to create wealth. What follows next are projections and marketing plans—every startup has them of course. So what’s going to separate you from all the rest? I’m swayed by people who can communicate and demonstrate to me why I should share their passion and motivation to get involved. As the startup you’re selling yourself, your company and your vision—and you have to communicate to angel investors that you’ve got the ideas, the strategy, the team, and the ability to deliver what it would mean to become involved.”

– Don DeZarn, Angel from Eugene, OR 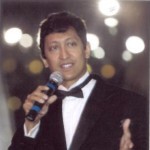 “I’m an angel investor by day, comedian by night. One of the things I look for when investing (in addition to the obvious question of can it make money) is a sense of financial responsibility from the founders. There’s a tendency when using other people’s money to fritter it away. For example, you may recall that the founder of GoDaddy spent $90 on a conference table, and he said it works just as well as a $10,000 conference table. I like to see a sense of responsibility when it comes to the environment, which dovetails with the idea of spending less money.” 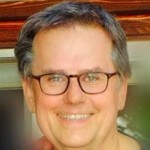 “Too many founders tread the fine line between arrogance and ignorance. Their pitch style, in trying to be confident, comes off as arrogant in saying they can beat the odds of failure at the pre-angel level, and they can beat competition often far ahead of them. Ignorance emerges when it’s often clear they haven’t really researched competition, especially when I hear the deadliest and dumbest statement: “No one is doing what we’re doing.”

“I am impressed when an entrepreneur shows up dressed professionally, is articulate about who they are and why I should give them my money, and communicates with me in a language I can understand. I am after all, a layman with respect to their business—and my time is valuable.” 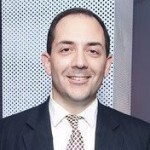 “Entrepreneurs impress me when they demonstrate a proven revenue stream before asking for capital. This shows they have made a realistic assessment of the total addressable market (TAM) they can capture. They should also show that they have measured the cost of reaching that market by comparing a customer’s lifetime value (LTV) to the customer’s acquisition cost (CAC).” 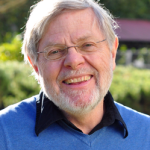 “Keep your strategy, tactics, numbers, and stories in alignment. Use a bare-bones streamlined business plan as the storyboard and make sure the summary memo, pitch deck, and main stories all match. It seems obvious but I see more than 100 pitches/plans every year, and at least half of them turn around and eat their tails at some point.

Be a line, not a dot. Keep up with investors and show them progress over time. Nothing adds credibility like milestones met. Don’t promise traction; demonstrate it.” 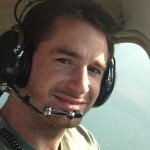 “I love to hear brutal honesty no matter what, and a plus if it is tied to past experiences, even childhood, that makes integrity and transparency a top priority. Also, you don’t have an answer for everything. If you get an obscure or surprise question no one would logically know as a fact, ask the question back ‘I’m not sure, what do you think?’ This will indicate what decisions will be like once in business together.”

This article is part of our Business Funding Guide: fund your business today, with Bplans.

An entrepreneur. A disruptor. An advocate. Caroline has been the CEO and co-founder of two tech startups—one failed and one she sold. She is passionate about helping other entrepreneurs realize their full potential and learn how to step outside of their comfort zones to catalyze their growth. Caroline is currently executive director of Oregon RAIN. She provides strategic leadership for the organization’s personnel, development, stakeholder relations, and community partnerships. In her dual role as the venture catalyst manager, Cummings oversees the execution of RAIN’s Rural Venture Catalyst programs. She provides outreach and support to small and rural communities; she coaches and mentors regional entrepreneurs, builds strategic local partnerships, and leads educational workshops.