I got a call on a Tuesday from Mike Rashkin, who was Manager of Apple Computer’s Apple Pacific group. He told me (paraphrasing):

Tim, I have two guys who have Kanji word processing software that we want for Apple Japan. 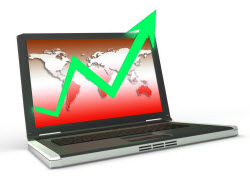 We want to invest $80,000 in their business but we need them to have a business plan. Can you do it for them? Very soon? I need that plan in no more than a week.

Mike, sort of, but not exactly … I’ll set them up with my business plan software and give them tasks and coaching, so that their plan is theirs, not mine. They’ll be able to use it, change it, revise it, and manage with it.

So I met with them the next day, talked it over, made some suggestions, and gave them the software. That was 20 years ago so it was a predecessor of Business Plan Pro, called Business Plan Toolkit, which was a collection of templates.

They sent me a draft the following day – Thursday – and we met in my office on Friday, with another revised draft. We made some changes together during that meeting, focusing mainly on the financial projections.

We met one final time Monday morning, made just a few final changes, and they delivered their plan to Mike on Monday afternoon, half a day before the deadline.

They got a check for $80,000 later that week.  And I billed Apple several thousand dollars.

True Story: A Product Takes Off

True Story: A Product Takes Off