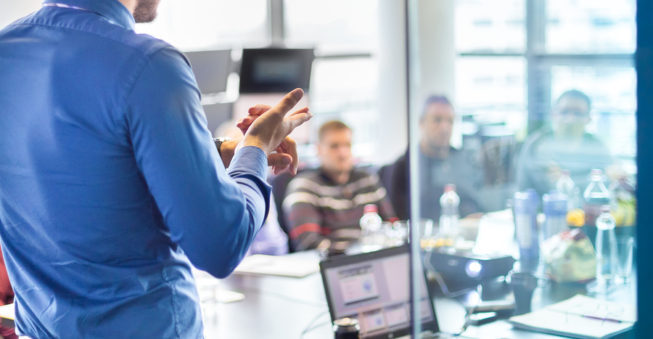 I enjoy sharing my experiences as an entrepreneur with friends and family. There are few things that light up a room like the realization that there are real opportunities outside the world of cubicles and the nine to five office culture.

One of the stories I find myself repeating, especially when talking to people that feel they are at the end of their rope, is the story of how I launched my first business.

Because it was my first business, I was very wet behind the ears, and probably made just about every mistake imaginable.

Securing startup capital: A brutal experience that drags on and on

I mistakenly believed, after religiously watching a few seasons of NBC’s “Shark Tank,” that I could craft the perfect pitch and have investors chase me down with money and opportunities to launch joint ventures.

Boy, was I mistaken. The reality is that securing funding for a business plan is, in many ways, more difficult than launching the actual business.

Every VC pitch is a little bit different, and the business plan must be customized to their individual focuses. For example, the VC you pitch on Monday might be focusing on investments in socially responsible startups. Then, the VC you meet with on Wednesday could be focused on technology startups. And, by Friday, you could be pitching an investment club that wants to create jobs in their local community.

As a starving entrepreneur with a dream, you can’t afford to skip any opportunity to secure funding. The reality is that for first-time entrepreneurs (or entrepreneurs without a track record of successful ventures), the chances of securing funding after a VC pitch is probably less than one in a thousand.

See Also: 17 Venture Capital Blogs You Should Be Reading

That feeling of desperation and tireless persistence brings back memories of one of my most impactful life experiences as a budding entrepreneur.

As my partner and I traveled across the pond to pitch a tech investor in the UK (our 37th pitch), I remember making a million tiny tweaks to the phrasing and focus of our plan. I could tell my partner was getting nervous. We were burning through our savings and quickly approaching a point at which we could no longer dedicate ourselves full-time to the project without outside funding.

As we deplaned and jumped in our taxi which would take us to the conference room where the investors were waiting to hear our pitch, my mind was racing. What more could I change right now to improve our chances of bringing a meaningful investment onboard?

I had done the research and made changes to our pitch that would appeal to the investors we were meeting with, without distorting the reality of what we were attempting to launch: a cloud-based platform for conducting employee interviews and collaborating on feedback for recorded interviews. It was 2008, and the world of online interviewing had yet to fully mature. We thought we could change the game.

Our taxi stopped outside of a prestigious looking building in London. Nerves and anxiety were skyrocketing. But, as we had done so many times before, we both focused on what we could control and implemented a mental block against all the negative possibilities swirling inside our subconscious.

The danger zone: Answering questions after the pitch

The pitch itself went off without a hitch. I felt very confident that we had presented our project in the best light, and I felt we were connecting with the investors. There was a sense that we had a real opportunity to close a deal.

But then, it happened. My partner fielded a question about our current user-base in our test platform. We had previously launched a demo of our product to show traction to potential investors, and better define the pain-points for potential clients.

When asked “How many users do you have actively engaged with your platform, and what sort of feedback are you getting?” My soon to be former co-founder replied, “We’ve seen 400 percent growth, month over month, and after the first 30 days we’re getting very positive feedback. Users love the concept, and we’re getting a lot of organic support to launch quickly so that employers and applicants can enjoy an easier hiring process.”

There were a few problems with his response.

First, we hadn’t added a new user to the test bed in months; 400 percent growth in beta-testers was a pipe dream not based on reality. Second, the feedback was mixed at best. Employers were concerned about how a recorded interview would make the applicant feel. And, I couldn’t point to a single instance of “organic support” for our platform. It was too new of a concept, and the population that had been exposed to our marketing efforts was minuscule (on purpose).

It took a moment for the reality of the situation to sink in. My partner had lied to an investor who was clearly interested in becoming a part of our venture. It was heartbreaking. I understood his desperation to close the deal, but I could no longer be part of something that was based on lies and misrepresentation. I stayed silent for the remainder of the pitch, letting the investors and my partner wrap up the Q&A section.

Recovering from an ethical breach during a pitch

My co-founder and I walked out of the meeting with very different attitudes. My partner looked ecstatic, with a genuine sense that we were on the cusp of securing the desperately needed funding that would let us launch our product to the market.

I, on the other hand, felt betrayed and was thinking through a personal exit strategy.

The elevator ride down to the lobby was tense, to say the least. It was just the two of us, and in that moment of privacy between floors, I admit, I blew my gasket. I was upset and couldn’t believe I had walked so far down the path of pitching numerous investors with someone who, when push came to shove, would say whatever needed to be said to close a deal (truth be damned).

My partner couldn’t believe I was upset. He felt that he had saved the day by “spinning reality.” After arriving at our hotel for some much-needed rest and recovery, I decided to go for a walk to clear my head. My partner headed up to the room to get some rest. Jet-lag and the fading adrenaline rush from the pitch combined to form a serious knock-out punch. But I was too upset to sleep. I found a quiet park bench to sit down and make a phone call.

The lead investor, the individual that seemed the most optimistic about our pitch, was surprised to hear from me so soon. I was surprised he answered the phone; most investors don’t want to take follow-up calls from people that have recently pitched them. His accepting the call signaled that he was motivated to move forward.

I told him that I needed ten minutes of his time to clarify some things from the pitch. He was generous with his time, and our conversation resulted in my sharing some hard truths. I knew the honest answers I was providing would tank the deal; how could they trust us in the future to give them accurate information the first time?

Later that evening, the VC firm sent both of us a professional email explaining that they would be investing in a different opportunity, but encouraged us to keep them in mind for future ventures. My partner was heartbroken. I was glad to have dodged a bullet.

See Also: How to Find a Business Partner

After a long plane ride home, I told my partner that I would be divesting myself from the venture. I used the excuse that I couldn’t afford to go on, and I felt that there was little value in proceeding after the lukewarm feedback we had received from so many venture funds. In reality, I was ready to go on swinging the bat, but never again with someone that would lie to close a deal.

After a few days, I was stunned to answer the phone and hear the voice of the lead investor again. He was impressed that I could navigate such a damaging situation so well, and stay on the right side of the ethical divide. Apparently, he had been doing some background on me, because he started mentioning items from my resume, as well as conversations he had with my previous employers.

The call ended with a job offer. It would be my first time launching a company as a Chief Operating Officer and Co-Founder. The concept was very different from what I had originally pitched with my former partner. And, it turns out, my former partner never made it. To this day, he’s unemployed and still thinks he’s an entrepreneur because he has a dream and lacks a day job.

I, on the other hand, made a genuine connection and was able to leverage my ethical dilemma into a job offer with a successful team of co-founders. I learned the ins and outs of an entirely new industry, from the ground up. With the intellectual and financial support necessary to win, my unexpected venture grew into a thriving business.

Keep going, keep fighting—even if it’s in a different direction

You’ll find, if you keep swinging the bat and holding yourself to a high standard, that opportunity rings in the most unexpected ways. Make a mark on the world, do the right thing, and let your hard-earned reputation connect the dots. Just don’t ever give up.

I know that I would never be the entrepreneur I am today without a strong dose of failure along the way. Knowledge is power, and connections can guide that power toward lucrative opportunities.

While I purposely play my cards close to the vest, keeping names and brands out of the story, I believe the lessons in my unexpected journey are valuable. I hope you feel inspired to keep going and accept the fact that the path of an entrepreneur is almost never straight and well-paved.

Embrace the twists, turns, and pits in the road. You’ll be better for wear, I promise.

M. Rafiq is the brain trust behind multiple ecommerce startups, and has become a thought-leader in the entrepreneurial space by providing wisdom and advice based on his decade of startup success. The digital age has opened opportunity to everyone, and M. Rafiq is passionate about providing opportunity to anyone willing to work both hard and smart. He also writes about his personal experience on financentric. Follow M. Rafiq on Twitter.