I was surprised to read that a Palo Alto, Calif., venture capital firm had invested in an art business. And perhaps it’s the surprise element that has this one featured recently in Business Week and The New York Times. It’s an $825,000 VC investment in Jen Bekman Projects, an art gallery and online art business.

At first glance, this seems like an exception to the general rules. Venture capital generally wants innovative and high-tech businesses that have a reasonable chance at high growth leading to a lucrative exit three to five years from now. How does an art business fit into that? 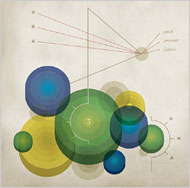 Dig deeper, and you see that it’s not that much of a surprise. This is not just art, it’s a new way to gather and market art online. The Times story says:

The popularity and reputation of the site, which has won fans for its affordable collections of quirky work, were enough to grab the attention of Tony Conrad, a partner at True Ventures, which led the financing.

And the Business Week story refers to a “disruptive business model” (emphasis is mine):

Cash flow positive. Growing revenue. Disruptive business model. If you’ve got those three things in place, it may not matter whether you’re the kind of business VCs typically fund.

Ironically, “cash flow positive” and “growing revenue” aren’t always qualities that investors want in a startup, because they can create a company that doesn’t need to go public or get acquired later on. Investors don’t want to get trapped in a minority share of a healthy company that never generates liquidity. They have to be able to sell their share within a few years, which means either a public offering or acquisition by a larger company. And a cash-flow-positive growing company doesn’t automatically do that.

So without actually knowing her or the background, I’d be willing to bet that Jen Bekman, the founder, is personally impressive, dedicated to growth, and that she has a real exit strategy. In the background, she’s working with well-known angel investors. Her capital structure probably gives the angels who invested early some control, too, which also increases the odds of a successful exit later on.

Congratulations to Bekman. And exception or general rule or both, it’s nice to see a bootstrapped company make it to a big-time investment, and positive cash flow show up as one of its better qualities.