The Franchise King® Joel Libava says the franchise industry could use more women franchisees, so he’s  taken it upon himself to make sure that more women start looking into franchise ownership as a viable option to traditional corporate employment. Joel’s just announced a contest specifically for women that are interested in pursuing franchise ownership – look for details at the end of this guest post by Joel himself.

In my role as a franchise ownership advisor, I’ve worked with dozens of women who were interested in exploring franchise business ownership. Not every woman I worked with ended up buying a franchise, and that’s okay. Owning one’s own business is not for everyone; it requires a certain amount of courage.

Not everybody can walk through the fear of investing their own money into a business.

With that said, it’s my feeling that women kind of rock. I’d much rather work with a female franchise buyer than a male one. Here’s why: 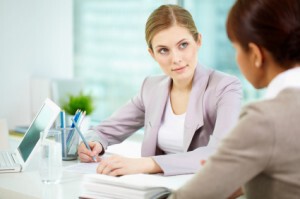 In my experience, once a woman is interested in something, she’ll dig around until she gets to the heart of whatever she’s trying to find out.

Most of the women that I’ve worked with don’t need to listen to  $1,200 worth of motivational tapes to get their game on. They seem to have it built-in as part of their psyche. (I’m jealous.)

Women don’t need too much prodding

I’ve worked  with more than one woman over the years who was always one or two steps ahead of me in the franchise buying process. In most cases, I haven’t had to have motivating pep talks with my female clients. They just did it.

As much heat as I’ll get for the next statement, I’m making it anyway; women can be like bulldogs. In the numerous franchise advisory sessions that I’ve had with women over the years, I’ve found that once one of my women candidates found a franchise opportunity that they liked, they were so dogged in their determination to get all the facts, it was kind of frightening. Then, if everything turned out rosy in their research, a buying decision was made relatively fast.

I found that once I was able to prove to my women franchise candidates that I was the real deal—that I wasn’t out to sell them anything (except my advice and counsel), they listened to me. They trusted me.

For example, if I told them that they needed to call several more current and former franchisees of the franchise opportunity they were interested in (because I didn’t feel that they had been thorough enough with their previous calls), they started dialing.

They do what needs to be done to get to the finish line. The best example of this is when it comes time to start discussing the money that they’ll need to open their franchise business up. I tell them to make sure they write a formal business plan before they even think of walking into their local banks to apply for a small business loan. Guess what? I’ve heard no arguments—women want to be prepared. (They hate surprises!) Right guys?

I realize that not all women fall into the categories that I’ve boxed myself into a corner with up above. But, in general, it’s what I’ve experienced over the years.

I shared with you that I have a franchise contest for women going on, and if you’re a woman…and you’ve been thinking about becoming your own boss, you should check it out. It’s called One Woman. One Franchise.

If you’re a woman who’s been thinking of possibly investing in a franchise, this is your chance to do it—with lots of free help.

For starters, the winner of this contest will get expert help in choosing, researching, and buying the franchise of her dreams. In addition, she’ll also receive several free tools and services… important ones that are needed at the beginning, middle, and end of the franchise buying process. She’ll even receive free publicity when she launches her chosen franchise business!

When I told my friend, (and Palo Alto Software founder) Tim Berry of my contest idea, he immediately gave me access to his team—so that they could get involved in this contest. They did, and are one of the sponsors of the contest. (Palo Alto Software will be giving the winner a free six-month subscription to LivePlan, their new online business plan software!)

Women Business Owners – This Is Your Moment

For Good Info on Franchise Business

Women Business Owners – This Is Your Moment