What Clint Dempsey Can Teach You About Business Timing

They say timing is everything. Clint Dempsey, captain for the USMNT in the 2014 FIFA World Cup, certainly has timing on the field. He proved this early on in the tournament when he scored 30 seconds into the game against Ghana, the fastest goal in US World Cup history and the 5th fastest all-time in World Cup history. With the World Cup providing a short-term massive market for soccer in the United States, Dempsey has capitalized by becoming the face of US Soccer, starring in ads for Gatorade, Degree, and more during this World Cup cycle. The soccer star is set to make a lot of money during the World Cup off of these ads, and, with his skills on the field backing up his status, will most likely be the leading jersey seller among US players as well.

That said, any star player cashes in on endorsement deals when they come. Dempsey is not special in a business sense because he happens to be the biggest US star at a time where soccer is suddenly a huge focus in America. Clint Dempsey, like any great businessman, is using his success to expand his market outside his current niche. Right now, Clint Dempsey makes a lot of money and has a lot of fans playing soccer. With his current success, Clint Dempsey, also known as Deuce, is set to finally release his first full-length rap album.

Yes, this is where we get to Clint Dempsey being a marketing genius. 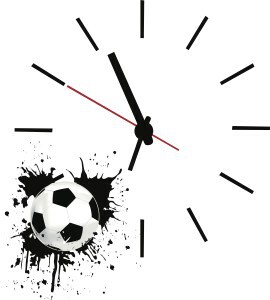 Suddenly, his face is everywhere. He just led the US to a thrilling victory over rivals Ghana in the World Cup, he scored the fastest US goal ever, and he did all this despite breaking his nose early in the game. He’s more popular than ever, and everybody wants a piece of Dempsey. The day after the US win, Dempsey, known under the rap name “Deuce,” announced that he would be releasing his first album this year. While this might have been news to a small market of rap geeks and hardcore US Soccer fans any other year, this news is suddenly reaching millions more people because he, Dempsey, is currently reaching millions more people.

This is not a first for Dempsey. His first mainstream rap single, “Don’t Tread,” was released as part of a Nike ad campaign for the 2006 World Cup, and featured Dempsey rapping while performing various soccer skills and over the top of US Soccer highlights. Clint Dempsey is a soccer star. Clint “Deuce” Dempsey wants to be a rap star.

By waiting until the situation was right to expand himself into another market, he might just get to be both. Take a page from the Dempsey playbook. When you score big, that’s the time to keep on shooting.