What Do Increased Mobile Speeds Mean for Your Business? 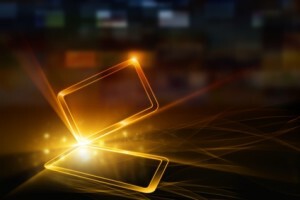 Predicting that the mobile phone will soon become your movable office is like predicting the sun will rise tomorrow. It’s already happening and can’t be denied.

More smartphone users are using their devices as their office: managing work tasks, communications, calendars, content creation, social work, texting and more. And as the number of users expands, so does the speed of mobile broadband.

How does this affect how you’ll grow your business? How much of your business can and should you turn into a mobile experience? As you compare cell phones for your salespeople and staffers, in an effort to ramp up your mobile workforce, looking for fast speeds should be the first consideration. Because time is money, and in a mobile workforce, that spells sales gained.

By mid-2012, 26.5 million people were subscribing to 4G LTE (long-term evolution) services, according to industry experts IDATE. For a little perspective, Sweden is now recognized for having the fastest mobile broadband speeds, averaging download speeds of 22.1 megabits per second (Mbps), according to a study by OpenSignal. The U.S. might have been among the first to deploy commercial LTE networks, but it ranks far lower in terms of 4G bandwidth delivered. The networks in Hong Kong, Denmark, Canada, Australia, South Korea and Germany all performed better.

In any case, LTE is the new 3G, and that means many things for the consumer. It means video will surely become more mainstream, as the only thing holding it back right now is the speed of our mobile connection. Soon we will be able to bid farewell to the annoying “Buffering” sign we know all too well.

4G LTE will render our mobile speeds faster than most home Wi-Fi connections, which should improve our level of productivity. Multitasking is a must in the “Twitter generation,” and faster mobile Internet speeds means getting more done for your main business, your side business and more.

As smartphone chips become more powerful and people optimize their phone’s performance, the last thing they would want is for their phone’s connectivity to slow them down. This is especially important when offering your customers a mobile payment option.

The biggest consequence of the increasing adoption of LTE might be the ongoing battle between native apps and HTML web-based apps. Right now, native is winning; the App Store and Google Play both offer close to a million mobile apps. However, there are some big names betting that the concept of cross-platform HTML5 web-based applications will take off.

The advantages of the latter are obvious: There’s no need to develop from the ground up for each mobile platform, and they provide a unified, superior experience, irrelevant of platform or device. However, this trend has not yet taken off. In fact, major players (Facebook included) actually abandoned the HTML5 model in exchange for a native app, mainly due to speed (or lack thereof).

If, however, mobile broadband speeds continue to increase, we can say goodbye to that “Loading” screen we’re all familiar with in our daily mobile day. If the broadband speed can support it, HTML5 might actually take off and even surpass the native philosophy. Of course, for that to happen, we’d have to have access to much greater speeds than we have today on 3G. 4G LTE is a step in the right direction.

Hillel is a tech blogger and mobile enthusiast. He is employed by inneractive, a leading player in the mobile monetization space, where he works as a Senior Evangelist. In addition, Hillel contributes to many leading sites such as Gigaom, The Huffington Post, Business Insider and others.