What If There Are Already Lots of Competitors?

New kinds of businesses, based on entirely new ideas, are extremely rare. The vast majority of new businesses are new attempts at existing types of business. And that’s fine. Don’t ever focus too much attention on the new idea, as if that were the only foundation for a good new business. 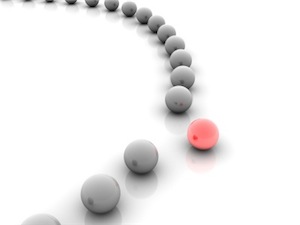 For a specific example, think about graphic artists, consultants, attorneys, accountants, bookkeepers, restaurants, and so on. Somebody comes up to me after a talk, saying he or she can’t be a graphic artist because there are so many of them, and I say of course you can. Do it.

These are displacement businesses. They’re looking to pick up some of a market that already exists. They churn. New restaurants appear, old restaurants go under. There is lots of opportunity.

You don’t have to be alone in any market. Nobody is the only one out there. You don’t have to be first. And just because there are a lot of other people offering similar services doesn’t mean that you can’t succeed. And if nobody else at all is doing it, maybe you should get a clue.

Do what you do well. Give value. Open up the doors on time, answer phone calls, get stuff done. And you can succeed.

In the world of entrepreneurship we talk too much, in classes, books, blogs, and so on, about the interesting new businesses. As if every new business needed a new idea. Start in an existing business, and displace the ones that aren’t doing well. Do it better.