What Small Business Opportunities Does the Future Hold? 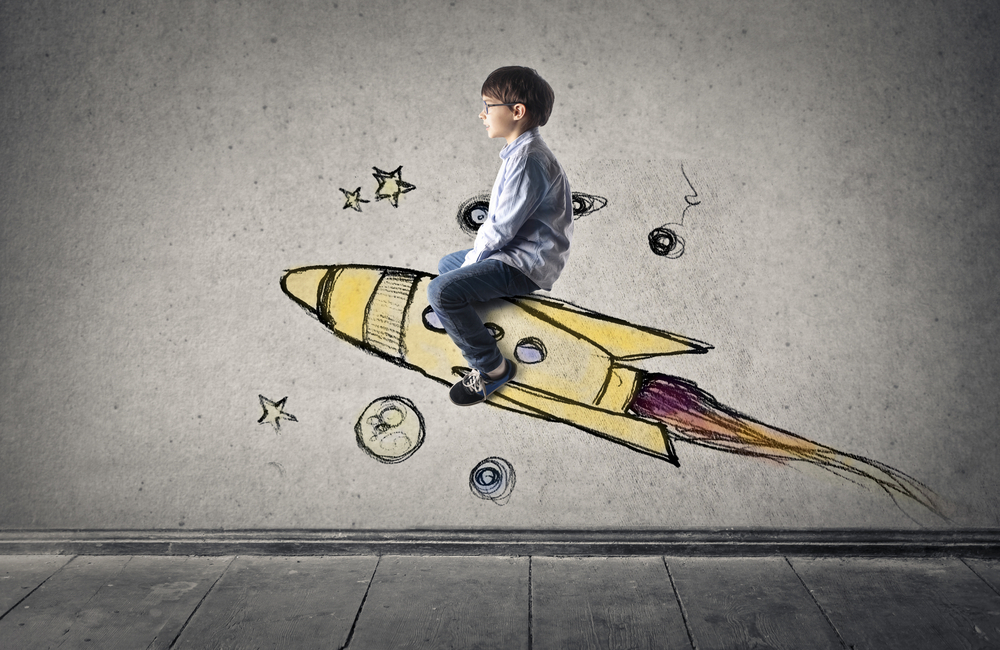 If you’re still trying to figure out what business to start, or what industry to start up in, you have so many great small business opportunities to choose from.

If doing the tried-and-tested doesn’t sound appealing, why not think bigger? What about starting a business in an industry that will be in demand in the future? (Make sure to read The Industries of the Future by Alec Ross.)

Obviously, none of us can accurately determine what the future will hold, but thanks to globalization, rapid advances in the scientific and technological sectors, and a very connected online world (among other things), change is happening faster than ever before.

See Also: How Do You Know If You Have a Good Idea for a Business?

The world is changing before our eyes

According to Pearson, in the 19th century, it took Britain 150 years to double its GDP per capita.

In a similar vein, where once it might have taken a few decades for a majority of the population to adopt something like the telephone or electricity, today adoption rates for consumer products like cellphones and the internet happen within five to 10 years.

Over the course of the next 20 years, the world’s middle class will increase from one billion to three billion, and become the most important economic and social sector in most countries. This means we should see a significantly higher demand for consumer goods and services. Small business opportunities, as well as bigger business opportunities, should abound.

If you’re looking to be in business for the long haul, it can’t hurt to take these trends into account. How will they affect supply and demand? How will technology revolutionize our products and processes? What areas are ripe for disruption?

According to a report published by the World Economic Forum (WEF), some of the key demographic and socioeconomic drivers of change include:

And, according to this same report, key technological drivers of change include:

Consider how these changes will affect the industry you’re interested in, or what opportunities they might present. 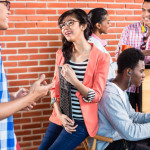 For example, flexible working arrangements may well mean the rise of coworking spaces (either for individuals, or whole companies) and increased demand for space and power outlets in coffee shops. So, starting a cafe business or a coworking space might just be a great idea.

Rapid urbanization also presents another good opportunity. With more people flocking to work in cities, the need for affordable housing will rise. This means real estate firms and construction companies are probably going to do well. It also means there are going to be big environmental risk factors. You could either specialize and become a “sustainable developer,” or become an environmental impact assessor. It might also be a great time to go into law, or to open a legal practice, perhaps specializing in compliance and commercial law. 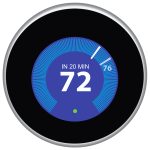 The rise of and our dependence on smart objects, aka the “Internet of Things” (think smart thermostats, wearable fitness devices, and built-in sensors for just about everything) will not only unleash a huge amount of data about how we live, but will open up opportunities in semiconductor and software fields, as well as areas related to information privacy, security, and systems integration.

According to research by The McKinsey Institute, the “Internet of Things” has a potential economic impact of $4 trillion to $11 trillion come 2025. In this study, they map out some of the key areas where value may accrue. It’s worth looking into. 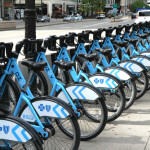 Another great opportunity is represented by the rise of the sharing, or the collaborative economy business. Today, companies that operate within the collaborative economy model enjoy immense success and an ever-expanding user base. This has largely been enabled by the internet, which has in turn allowed for the creation of sites like AirBnB that allow anyone to list their apartment or home online and offer it up as a vacation rental, or of course that allow people to book a taxi from on app on their phone, wherever they are.

These companies and companies like them have already disrupted marketplaces (like the taxi industry, in the case of Uber and Lyft) and will continue to do so moving forward.

How business is conducted is changing, and if you’re not willing to adapt, you may be left behind.

See Also: 30 Small Business Ideas (for When You Don’t Know What Business to Start)

Beyond hypothesizing about how the world will continue to change, there are many annually published reports you can turn to to find out what is actually changing now.

Each year, the U.S. Bureau of Labor Statistics publishes a list of declining industries, many of which fall within the manufacturing sector. When you think about it, this is hardly a surprise given the affordability of having products manufactured overseas instead of on U.S. soil.

It also can’t hurt to keep an eye on the Bureau’s fastest growing and fastest declining occupations. This will give you a close-up on the bird’s eye view.

For example, one occupation in high demand—wind turbine service technicians—perfectly illustrates the growth of the engineering and alternative, clean energy sector.

Cross reference these lists with the list of declining industries, and you’ll rapidly start picking out the patterns.

Skills for the future

The U.K. government published a paper in July 2014 that compiled research findings from a number of U.K.-based research institutions. The paper, entitled The Labour Market Story: Skills for the Future, addressed those skills that will be in demand in 2022, including emerging skills and how these relate to jobs.

Naturally, any studies predicting what the future holds should be taken with a grain of salt. They are still predictions, and unseen market forces and technologies might just as well disrupt an industry seemingly on the rise.

That said, the findings show that employment share in the primary and utilities, and manufacturing sectors is projected to fall, while employment in construction, trade, and accommodation and transportation will grow most between 2012 and 2022. 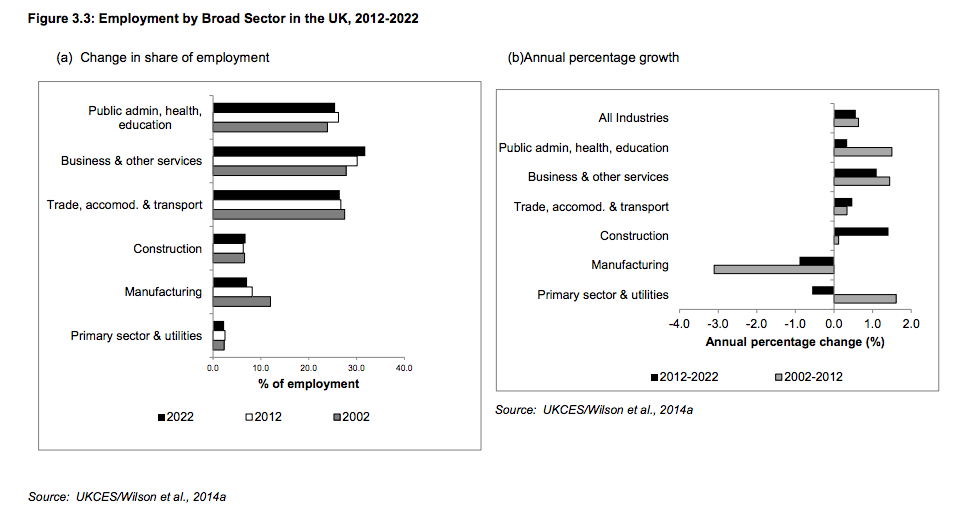 If you’re keen on starting a construction business now, you may just reap the rewards later. However, if you’re thinking about setting up a manufacturing business, you might want to look into whether or not this is really a good small business opportunity for the long term.

Naturally, these statistics do not take into account those factors that could disrupt these predictions, so don’t be put off if you’ve got the drive and great ideas.

In general, people with a broad range of “generic skills” will be highly prized. This includes skills related to problem solving, communication, teamwork, and information and communications technologies.

Even if you don’t plan to be working for someone else come 2022, it’s worth making sure you’ve got the skills to move your business into the future.

Many countries and independent institutions publish reports of a similar nature, either lists of skills that will become more important in the future, or the in-demand university degrees. Pay attention to these reports, as they are indicative of larger trends and needs in the marketplace.

At the end of 2014, The National Association of Colleges and Employers released data gathered from 260 companies and organizations. Based on the data, they were able to compile a comprehensive list of bachelors, masters and doctorate degrees in demand. The top three bachelors and masters degrees included finance, accounting, and computer science. The top doctorate degrees were all in the engineering and sciences fields.

See Also: 4 Steps to Making Your Next Great Idea a Reality

Are you ready for the fourth Industrial Revolution?

According to many people, we’re on the cusp of a fourth Industrial Revolution.

Developments in 3D printing, robotics, AI and machine learning, nanotechnology, genetics, and biotechnology all point toward big opportunities in the near future.

Corporations, individuals, and governments will all be expected to adapt quickly. This in itself poses great risks, but also great opportunities. Think carefully about how advancements in these industries might affect areas you’re interested in entering.