What They Don’t Teach You At Harvard Business School 2.0 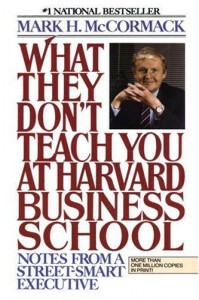 Fellow Chicagoan / Clevelander Mark H. McCormack was once my mentor and the most powerful man in sports. He invented the Sports Marketing industry over a handshake with Arnold Palmer… and just a few miles from where I was born in Cleveland a billion dollar empire was formed.

In 1984 he literally wrote the book on why not to get an MBA. The New York Times best seller “What They Don’t Teach You At Harvard Business School”. It was #1 for 21 weeks in a row.

This book became my business bible while I attended university, the gift that kept on giving.  I’d sleep through Econ-201 class and wake up to read these notes from my favorite street-smart executive.

While my classmates were pouring over micro-economic charts and data, I was starting my own publishing company with Mark H. McCormack teaching me how to negotiate, manage, sell, and communicate. In class they were talking supply and demand.  MHM was talking about always giving 110% and the benefits of doing business on the golf course (and why it’s more effective than a boardroom meeting).

Now here in 2013 I’m beginning to see a movement happening. School is getting too expensive, and startups are becoming less costly. So let’s talk some simple Econ-Zackonomics you don’t need an MBA to understand…

When you mix these ingredients it’s crazy explosive.  It leads to young people foregoing or dropping out of school to launch startups. And lemme tell ya, the startup costs to reach a MVP (minimum viable product) have never been easier to bootstrap.

Just about every Tech-Titan of the 1980’s dropped out of school for their startup.  Bill Gates & Steve Jobs did it. Michael Dell & Larry Ellison did it.  All of these men are brilliant billionaires.  So was Mark H. McCormack. 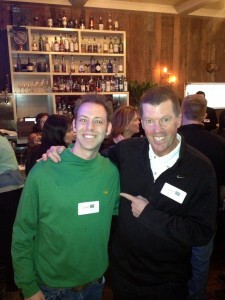 Scott McNealy, (founder of Sun Microsystems and his new venture Wayin) is another 80’s Tech-Titan who specifically struck a cord with me when he dropped knowledge in the hallowed grounds of the 1871 auditorium.  And I quote Scott:

“Business school is the only school that you do nothing during your two years that you will do when you get a job … you don’t hire anybody, you don’t fire anybody. You don’t raise money, you don’t spend money.  You don’t build anything, you don’t sell anything.  It’s like learning golf by watching a video.”

(McNealy likes golf so much that during the Wayin SXSW cocktail party he tried to buy my Masters shirt – sorry, not for sale).

I spent 7 summers of my life as a golf instructor, and I completely agree:  You learn by picking up the club and taking a swing at it, not by reading or watching someone else.

Allow this here blog to beg the new-age question … is it more cool to say: “I’m at Harvard” or “I’m at a Startup”?

Mark Zuckerberg dropped out of Harvard to launch Facebook.  Seem pretty cool to me. 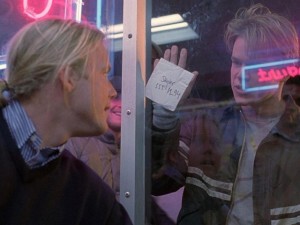 I always envision Zuck going to Harvard bars, wearin a hoodie, talkin shit to MBA students in a Boston accent just like he’s Matt Damon straight out of Good Will Hunting…

“I dropped out and I’m worth over $13 Billion now. How do you like them apples“?

In fact, Will Hunting himself summed it up better than anyone when he told the blonde pony tail Harvard student dude, and I quote:

“There are two certainties in life. One: don’t do that. And two: …

you dropped a Hundred-Fifty Grand on a freakin’ education you could have gotten for $1.50 in late charges at the public library.”

How about Nick D’Aloisio, a 17 year-old who just sold his startup to Yahoo! for $30 million … happened last week! Don’t expect to see him writing term papers anytime soon.

While I was down in Austin for SXSW a few weeks ago I kept bumping into 18-25 year old’s who were dropping out of college or foregoing education altogether to pursue a startup company.  I’m starting to see it happen all the time!  ALL THE COOL KIDS ARE DOING IT. 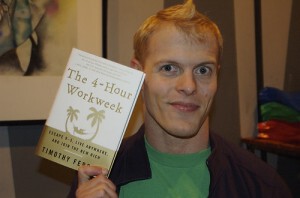 The ebook versions.  The accompanying blog. The podcast. The mentor network and community forum.  It all adds up to a real education.

As Mark McCormack wrote, They still cant teach you this at Harvard Business School.

I ended up landing one of the globally coveted non-paying internships for McCormack’s sports agency outfit one summer and eventually formed a relationship with the great businessman. I’ll never forget meeting him or the letter he sent me that came in on IMG letterhead from the CEO’s office and everything.  I was just a kid in college. 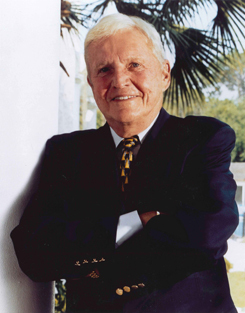 When MHM passed away 10 years ago I was devastated… I knew I could never work for anyone else.  But McCormack left us with numerous other books and cassettes and told us the terrible truth about lawyers, and staying street smart in the internet age. Mark broke down his success in Success Secrets (autographed copy came with the internship) and the always popular Getting Results for Dummies.  I own and reference all of these often and think to myself “I could have never, ever learned that in a classroom”.

It’s been 29 years since 1984 when my hero Mark H. McCormack laid down the law of street smart business with “What They Don’t Teach You At Harvard Business School“, and this shit is all still relevant in 2013.

I’m not here to tell you to drop out or forego school. Stay-in-school, but stop learning all the time and start creating.  You’ll end up learning more, and you might just become the next billionaire just like MHM did.  It all started with an idea and a handshake…