What to Look For in a Business Partner

I’ve worked with a lot of amazing people on my startup, PopInShop. Building a business out of nothing definitely takes the proverbial village, and surrounding yourself with the right people at the right time is crucial for hitting milestones. So how do you know when you are working with the right people—or, more importantly, with the wrong people?

When it comes to this topic, I’ve sought counsel from mentors, fellow entrepreneurs, and numerous resources available online. While everyone has his or her own system for quantifying fit, the number-one piece of advice that I’ve heard and put into practice is to trust your gut.

The problem is that this is harder to do than it sounds.

As an entrepreneur raised in the era of analytics, I want to find metrics for everything. But how do you measure (and prove) a gut feeling?

The lessons of a business partnership test-run

When I was going through the co-founder “dating” process, I’d found a potential partner through my network who seemed to be perfect. We had complementary skill sets, aligned on the company vision, and were equally committed to the company’s success. We decided that we’d work together on a one-month trial basis and set goals for that time period. At the end of the month, we’d evaluate the partnership and discuss equity. 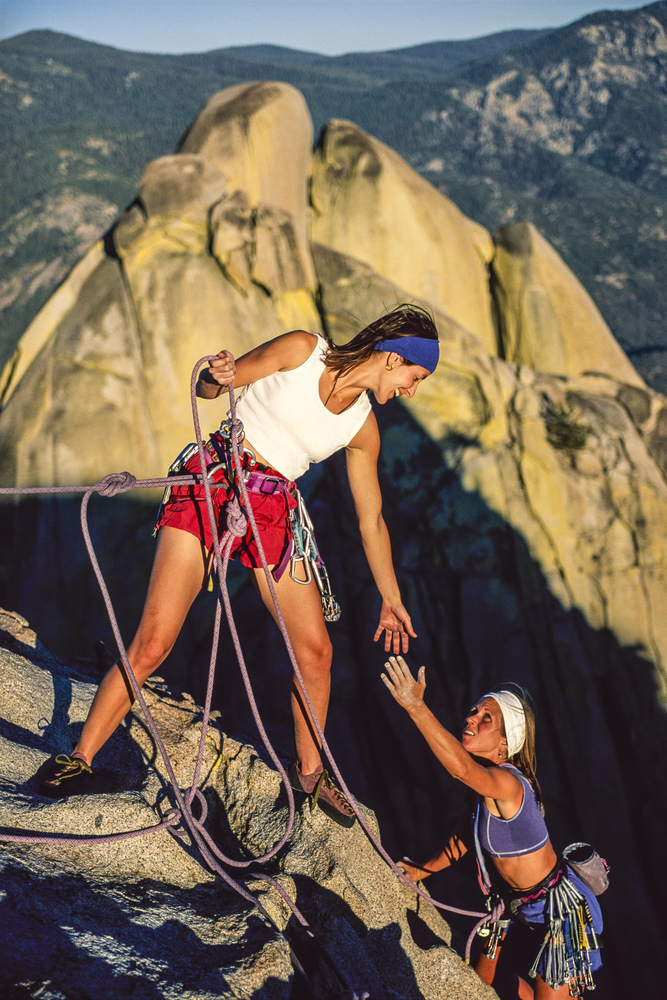 During our time working together, I was impressed by my potential partner’s sales abilities and drive to hit the personal goals we’d set. But when it came time to work together, we struggled to reach consensus on small details. Conversations that should have taken minutes would take hours, and would often require a post-mortem email or phone call to discuss our working styles. Though my potential partner was performing well by the numbers, my own productivity was dwindling as I spent more and more time on managing our relationship.

As the month drew to a close, I found myself increasingly uneasy. I knew that there were issues with my potential partner, but I also knew that the company would grow at a slower pace if I had to start the co-founder search from back at square one. When it came down do it, I trusted this person for the tasks we’d initially set out (mostly sales), but I didn’t think we’d be able to deal with the ups and downs of running a business together. At our one-month meeting, my equity offer reflected this feeling, which in turn, led my potential partner to pursue other opportunities.

After we parted ways, there was a brief moment of self-doubt—followed by a long stretch of relief. PopInShop’s progress retroactively validated my decision, as the metrics on overall growth supported my gut: after reverting to my status as a lone founder, the company made fast strides on product development and partnerships. Even better, my stress level went down and my relationships with contractors, advisors, and part-time support improved.

And from this pool of talented people, I ultimately ended up with another co-founder—this time one that would stick.

Finding the right business partner for me

It had been several months since I’d started PopInShop. For most of that time, I’d been working with a contract web developer to build out our site incrementally as I learned what customers wanted.

At various times during this contractor’s projects, we’d talk about what else he was working on and whether he’d ever be interested in joining PopInShop full-time as a co-founder. But we kept the conversations casual, in part because I wasn’t sure early on what our technical needs would be, but also because I’d been conditioned to believe that finding a technical co-founder was impossible.

Why did I think that? In my first year at Wharton, I attended an info session led by David Tisch of TechStars, a well-regarded start-up incubator. With a short hand-raising exercise, David found that in a lecture room full of 100+ aspiring entrepreneurs, only one person had a technical background and was looking for co-founders. (Another person in the room detailed that talk and his tips to overcome this challenge in a great piece that later ran in TechCrunch.)

I’d heard similar things in other entrepreneurial courses and at speaking events, but the number—1 out of 100—made it exceedingly clear: If finding a business co-founder was hard to begin with, then finding a technical co-founder was impossible.

Given that reality, my conversations with the contract developer didn’t move forward very quickly. But this actually turned out to be beneficial.

We worked together for months and over that time formed a great working relationship. We built trust and respect gradually, as opposed to having to constantly evaluate our trust and respect levels on the period of a trial schedule. There was no meta discussion—we just got things done.

Another reason this turned out to be beneficial was that I was able to show this would-be partner what I could do as an entrepreneur. I got customers, found partnerships, and generated revenues. I wasn’t just going to boss around the product guy and make demands. I could hustle.

By the time I was sure that I needed technical talent in-house and was ready to try again with co-founder dating, my contractor wanted to throw his hat in the ring. And because we’d already worked together and answered some of the tough questions with our actions, we went from casual conversations to talking terms within the week. Today, this contract developer is my co-founder and partner in the business.

The lesson from my experience with failed co-founder dating is to trust your gut. But when things are right, my gut is usually pretty quiet. It’s the absence of anxiety that made me realize that I trusted my co-founder and wanted him to be a partner in the business.

And after going through both experiences, I suspect that formal trial periods vs. contracting may have a big impact on gut reactions. Contracting is a much better way to build a relationship, if your business can afford it.