Why Cloud Storage is Growing in Use and Popularity 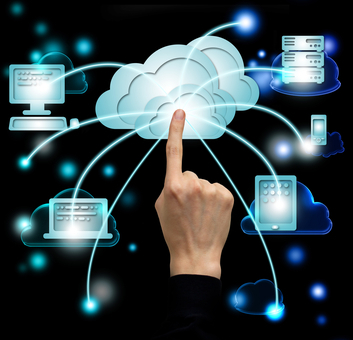 Social psychologists look at things a little differently than most. Where other scientists break ideas down to the component pieces, a social scientist will look at the relationships between systems. Instead of asking ‘how’ something works, they are more likely to ask ‘why’ something happens. The popularity of cloud storage systems is no exception. It’s easy to compare the components that the major providers may offer, but just knowing storage capacities means little without understanding why someone would use cloud storage systems in the first place. For about $10 per month, a person can get 100 to 200 GB of data storage. What the person does with this data is what makes cloud computing significant. In a Gatepoint research survey, business executives and IT pros noted some of the benefits of using cloud storage. Having access to data in a disaster was ranked highest (63 percent) by those surveyed, while about half of those surveyed highlighted the benefit of centralizing data management, while 44 percent cited costs savings through the cloud. These benefits are mainly to the enterprise customers of cloud storage services. Though similar benefits are being felt by small businesses and consumers as well.

Google is now giving 15 GB of cloud storage for free to be shared across its Google Drive, Gmail and Google+ Photos applications. For those who have purchased certain Google applications, the amount goes up to 30 GB. Unto itself, this announcement is unimpressive. Amazon, Bitcasa and CX all have free data storage programs. But Google’s cloud storage does not exist in a communications vacuum. The data storage is shared over some of Google’s hottest electronic communication applications. Google+ is Google’s version of a social media platform. Google has been very clever in making their platforms cross-integrated. A person can snap a picture with his Android smartphone, automatically sync the photo into the cloud server, and share it via Google+ and Gmail. All of this can be done with a few clicks of a button. It is this ability to rapidly store and communicate information and photographs that make Google’s cloud system so popular. Google is banking on this by giving users extra storage space for social interactions.

Since efficiency is the goal here, researching the top file-syncing and storage services at HostGator storage reviews may be in order. Checking company needs against the specifics of cloud storage systems is certainly the best way to select a cloud server. Google Drive, SugarSync and DropBox are file share and syncing systems that allow the user to get into their files from anywhere with Internet access. The syncing mechanism allows the user to edit files within the computer’s resident office suite. Google Drive, formerly Google Docs, has a built-in office suite so that documents can change within the system. DropBox may be one of the more popular of the cloud storage and syncing providers but PC Magazine gives its nod to SugarSync which they tout as the most intuitive of the file-syncing services.

Apple has its own cloud storage specifically for music. iTunes Match has a yearly subscription rate of about $25 and offers a cloud linkage system for music. The service matches existing iTunes songs from the user’s playlist with iCloud, and only uploads songs that are not already on the cloud. By matching songs with the 26 million already in the cloud, the user does not have to suffer the waiting time necessary for uploading an entire playlist. Once it is on the cloud, the user can play it from any of his Apple devices. Google does have its version of iTunes Match, called (unceremoniously) Google Music. It allows the user to upload 20,000 songs for free or unlimited radio-style music for under $10 per month. While this is technically a cloud storage system, Google Music is not part of the data storage sharing between Google Drive, Gmail and Google+ Photos.

The Internet has made the world smaller. One third of the world’s population has Internet access. In North America, this number is almost 80 percent. Facebook has more than one billion users. We communicate throughout the world without a thought to location or distance. The Internet has changed the way we think about the world and how we do business. A CA Technologies report shows that 78 percent of U.S. companies store data in a private cloud system. This means that the data is securely accessible to anyone that the user deems appropriate. When Google originally introduced Google Docs, it was not the storage that made it important. It was the interaction across distance that wowed the users. A person could draft a document in Los Angeles and have it viewed, edited and signed in Hong Kong in a matter of minutes. Before Docs, this was the province of large companies with special optical recognition software that could scan a document for transfer. Now small business owners and entrepreneurs have this technology available. The relationships created because of cloud computing mean that a business’s geographic location no longer needs to be in its backyard.

Elizabeth is an award winning co-author of CoupleDumb.com which is ranked within the top 1% of all relationship sites. She has 25 successful years of experience when it comes to running a small business. Elizabeth also co-wrote "Dysaffirmations" book and co-hosts "Relationship Rehab" a relationship web series.