Why Mentoring is Essential to Your Business: Part Three

In Part One of this series, we established that mentoring is the process of sharing wisdom, guidance, direction, and learned techniques with designated groups and individual team members. We examined its critical role in facilitating growth within the organization and its tendency to add traction up and down the career promotion ladder.

In Part Two we looked at the different types of mentoring and how each activity helped to build a strong foundation on which specific sharing and training  objectives coalesced into a unified force to strengthen the organization for the long haul. 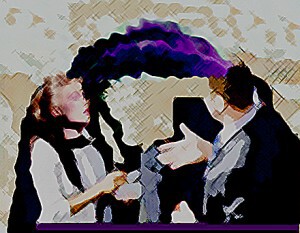 In Part Three we’ll pull the whole thing together with specific examples and best practices that add consistency, tangibility and accountability to your effort to build mentoring into your culture and stay focused on the objectives that fit your specific needs.

These categories, however, are much too broad to reflect the specific needs of your organization. For instance, if we choose to begin our program with customer acquisition and retention, we must first identify who our customers are, which specific product (s) support which specific customer group (s), if there is a problem or inefficiency within a group, and if there is an internal solution that already exists and is appropriate for the culture. We should’ve already done this, but depending on the size of the business, maybe, we haven’t.

We must then measure the importance given to this category, versus another category with equal or greater importance, such as safety or high turnover or empowering high performers. Morgan Stanley, for instance, had a mentoring  goal of retaining more women employees in sales. IBM developed a special mentoring program to improve the socialization experience for new hires,  trying to adapt to the formal company culture. Remember, this effort will cost time and money. A category should “earn” our attention and not be chosen, arbitrarily, or because it is the point of least resistance.

Let’s say we choose customer acquisition and retention. Let’s say we fully understand the dynamics involved with each customer group and the assortment of products associated with that group. Let’s say we have identified the problem: “Customer retention is low. We’re getting customers in, but losing them almost as quickly.” Now what?

The next step is to determine whether a solution already exists. For some reason, Ole Harry’s customer retention rate is twice as high as everyone else’s. Is he super analytical or intuitive? Is he breaking all of the rules? His customers are staying with him and we need to know why.

As the owner/CEO or general manager, it is your responsibility to find out why. As mentioned in our previous discussions, not every employee is willing to share information  with his or her peers. Through researching the sales records and talking directly to Harry, you are in a better position to identify patterns or deviations in normal behavior that contribute to Harry’s  success. You may find that Harry’s tricks-of-the trade are only the the tip of the iceberg. That is to say, he’s on to something that not even he has fully exploited.

Think about it this way. The original Apple engineering team had no idea the iPhone would lead to the iPod which would lead to the iPad which will lead to iTV. Ole Harry might not have any idea the personal birthday cards he sends out to each customer will lead to an in-house database which sends out flowers if there’s  a death in the family or hotel and airline discounts if the customer is going on vacation or courtesy alerts about new restaurant openings near the customer’s business.

Even if Harry is willing to share his techniques with his peers, it doesn’t mean he fits the profile of an acceptable mentor (profile discussed in Part Two). However, if he is willing and fits the profile, it is still up to you to facilitate the partnership between him and the other customer service reps. This means, establishing specific objectives, parameters and expectations related to the mentoring effort.

It’s a good idea and best practice to establish a time period and minimum amount of hours within that period Harry will mentor and sales reps will make themselves available to be mentored. In the initial phase, usually six months to a year, it’s a good idea to have both Harry and the other reps meet with you (individually) on a weekly basis to offer feedback about the success or failure of the program. Perhaps, they are not getting along; or someone is too busy to participate.

These problems are normal. It just means you haven’t emphasized the importance of the program and the impact it will have in the long run on the entire organization. As a leader and visionary, you must constantly promote and endorse mentoring efforts, both publicly and privately, and reward participants accordingly. We’ll talk about these rewards in just a moment.

Determine the category in which your formal mentoring program should begin.

Research the nature of the problem and potential solutions that already exist.

Identify acceptable mentors who have the attitude, knowledge and skills to help others responsible for performing similar tasks.

Set parameters and expectations for their mentoring interaction. Communicate with each participant in person (not by email or text) to monitor their experience with the program, and if necessary, implement changes in the procedures.

Now comes one of the most critical parts of the puzzle. You should compensate individuals for their participation.

Earlier, we talked about the investment of time and money. The majority of the money investment goes toward rewarding those who participate. One of the most prevalent deterrences to a successful mentoring program is the idea that people should be willing to stretch themselves, share their hard-earned secrets, endure the unappreciative,  lackluster buy-in by contemporaries, just to earn a pat the back and be called a team player.  Team player … exactly where does that lead to in the real world? People need to be compensated.

Now, here’s the tricky part. How much, how often, and in what form?

We must first consider the upside and downside to compensation. The upside is obvious. People who are rewarded, personally, are more inclined to take a personal interest. Enron operated with impunity for so long because everyone along the food chain, bankers, lawyers, investment houses, politicians and  upper echelon staffers, were making so much money, they couldn’t back away from the table. It’s the same with corporate bonuses and overrides. The incentive becomes personal. People get involved.

The downside to mentoring compensation is, if not implemented with the greatest of care, it sets a future precedent that obligates the owner to pay for every demonstration of initiative.

The key to this strategy is communications. You must inform potential participants of your expectations and limitations. You might say, “As a small business with limited resources, I can’t possibly compensate you for all of the valuable contributions you make to our mentoring program. But whenever possible, I will show my appreciation.”

It may be something as small as a free pizza lunch or as large as a fat bonus at the end of the quarter. How much more would you pay a professional consultant to come in to perform the same mentoring task? Studies show that mentored employees attain a higher performance rate and loyalty/retention level than do non-mentored employees. What additional value would you assign to the mentors who help to make this happen?

One best practices approach is to train the trainer. Allow the mentor to choose a category of internal or external training in conjunction with his or her career goals, and agree to pay all costs associated with the training. There may be a real estate certification class in Florida or a computer programming convention in California. Show your appreciation. Pick up the entire tab.

In closing out the series, I want to encourage you to use the power of mentoring to grow your organization. You have a secret weapon in the receptionist who, with just a few hours a mentoring each week, could become your top salesperson, or the dispatcher who could become your in-house social networking expert. Use mentoring as a way to gain a strategic advantage over your competitors.