Will The Marketplace Fairness Act Affect Your Small Business? 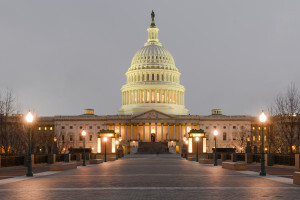 In May, the Senate approved S.743, a bill dubbed the Marketplace Fairness Act, by more than a two-to-one margin. The bill was drafted to close what is seen as a tax loophole — one that has allowed online retailers to avoid collecting sales tax. If the bill makes it through the House, President Obama has indicated he will sign it into law. There has been a lot of debate thus far over the bill and I’ll try not to weigh too heavily with my own opinion. Many online-based small business owners, however, are not that interested in the political dealings of the Marketplace Fairness Act, and are instead wondering how this legislation will impact them, what they have to do to comply with the new act, and when they have to comply by.

If and when this bill makes it through congress and the White House, section 2 (a) and (b) both specify an amount of time before a state can begin to enforce the provisions of the Marketplace Fairness Act and collect tax. If a state has already passed the a Streamlined Sales and Use Tax Agreement, which 22 states have (24 if you include associate members Ohio and Tennessee), it has to post that it is going to begin enforcement. After that, it has to wait for the first day of the financial quarter following a 180-day waiting period before beginning collection. Alternatively, if a state has not signed on for the streamlined agreement, it has to enact legislation that exercises the authority of the act, and then wait until the first day of the financial quarter following six months after that legislation is passed. In either case, the state must also ensure it only has one entity responsible for tax administration and remote audits, and set a uniform tax base among the state and the local taxing jurisdictions within it.

Section 2(c) of the act creates an exemption for remote sellers that have less than $1 million in gross annual receipts from remote sales. In other words, if your business isn’t making more than one million dollars in out-of-state sales, you will not have to collect anything new. However the one million dollar mark may negatively impact remote sellers who use a third-party site as their storefront — for example eBay sellers or independent Amazon stores — because the gross annual receipt calculation does not incorporate the transaction fees typically paid to third party sites. These fees usually range from five to 15 percent of the item’s final cost, so a seller that generates more than a million dollars in gross receipts may not, necessarily, be making as much money as the law thinks.

Section 2(b)(2)(2)(D)(ii) stipulates that every state that requires sellers to collect sales and use taxes must provide remote sellers with free software that calculates all taxes due at the end of each transaction, files returns, and is updated to reflect any changes to tax rates. Further, a ‘certified software provider’ must provide the program. If the program or software provider makes any mistakes, the seller cannot be held liable for non-collection, effectively putting the burden squarely on the shoulders of the state. Unfortunately, there is again a pitfall to this provision. There is no uniformity to the software that the state chooses. Each of the 45 states that collect sales tax could, theoretically, use a unique form of software, which could create a logistical nightmare for a smaller business. Then again, if there is some uniformity and the software is intuitive, the integration process could be fairly simple.

The Marketplace Fairness Act is supposed to level the playing field between traditional brick and mortar storefronts and online stores. From the provisions in this act, it seems that both the smaller and larger businesses will be okay — smaller business are exempt, and the big names of online business can negotiate their own breaks and grants. It is more likely that mid-sized businesses are going to be most impacted; businesses that cannot afford a team of accountants and lawyers, and yet make too much to squeak by with an exception. A lot of online stores that were started years ago and are just now beginning to really pick up steam will be hit the hardest. The actual text that makes up this act is fairly straightforward, though as has been seen there are some serious concerns that need to be addressed. Where is this software coming from? Will the unique relationship between independent sellers and third-party sites like Etsy or eBay be taken into consideration? Is there any way to truly simplify the almost mind-bogglingly complex tax code of 45 separate states? I don’t think so, but hopefully the government can answer these questions and iron out the kinks before it places this burden on America’s online businesses — otherwise there may be some serious issues with enforcement.