She Does: 21 Quotes on Why Women Should Embrace the Challenge and Thrive as Entrepreneurs 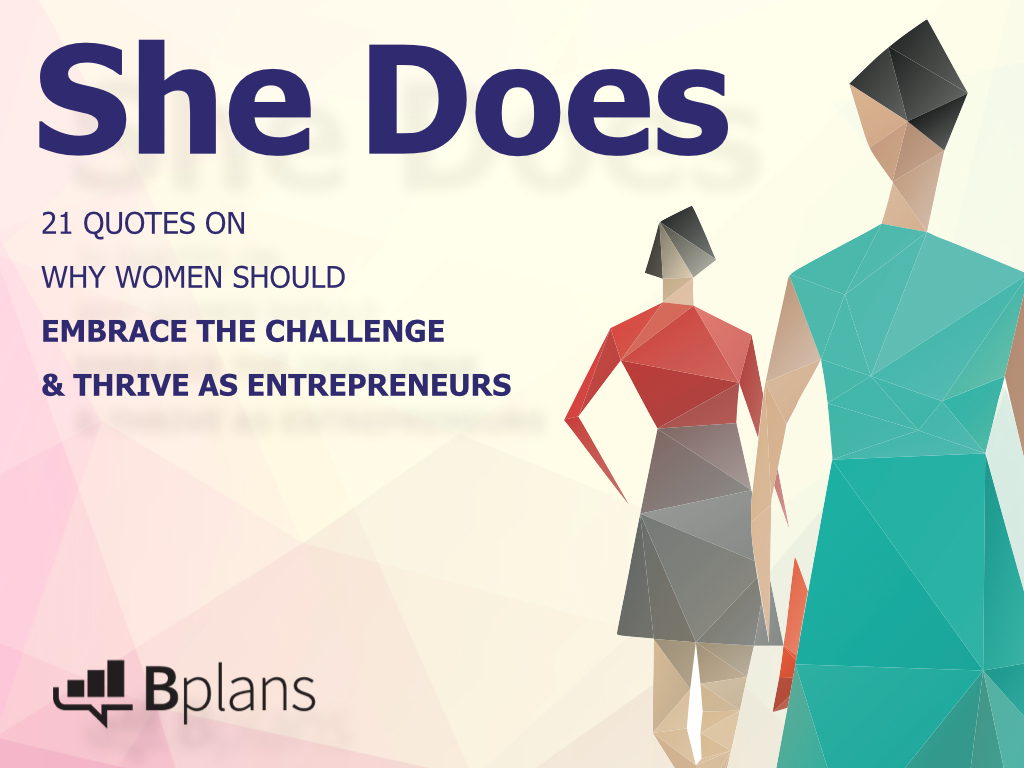 To celebrate Women’s Entrepreneurship Day, we’ve collected 21 quotes from women about the challenges and fulfillment they’ve found in entrepreneurship. Featuring iconic business women and trailblazers like Oprah Winfrey, Coco Chanel, and Arianna Huffington, to small business owners who are etching out a path of their own and reaping the rewards.

She Does: 21 Quotes on Why Women Should Embrace the Challenge and Thrive as Entrepreneurs 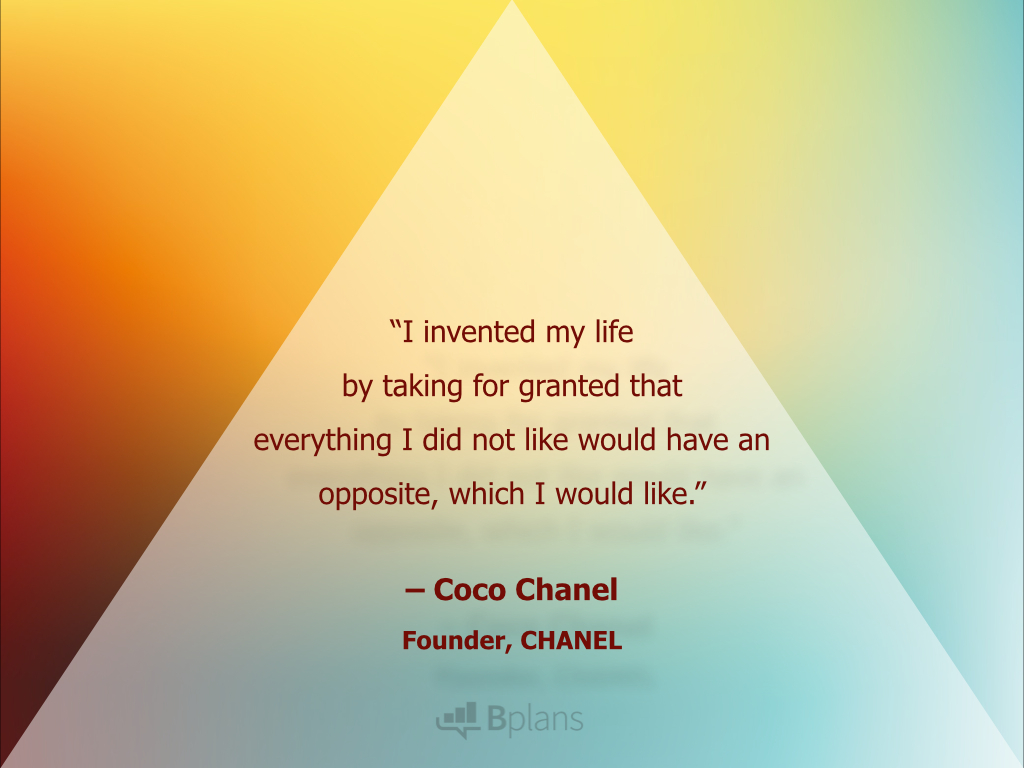 “I invented my life by taking for granted that everything I did not like would have an opposite, which I would like.” — Coco Chanel; Tweet this! 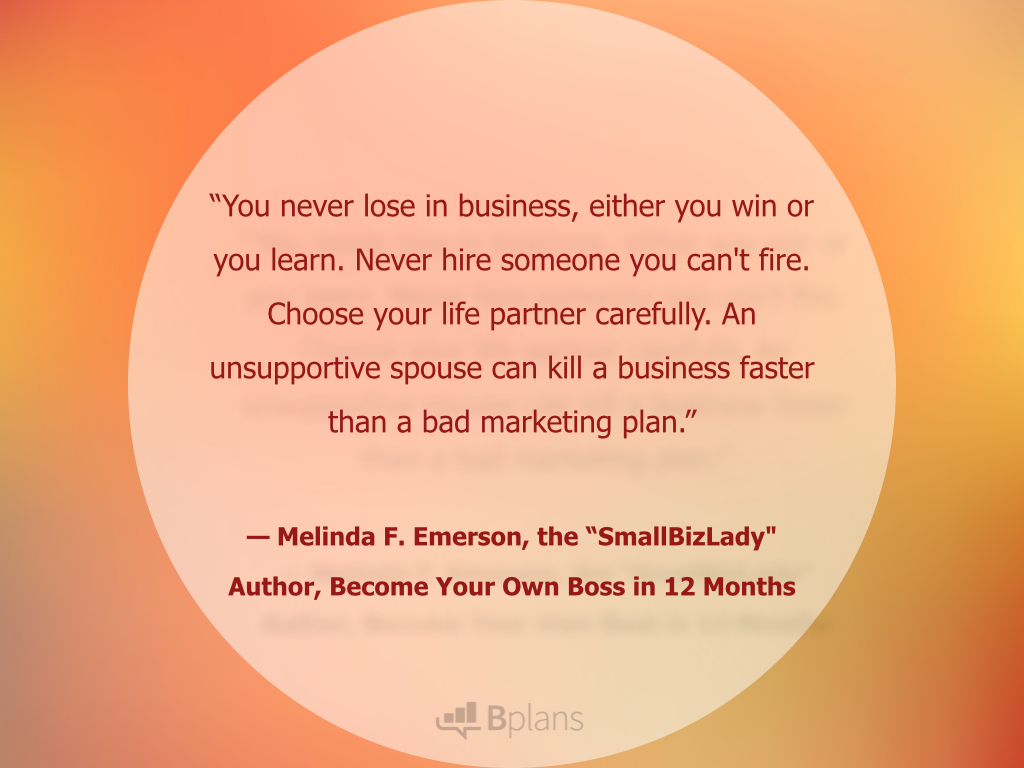 “You never lose in business, either you win or you learn.” — Melinda Emerson, the “SmallBizLady”; Tweet this! 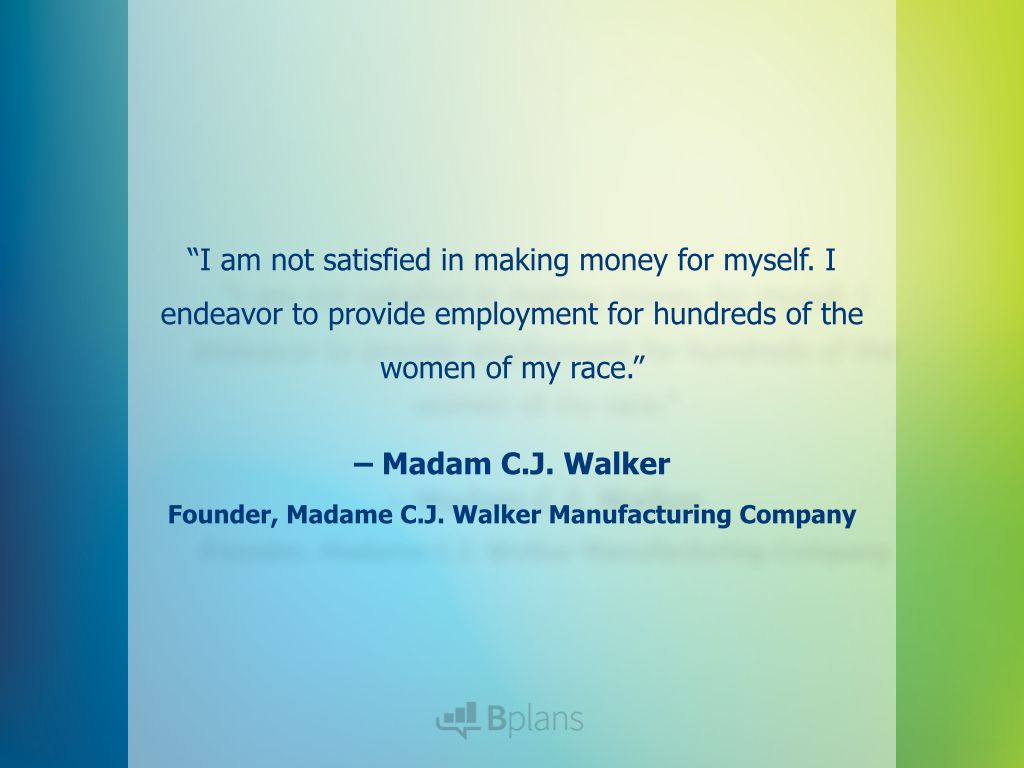 “I am not satisfied in making money for myself. I endeavor to provide employment for hundreds of the women of my race.” — Madam C.J. Walker; Tweet this! 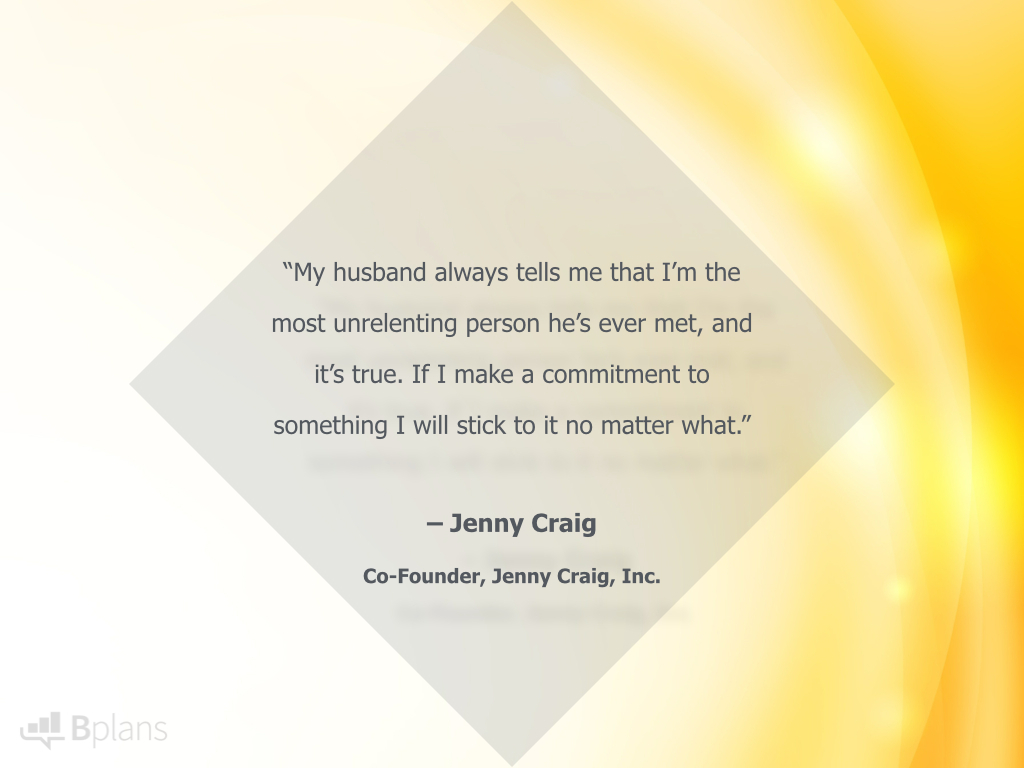 “My husband always tell me that I’m the most unrelenting person he’s ever met, and it’s true. If I make a commitment to something I will stick to it no matter what.” — Jenny Craig; Tweet this! 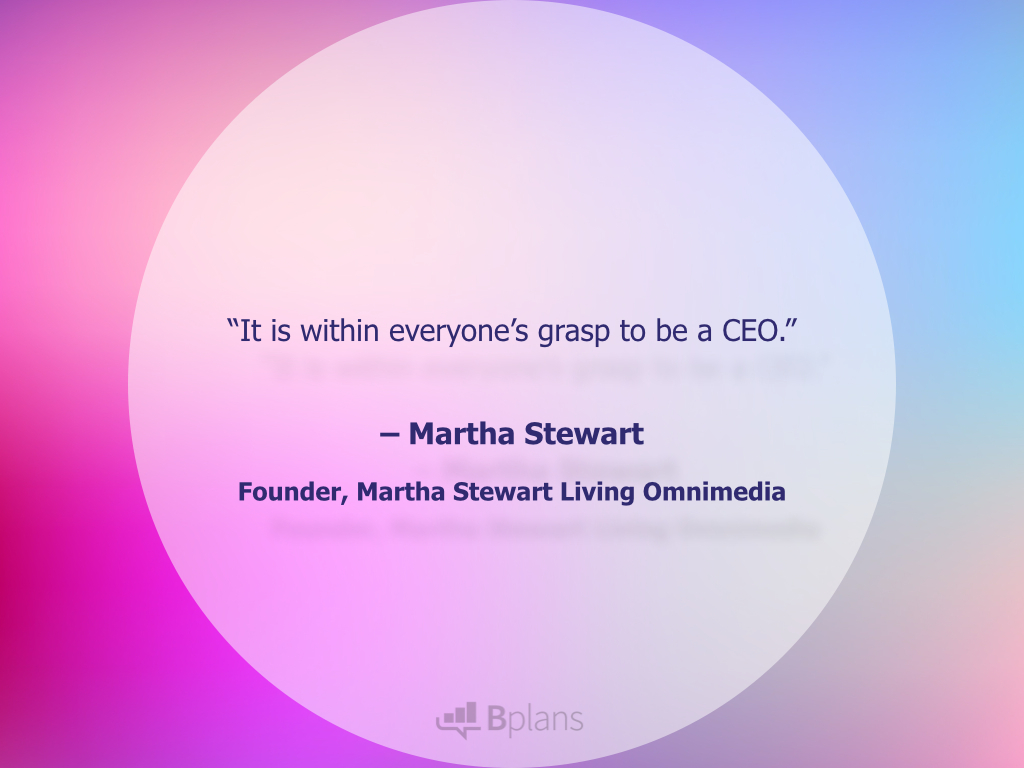 “It is within everyone’s grasp to be a CEO.” — Martha Stewart; Tweet this! 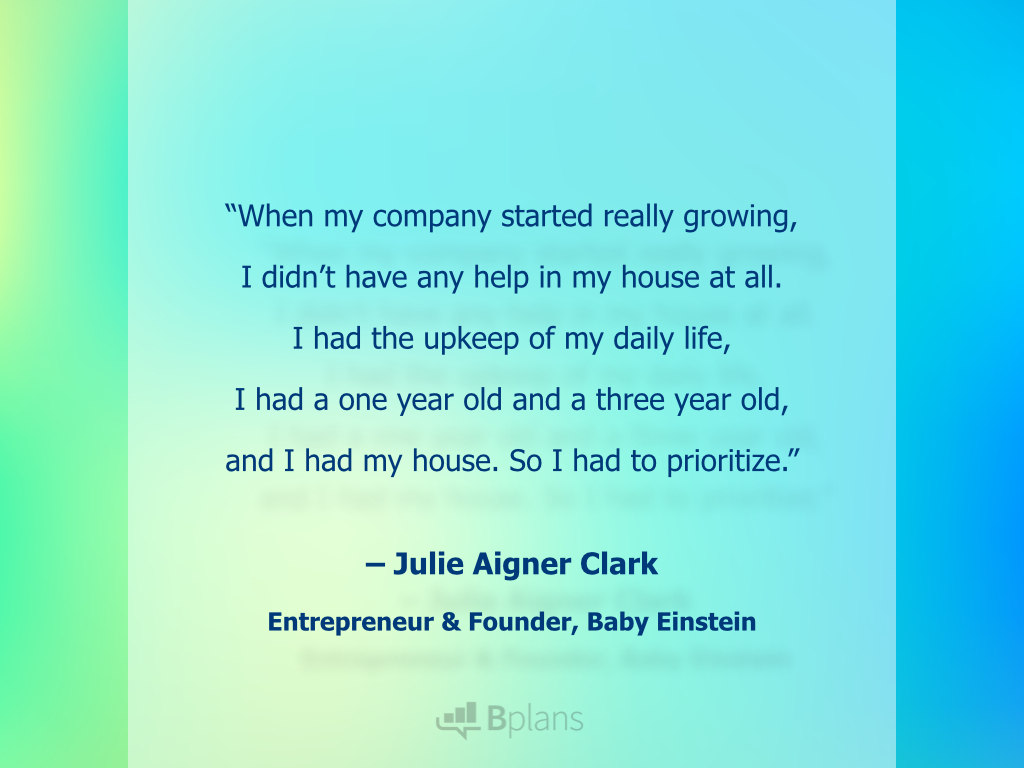 “When my company started really growing, I didn’t have any help in my house at all. I had the upkeep of my daily life, I had a one year old and a three year old, and I had my house. So I had to prioritize.” — Julie Aigner Clark; Tweet this! 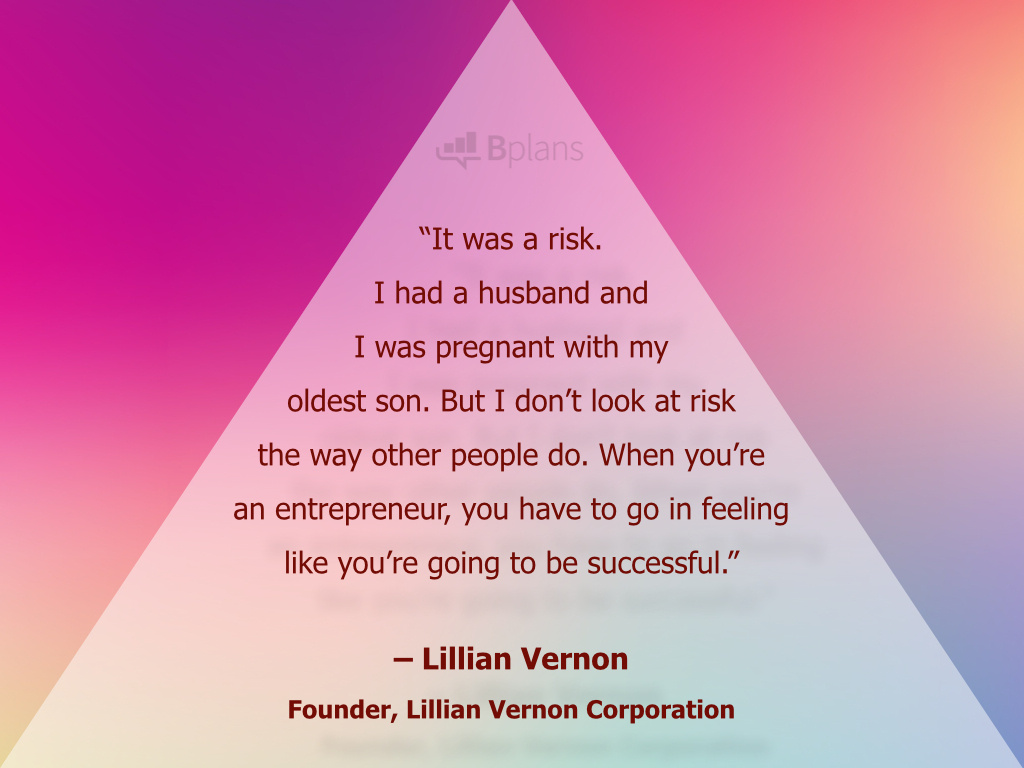 “It was a risk. I had my husband and I was pregnant with my oldest son. But I don’t look at risk the way other people do. When you’re an entrepreneur, you have to go in feeling like you’re going to be successful.” — Lillian Vernon; Tweet this! 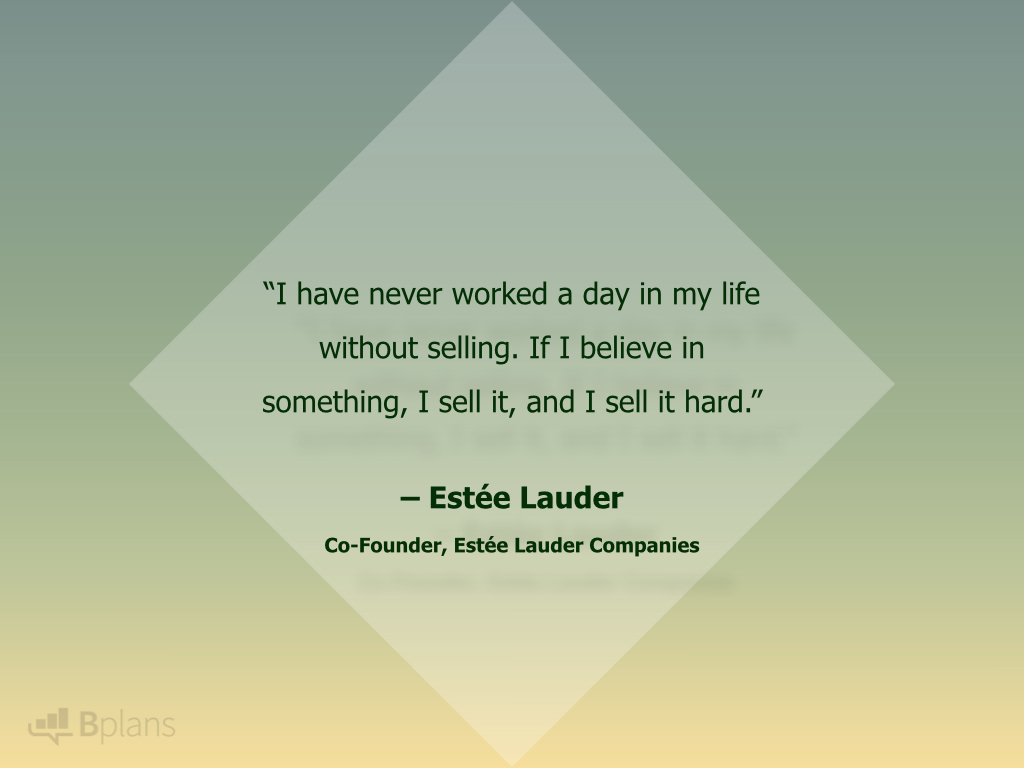 “I have never worked a day in my life without selling. If I believe in something, I sell it, and I sell it hard.” — Estée Lauder; Tweet this! 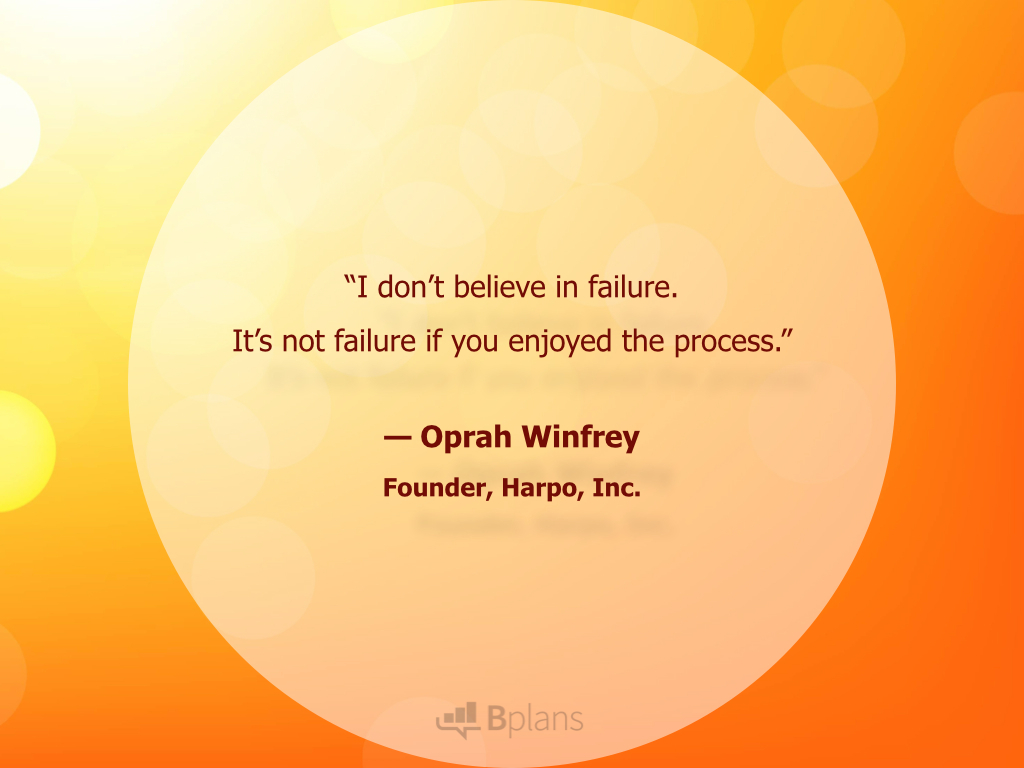 “I don’t believe in failure. It’s not failure if you enjoyed the process.” — Oprah Winfrey; Tweet this! 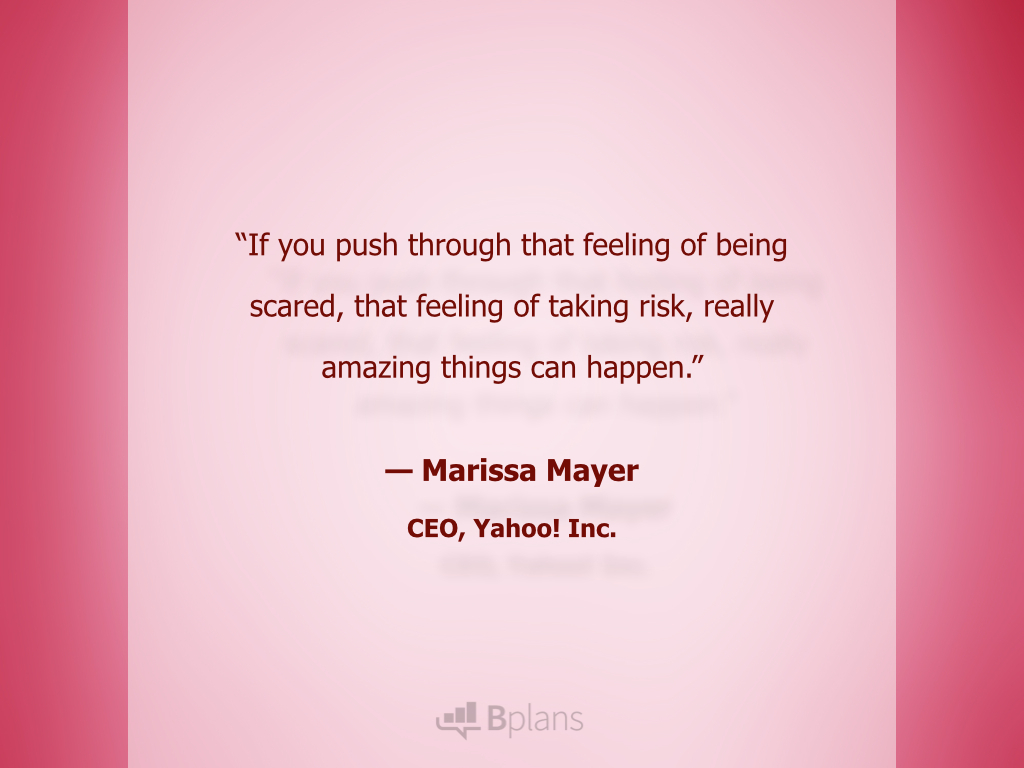 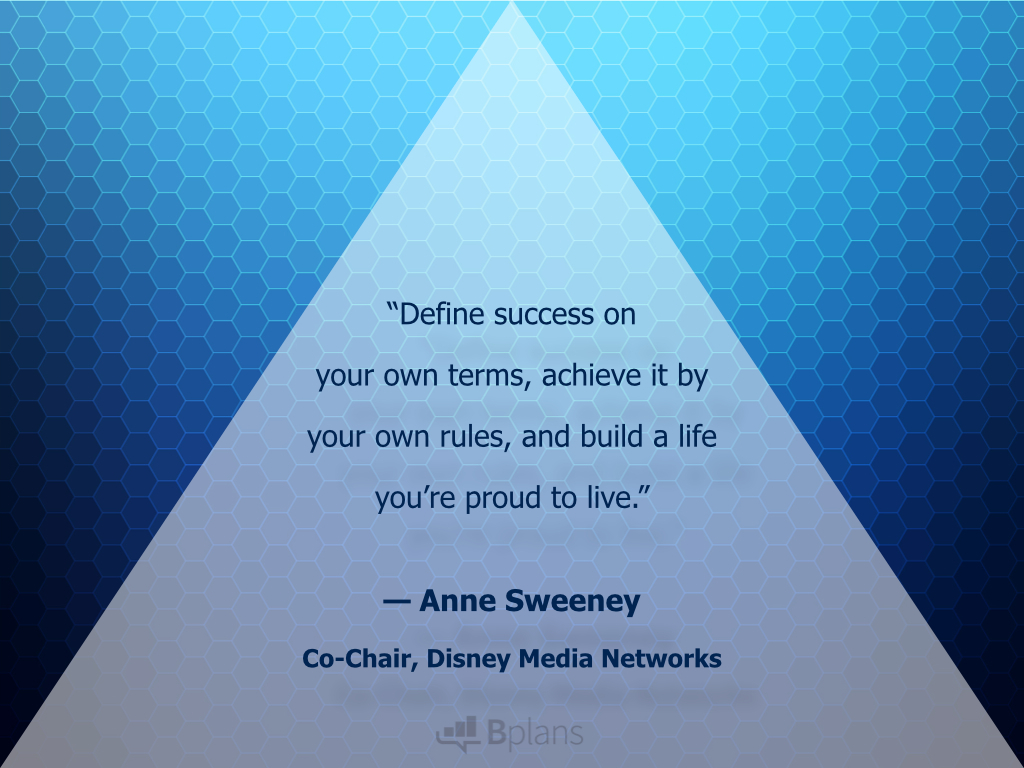 “Define success in your own terms, achieve it by your own rules, and build a life you’re proud to live.” — Anne Sweeney; Tweet this! 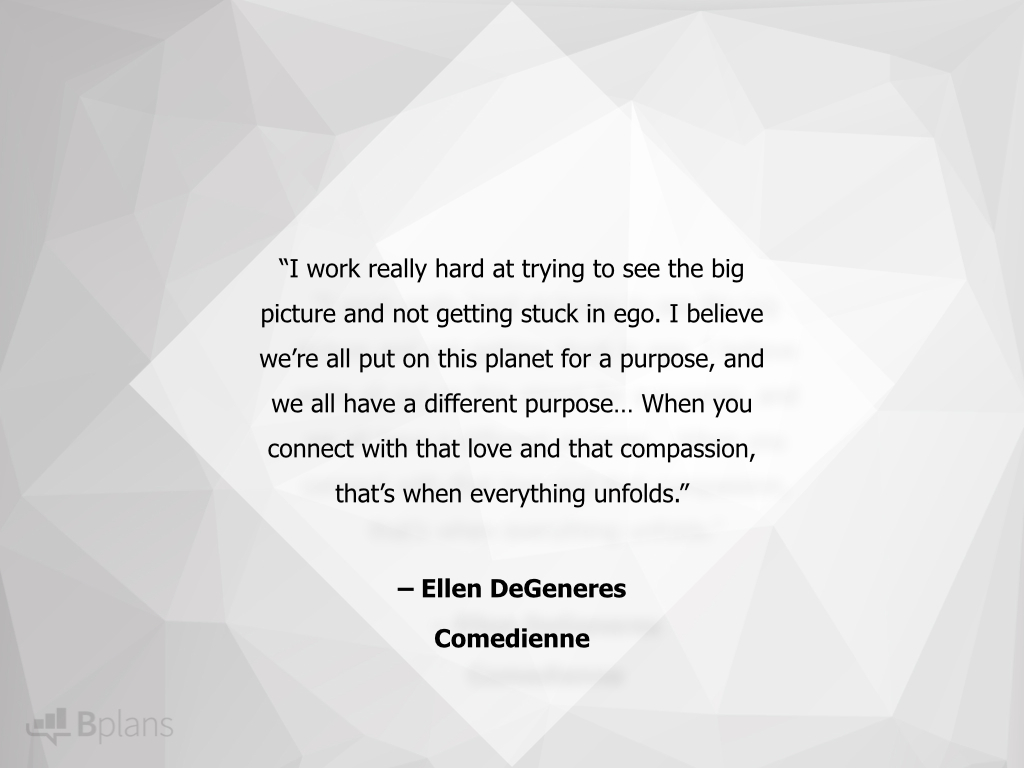 “I work really hard at trying to see the big picture and not getting stuck in ego. I believe we’re all put on this planet for a purpose, and we all have a different purpose… When you connect with that love and that compassion, that’s when everything unfolds.” — Ellen DeGeneres; Tweet this! 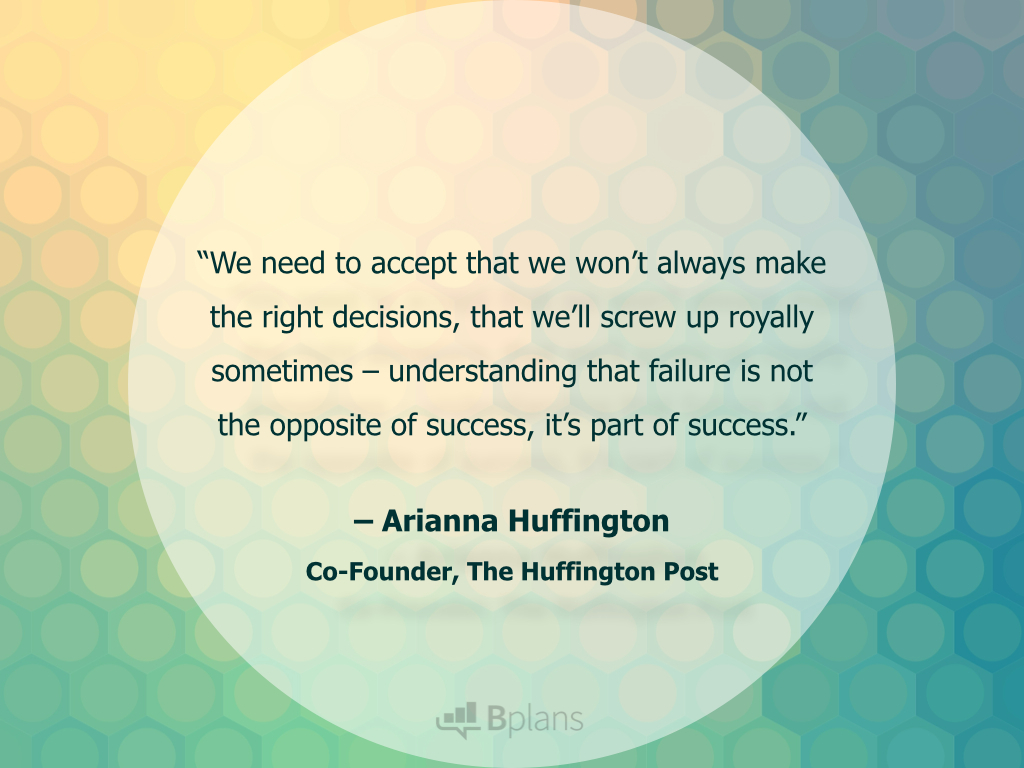 “We need to accept that we won’t always make the right decisions, that we’ll screw up royally sometimes—understanding that failure is not the opposite of success, it’s part of success.” — Arianna Huffington; Tweet this! 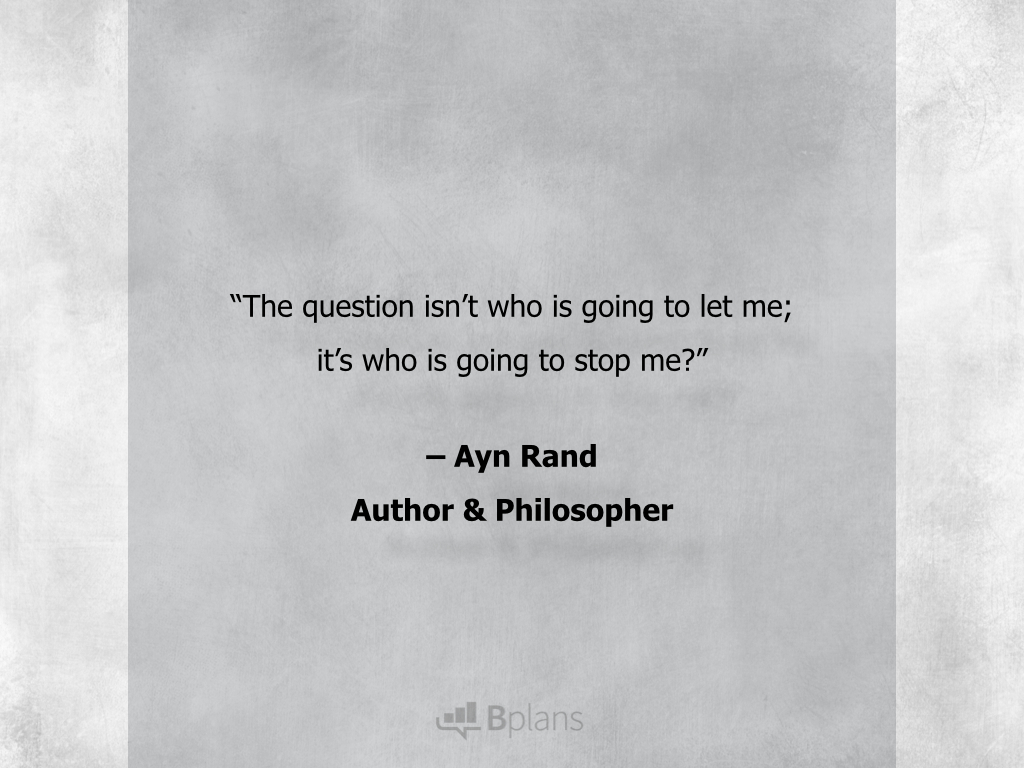 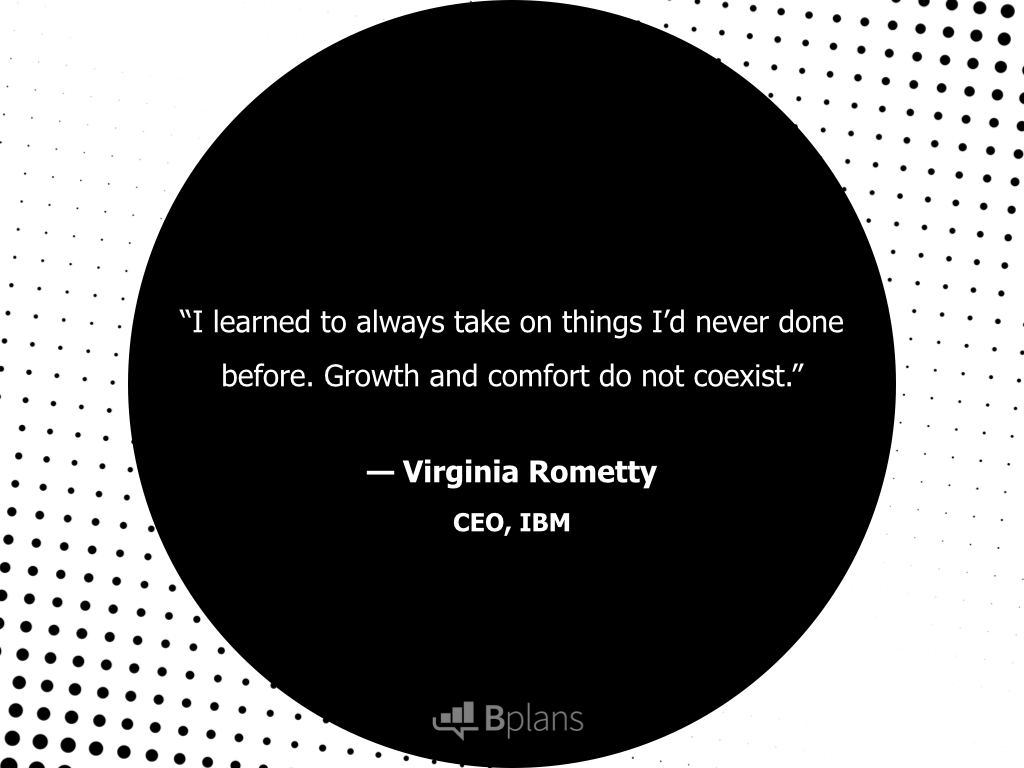 “I learned to always take on things I’d never done before. Growth and comfort do not coexist.” — Virginia Rometty; Tweet this! 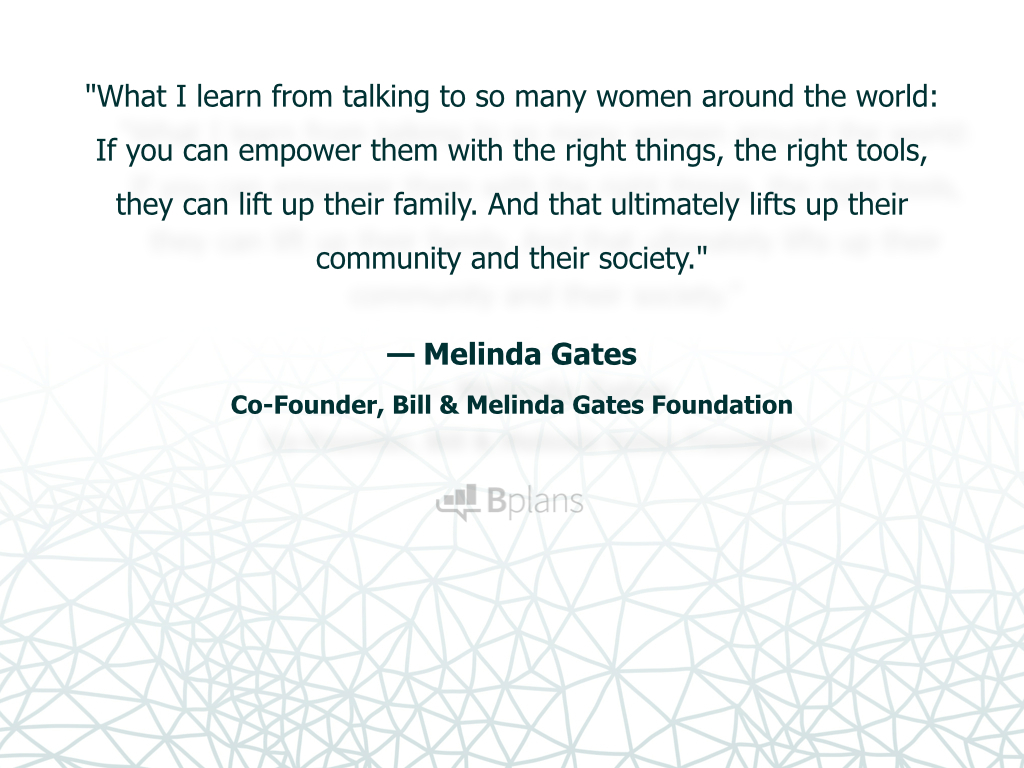 “What I learn from talking to so many women around the world: If you can empower them with the right things, the right tools, they can lift up their family. And that ultimately lifts up their community and their society” — Melinda Gates; Tweet this! 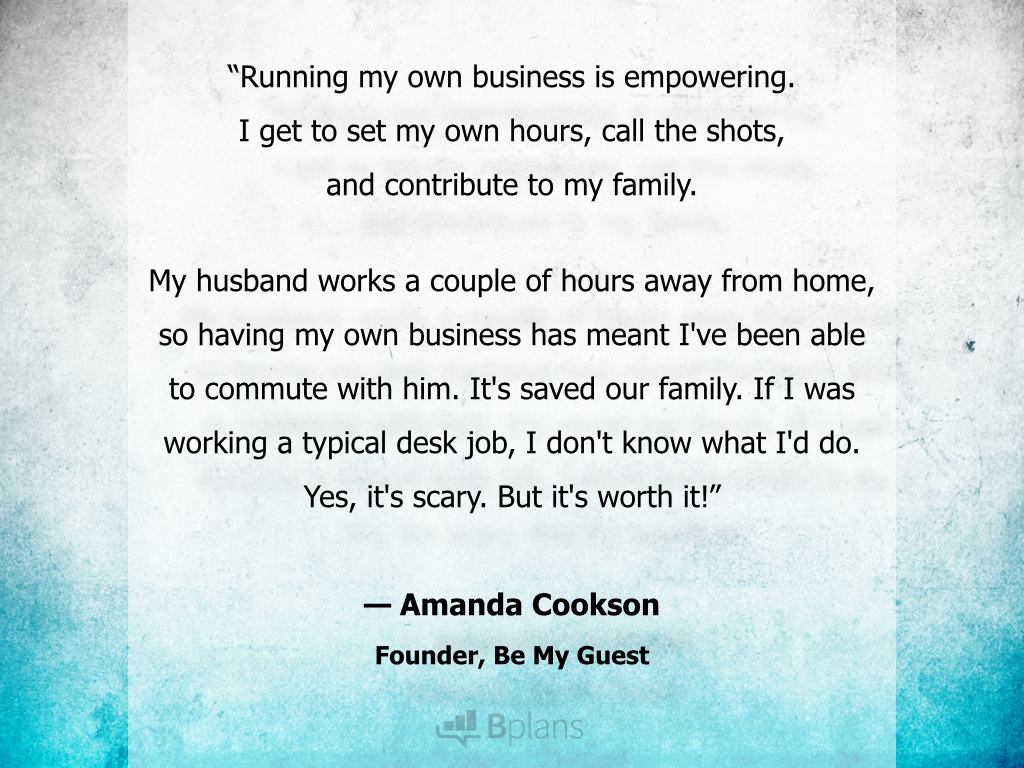 “Running my own business is empowering. I get to set my own hours, call the shots, and contribute to my family.” — Amanda Cookson; Tweet this! 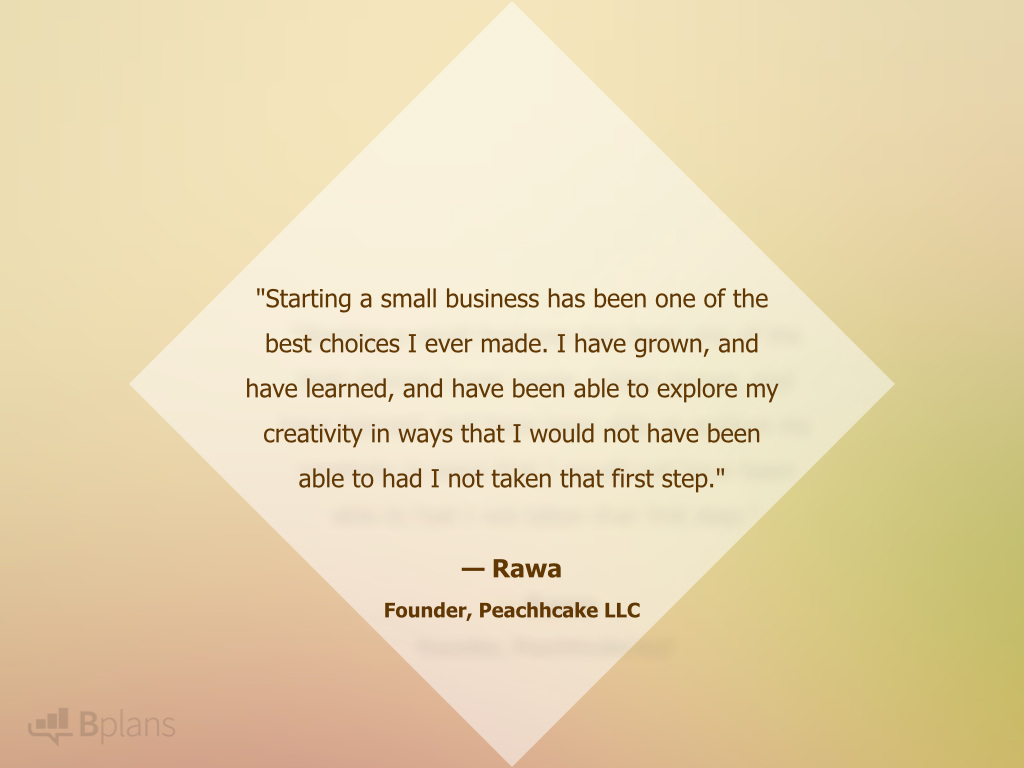 “Starting a small business has been one of the best choices I ever made.” — Rawa; Tweet this! 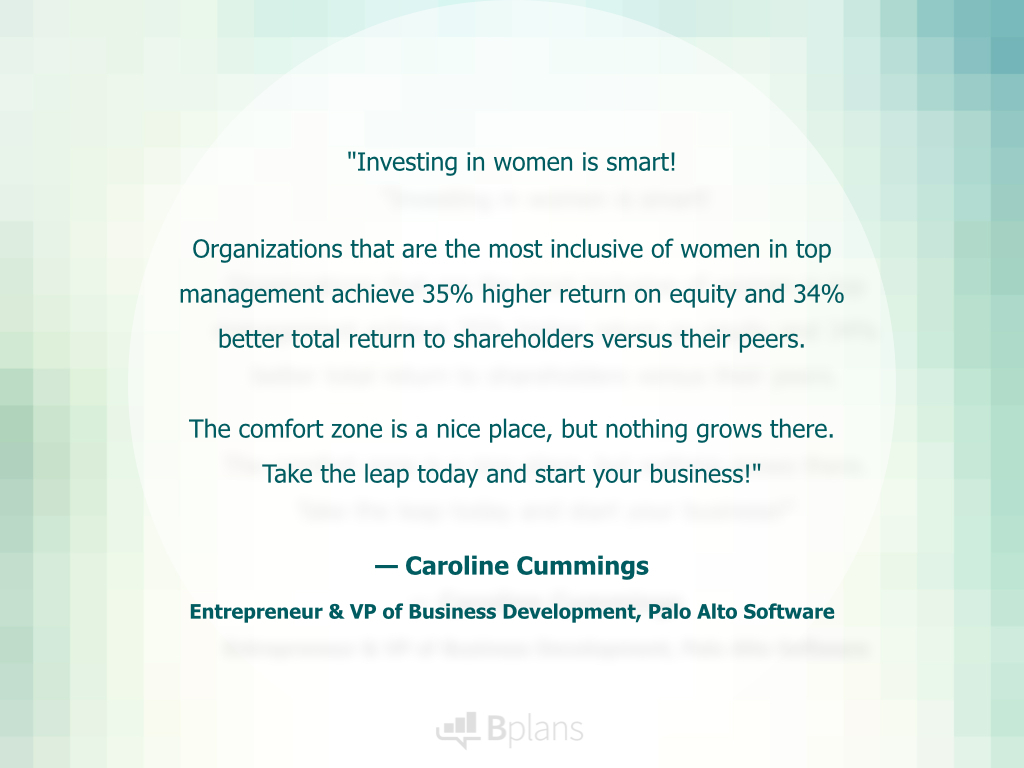 “The comfort zone is a nice place, but nothing grows there. Take the leap today and start your business!” — Caroline Cummings; Tweet this! 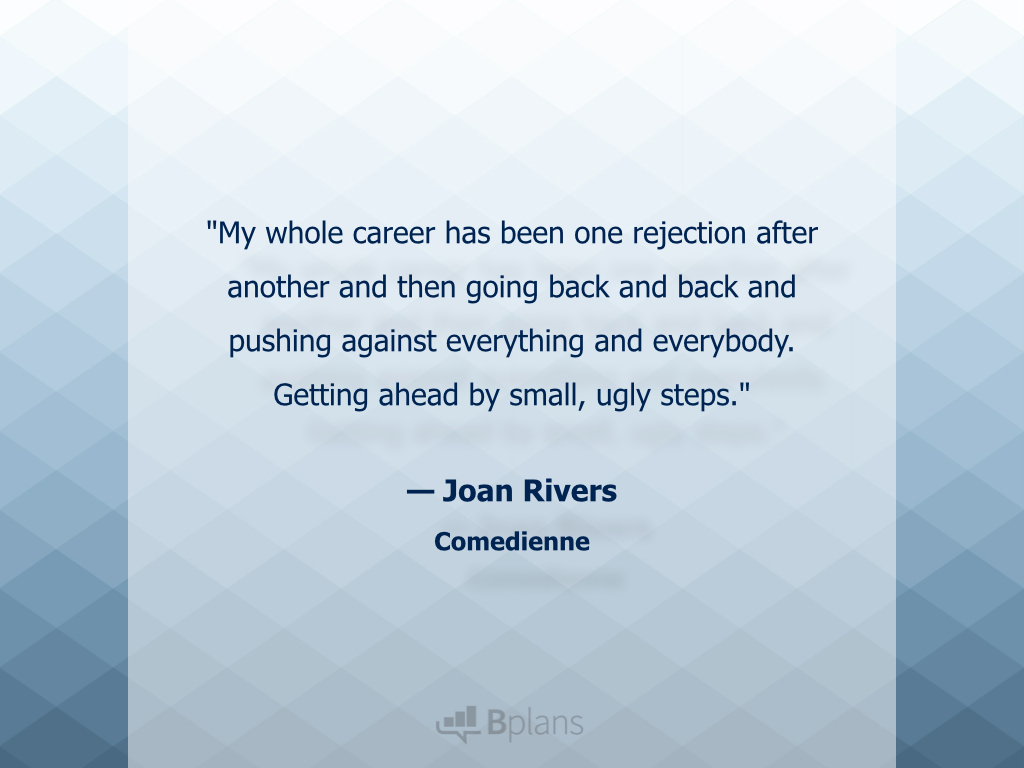 “My whole career has been one rejection after another and then going back and back and pushing against everything and everybody. Getting ahead by small, ugly steps.” — Joan Rivers; Tweet this! 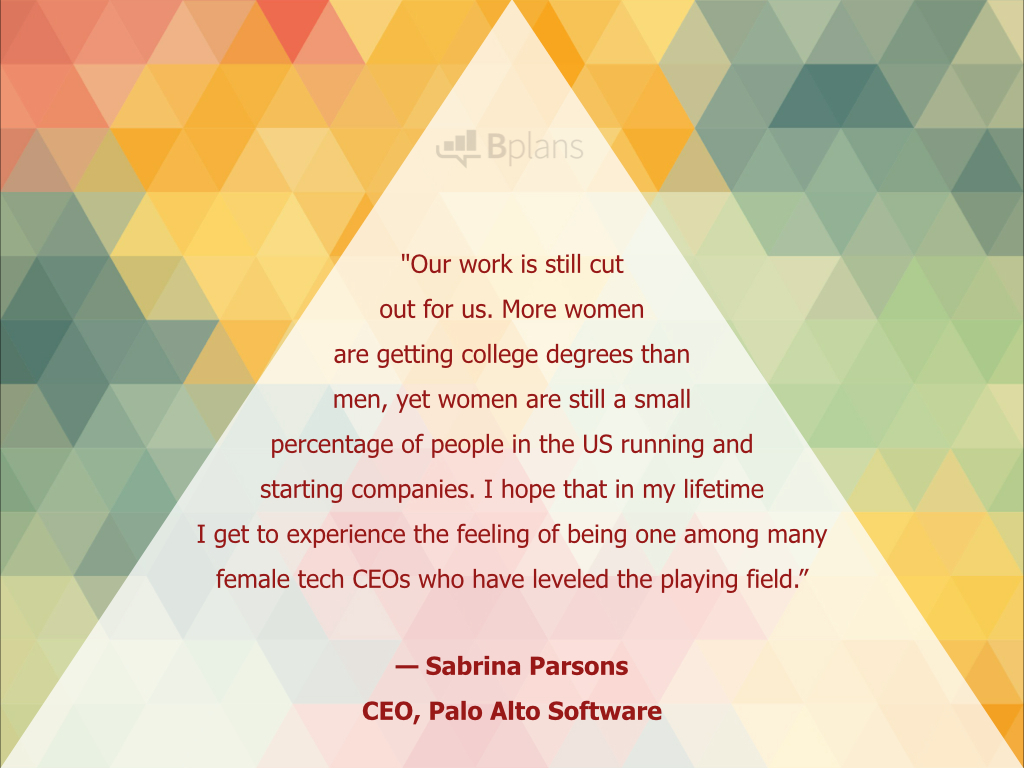 “Our work is still cut out for us. More women are getting college degrees than men, yet women are still a small percentage of people in the US running and starting companies. I hope in that in my lifetime I get to experience the feeling of being one among many female tech CEOs who have leveled the playing field.” —Sabrina Parsons; Tweet this!