6 Ways to Increase Sales for Your Restaurant

This article is part of our Restaurant Business Startup Guide—a curated list of articles to help you plan, start, and grow your restaurant business!

In the restaurant industry, there are a number of tried-and-tested and creative new ways to increase your profit margins.

So, if you’re interested in bringing new customers through the doors, or in getting existing customers to spend more (and attend more), this guide should give you insight into what you can do to run a highly profitable restaurant business.

From renting your venue out for private events to offering a seasonal menu, there are multiple research-backed strategies you can use to run a successful restaurant.

See Also: How to Start a Successful Restaurant 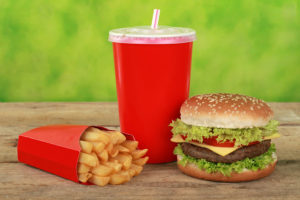 When the NPD, a leading market research firm, conducted a study on 5,000 consumers in order to understand combo meal purchase behavior, they found that while consumers find these meals easy to order and good value for money, they wanted to make changes to the contents of the meals, particularly in relation to side items.

Why then are we including combo meals on the list? Well, according to Bonnie Riggs, a restaurant industry analyst at the NPD, “Operators can increase combo meal orders by enabling consumers to pick and choose side items and by offering more side options or rotating the meal options on a regular basis.”

Although combo meal orders have declined, according to the NPD’s CREST report, 20 percent of all lunch and dinner visits still include a combo meal. Bonnie Riggs says, “Even with the combo meal decline, there is still a large group of consumers who would order the meals, which means there is an opportunity to renew their interest by giving them what they want.”

2. Offer smaller plates alongside large ones 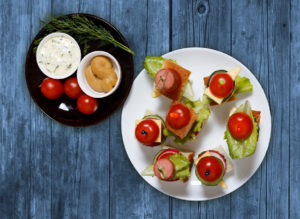 La Mangeoire, an NYC restaurant, offers courses in both full and half portions, with prices adjusted to suit.

Gerard Donato, owner of the restaurant says, “Since the small portion was introduced, sales have progressively gone up to three-quarters of our main course sales. The actual dollar sales went down in the beginning, but went back up since customers appreciated the new portions and came more frequently.”

You could also consider offering a greater number of smaller dishes or options to choose from—things that can be eaten as snacks, or that can be shared. One report conducted by the NPD Group found that while more American consumers are eating out during regular hours, these meals are composed of more “mini meals.”

A 2012 report by Technomic found that 48 percent of consumers snacked at least twice a day, a 25 percent increase since 2010. And, of those restaurants that adapted to this new trend, their share of the snack market increased from 17 percent in 2010 to 22 percent today.

See Also: 39 Things to Ask Yourself Before Starting a Restaurant 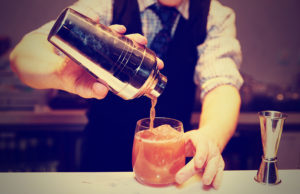 This has led to a rise in the popularity of off-peak meals and non-traditional eating hours, as that was typically when restaurants had their happy hours.

If you think it’s the drinks alone that draw customers in, think again.

According to Technomic’s recent Dinner and Late Night Consumer Trend Report, when consumers were asked about what attracted them to bars, restaurants, and other foodservice locations for happy hour, 61 percent of those surveyed said it was the type of food available that dictated where they went, and 55 percent also said that they considered food specials very important at happy hour.

While 37 percent of consumers said that they’d broadened their definition of snack to include a wider variety of food, 62 percent admitted that snacks are typically an impulse purchase.

If you’re going to be offering a happy hour, it might be a good idea to think of having discounted snackables, in addition to your discounted drinks. Also, note the word “discounted”; according to a 2015 Restaurant Industry Forecast, restaurant operators would do well to offer discounts, as 77 percent of adults surveyed (and 85 percent of millennials) said they would visit a restaurant during off-peak hours if they received a discount.

Be sure to do your own research, as every restaurant is unique. You will need to figure out the best hours to offer up as “happy hours,” the types of food your customers most enjoy, what drinks they want, and how much to discount these meals.

4. Start a loyalty or reward system 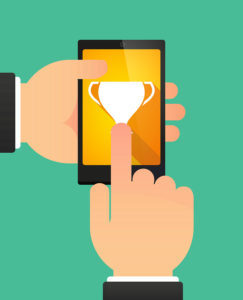 Want to encourage repeat customers? A loyalty card is a great way to do this. In 2013’s second quarter fiscal results, Starbucks saw a 26 percent rise in profit and an 11 percent overall jump in revenue, which they attributed to their loyalty program, My Starbucks Rewards.

The loyalty card scene isn’t so different for small businesses. In fact, in a study conducted by Manta and BIA/Kelsey, “Achieving Big Customer Loyalty in a Small Business World,” it was found that for those businesses that had a customer loyalty program in place, 64 percent claimed it made more money than it cost to maintain. This report also found that repeat customers spend 67 percent more on any purchase than new customers. Naturally, it makes sense to reward them for this.

The great thing about customer loyalty programs today is that they don’t have to cost a small fortune. The move to mobile, especially in the food and beverage industry, has meant more options for restaurant owners looking to retain customers and increase profits. And, because digital-rewards mobile apps come in at very affordable prices, companies are able to subscribe to a program that fits their needs. Belly and Perkville are just a couple of the notable options.

Of course, there’s nothing wrong with using more traditional loyalty and reward programs like punch cards, receipts, and membership cards. After all, some reward is better than no reward!

Before you jump straight in, spend some time thinking about how you’re going to make your loyalty program interesting. Loyalty fatigue exists and you don’t want to become just another app on a phone, or a card in a wallet.

See Also: How to Create a Winning Mobile Site for Your Restaurant 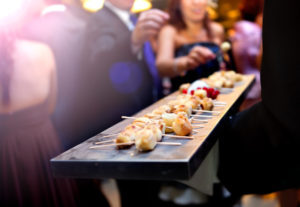 If you want to give customers a reason to return to your restaurant, take a proactive approach and think about hosting regular events. This is also a great strategy for roping in customers that would otherwise never have found you.

Capriotti’s Sandwich Shop has historically seen less traffic in the evenings. In an effort to change this, they decided to hold events in the evening. CEO Ashley Morris says, “Since our stores do less business during dinner, we hold kids’ events in the evening to turn a slower time segment into a higher-performing one.” Hosting events at a slightly quieter time has not only driven unexpected revenue for Capriotti’s but has the added advantage of not overloading employees and managers with more customers than they can handle during peak times like lunchtime.

See Also: 18 Affordable Marketing Tactics Restaurants Can Use to Bring in More Customers

If you’re focused on trying to bring in new customers, take a leaf out of Häagen-Dazs’ book. This ice-cream chain encourages their franchises to host community fundraising events, like its annual Free Cone Day. They do this hoping they will attract new customers that would never otherwise have come in.

Justin Chafe, Häagen-Dazs brand marketing manager, says social media —and in particular, Facebook—helped to spread the word of the event. For Free Cone Day, they say 40-50 percent of those who show up found out about the event via Facebook. Naturally, if you’re going to want people to show, you’re going to have to promote these events.

Here are a few events you might think about hosting:

6. Get started with table-top ordering systems 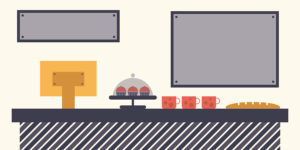 One obvious way to increase profits is to turn tables faster. Of course, you can’t hurry people out of the restaurant as they won’t appreciate it (and likely won’t return), but you can streamline the payment process.

A table-top POS device is generally a tablet that has been installed with software tailored to the restaurant’s needs, most often including the menu, specials, the ability to check out when you wish, to tip, and sometimes even includes games and music.

Today, table-top ordering systems are most commonly found in fast casual dining establishments like Red Robin, Olive Garden, and Applebee’s, but there’s absolutely no reason you can’t integrate them into your own establishment.

According to POS Advice for Restaurants, the trend is here to stay. For those who have adopted these systems early, many report up to a 20 percent increase in sales for appetizers, and a 30 percent increase for desserts.

But there’s an added benefit to these devices: For the Dallas-based restaurant chain Genghis Grill, the table-top unit boosted sales by 27 percent within just 18 months. Ron Parikh, Genghis Grill’s CMO, says, “The tabletop unit becomes like a billboard with high-res images of desserts and appetizers, and we also advertise our limited time offers.” Genghis Grill uses E la Carte’s Presto table-top tablet and focuses on upselling.

If you’re interested in going down this route, be sure to check out some of the other popular table-top POS systems currently on the market, including Ziosk and Altametrics.

Jeremy Julian and Gary Stotko, better known as “The Restaurant Guys,” highly recommend using these systems but also offer a few words to the wise: Don’t use table-top ordering systems to entirely replace servers. A good waiter can anticipate a customer’s needs where a tablet cannot. Rather, they should be used in conjunction with servers, giving the customer more freedom, allowing them to order and pay when they choose to, but also to speak with a human being if they’d prefer.

Ready to turn a profit?

While this is by no means a complete list, by offering some of these money-making services, you’ll be off to a good start when you do start your restaurant business.

If you’re not sure about launching a restaurant just yet, consider starting with a food truck. It’s more affordable, and it’s a good way to figure out what items you should put on the menu when you do finally open up shop.

In the meantime, happy planning!

Increase Revenue and Boost Bakery Sales with These 9 Tips

Increase Revenue and Boost Bakery Sales with These 9 Tips