6 Min. Read Starting By: Jonathan Michael
The following article is an adaptation from the book “Own Your Future” by Paul B. Brown with Charles F. Kiefer and Leonard A. Schlesinger. Paul B. Brown is a long-time contributor to The New York Times and a former writer and editor for BusinessWeek, Forbes, and Inc. Want to win a copy of the book? Scroll to the bottom of this post for your chance to be one of five winners.

From a distance, successful entrepreneurs can seem like a different species. All we see is their success running an enterprise, and for some people that can be daunting.

But if you look at the reason those entrepreneurs started their business in the first place, it becomes apparent that most of us have something in common with them. And once that realization hits, it becomes far easier to imagine being in charge of our own enterprise—even if it’s “only” a part-time thing.

1.  Fear of being out of work 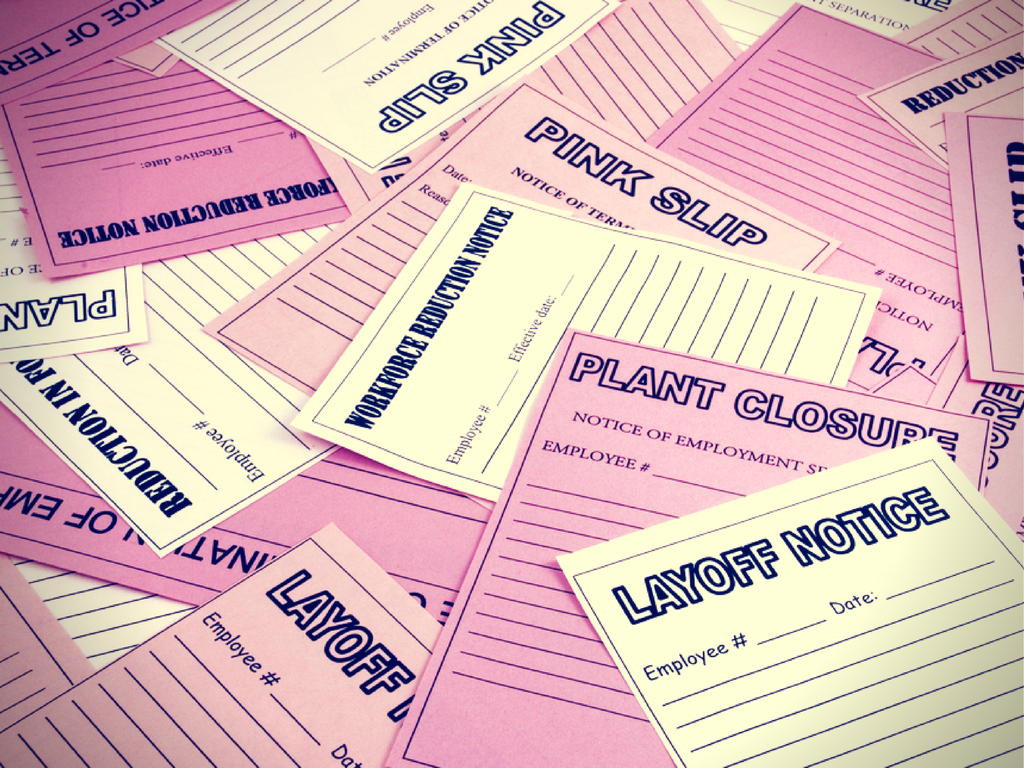 Is potential unemployment enough reason to become an entrepreneur? We heard from scores of people who said it was. This comment from Zalmi Duchman is representative:

“I started my business, The Fresh Diet, because I was about to be out of a job. I was 25 with a four-year-old daughter and a son on the way. I was in no position to be unemployed, but I couldn’t imagine having to work for someone new.”

Duchman had noticed services that delivered meals to people who were on a diet or too busy to cook for themselves had begun in various parts of the country, but there were none serving the Miami market. Even though he knew nothing about the business, he decided to fill that gap:

“I launched my diet delivery website in November 2005 and on January 1, 2006, I delivered meals to the three clients who had signed up. Today, I am thankful I had the drive to become an entrepreneur. My company now operates five kitchens around the country delivering meals to over 4,000 clients every day.” 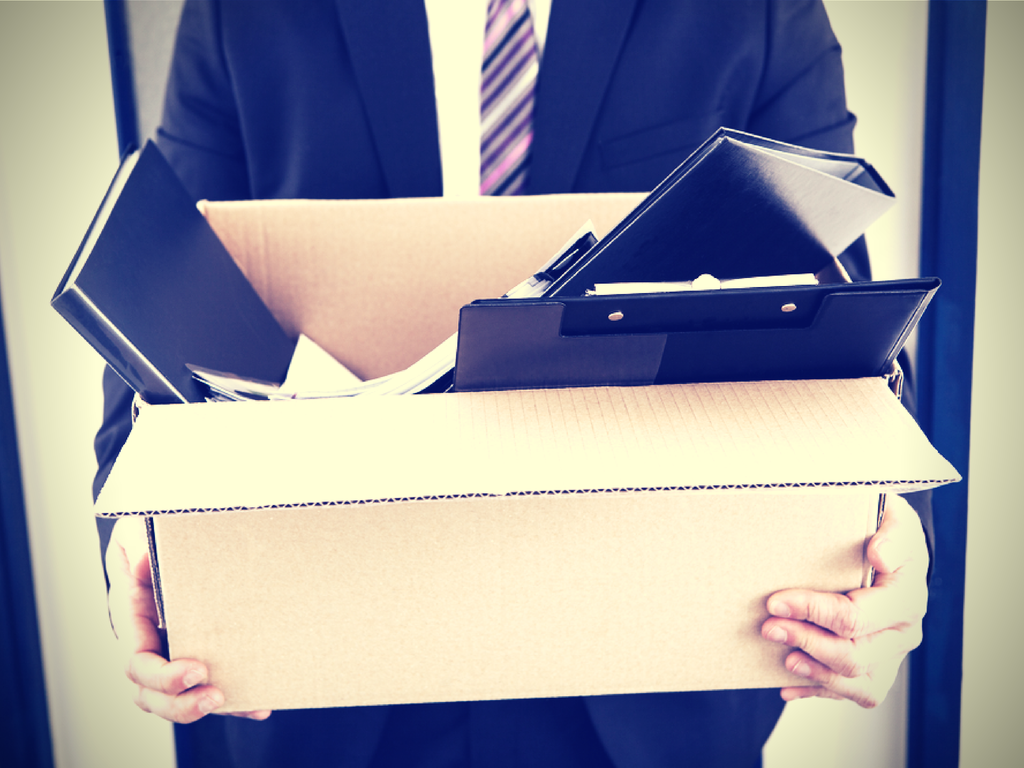 What would happen if you were fired tomorrow?

Do you know what you would do if you got fired tomorrow?

If you don’t, let us suggest a plan that you can start putting in place now.

While the overwhelming need to pay the bills is certainly enough to get you started, we found that there were eight additional reasons people started their own companies. 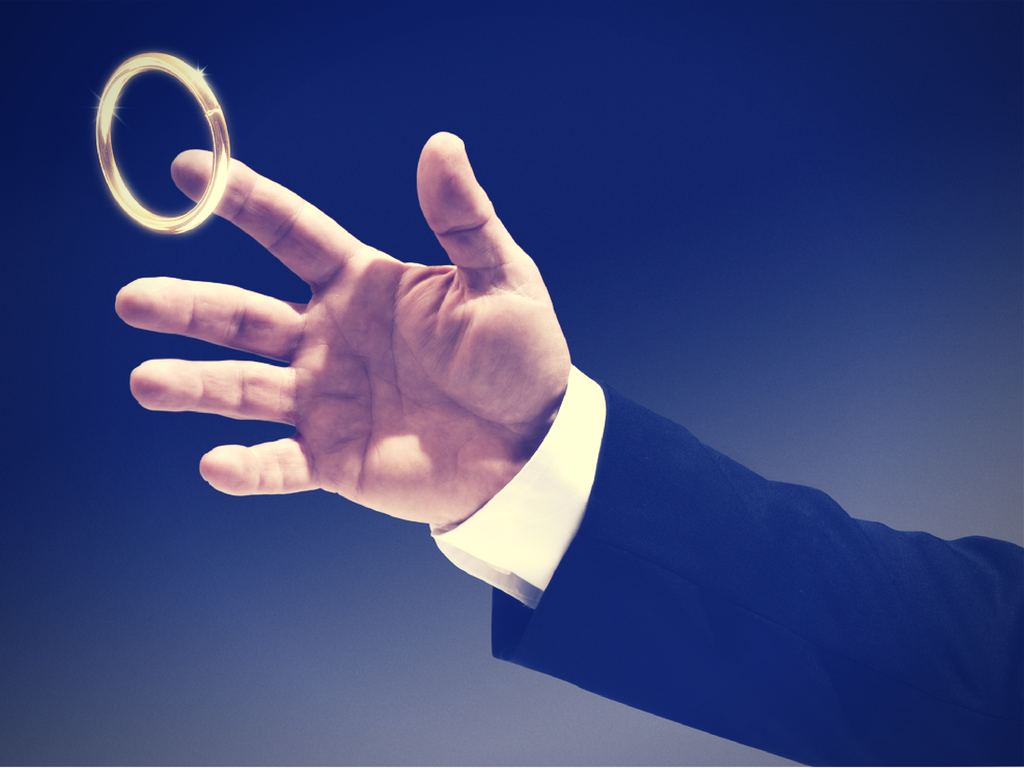 “I am a physician—anesthesiology and pain medicine specialties,” begins Erica Escorcia.

“I felt the need to do something that would revolutionize the way care is given, make it more efficient, accessible, and engaging, and decrease costs all at once. I partnered with a relative of my husband to form Interactive Healthcare Solutions. We use sensors to help patients with neck and low back pain.”

The sensors monitor how often the patient exercises, and how well they are progressing.

“We want patients to be able to prevent and treat problems without being confined to only the twelve sessions that insurance plans typically cover,” Escorcia says. “With our approach, patients can follow a home exercise plan for long-term success and, hopefully, avoid unnecessary surgery.”

3. Life is more than money 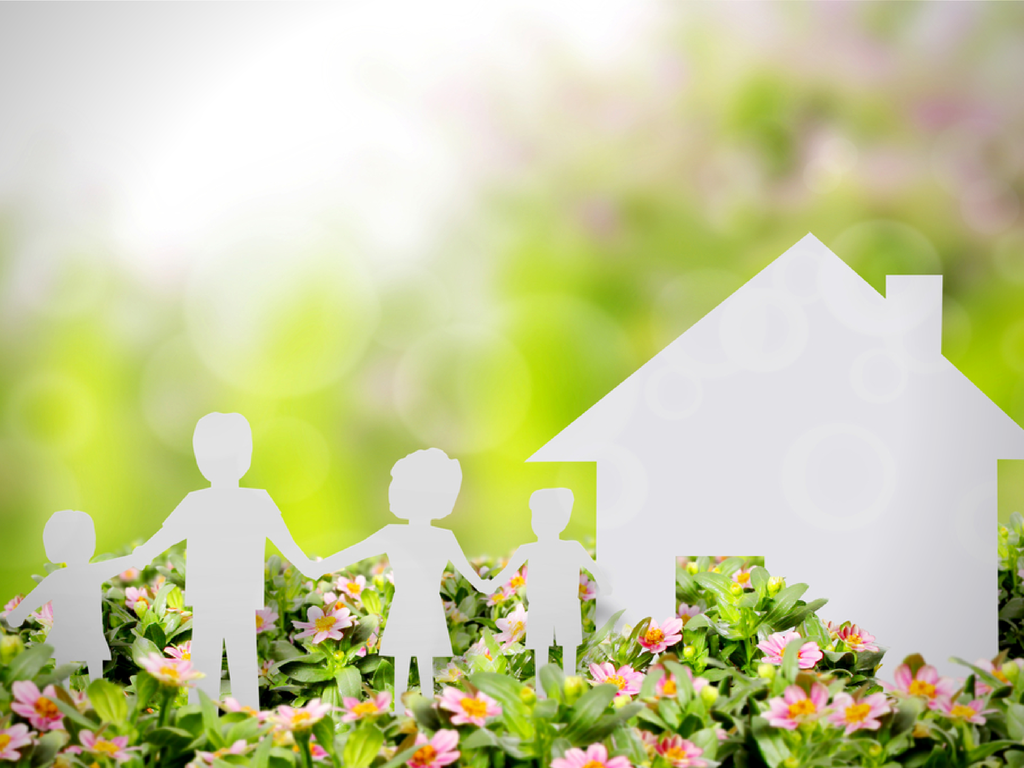 The third reason for starting a company? You believe employment is more than a paycheck.

Says Abhishek Daga, co-founder of Thrillophilia,“I was born to do adventure! After I graduated from IIT [Indian Institute of Technology], I worked for Cisco for four years but then I changed my mind-set. I realized I just can’t live without innovation. Each day I had an urge to create something new, or optimize things.

“Combining my passion for outdoors and my skills of digital marketing and strategy, I started Thrillophilia.com, India’s biggest adventure portal and curator.

4. You won’t work for someone else 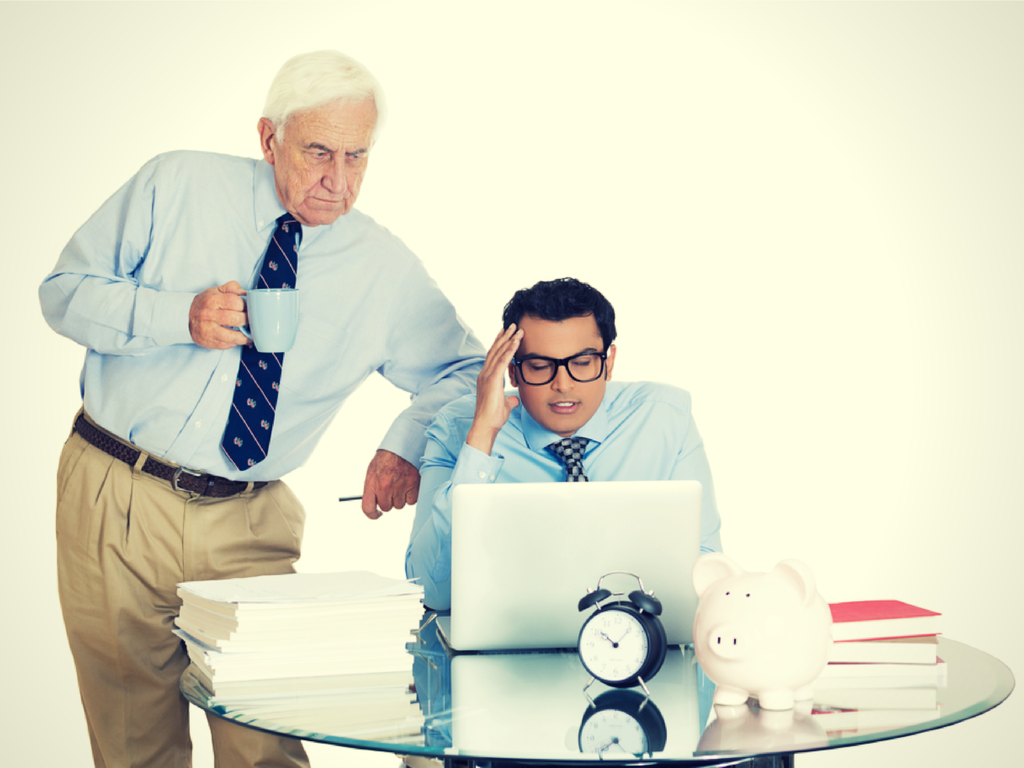 Another reason people start companies? They got mad at their boss.

“After 9/11, the tech bubble, and outsourcing, finding a good IT job was hard,” Manny Mamakas recalls. “I was a skilled network engineer and still I was out of work for almost a year. I found myself taking a job with a mid-level accounting firm that also happened to provide IT consulting.

“I worked for a man who […] was completely clueless about technology, and a total idiot. In fact, he was about to serve his wife with divorce papers but held off because she had been in a car accident. He wasn’t waiting because he felt bad, he was waiting so he wouldn’t miss out on the personal injury settlement. He was repulsive.

“After five years […] he hired a complete buffoon to help pick up some of my workload. I figured this isn’t my helper but probably my replacement. A week later I handed in my resignation and went to work for myself.”

We are happy to report that Manny’s IT consulting business is going well.

5. You know you could do it better 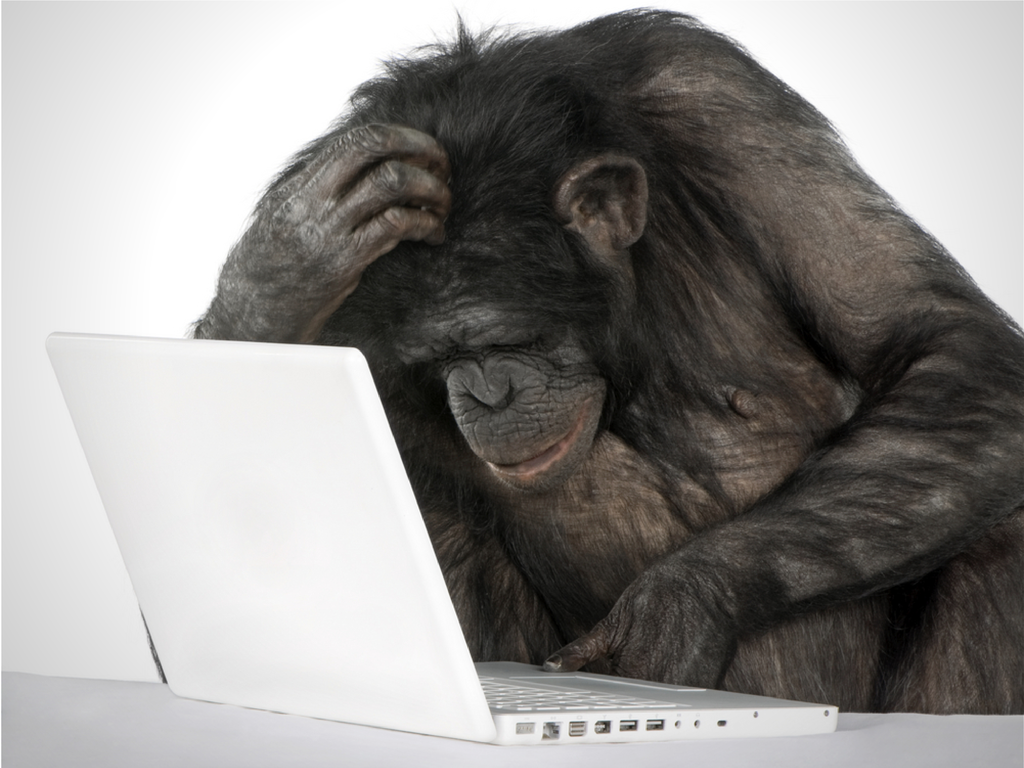 This common reason people give for starting a new business stems from their experience and knowledge of the field they work in. The more familiar they are with their company’s operation, the more confident they become that they can do it themselves—and do it better.

As one reader wrote us in summing up succinctly what many people told us: “I knew I could do it better my way.”

One of the most intriguing responses we got repeatedly was that they were personally compelled to do so. 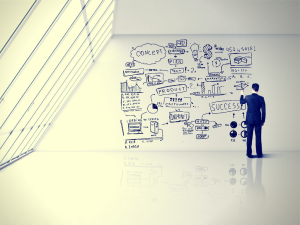 They had to do something creative/challenging/fulfilling/satisfying on their own. They just couldn’t imagine, as Kaitki Agarwal told us, spending the rest of their life on the mundane. Says Agarwal, “I started my own company because I like to innovate, do something challenging and different, something that will cause disruption, make people’s life better. I need to do something new and interesting every day.”

Agarwal says: “The corporate world is too restricting. I have to be in charge of my working life.”

Related to the necessity argument is one that is near and dear to my heart. You got fired.

John F. Kennedy said he became a war hero because “they sank my boat.” I became an entrepreneur because I got thrown out of my job.

The background is simple, I was about to stand up to the man who owned our publishing company. He had just issued an order that cut the legs out from under my boss.

Since I thought it was a truly bad decision, I felt compelled to say something.

I went to our owner and said, “If you really want to do this, I promise I will execute it to the absolute best of my ability, but it is a truly bad idea for the following reasons,” and I went on explaining the potential problems in detail.

The owner thanked me for my “honesty and candor” and for having the “guts” to confront him. “I like that in an employee,” he told me. “I am still going to do what I want to do, but I am giving you a $15,000 raise effective immediately.” I went home Thursday feeling good about myself.

Friday morning, I was summoned to the owner’s office. “Paul, I’ve thought a lot about our conversation yesterday. You’re fired. You can leave right now.”

I’d like to tell you that at that moment I said to myself, “This is the perfect time to start a company.” But I didn’t. I spent the next couple months frantically trying to land a new gig. But even then, while people offered me elaborate contract arrangements, nobody presented me with a full-time job offer. And so, kicking and screaming, I became an entrepreneur.

8. This is how I want to spend my time 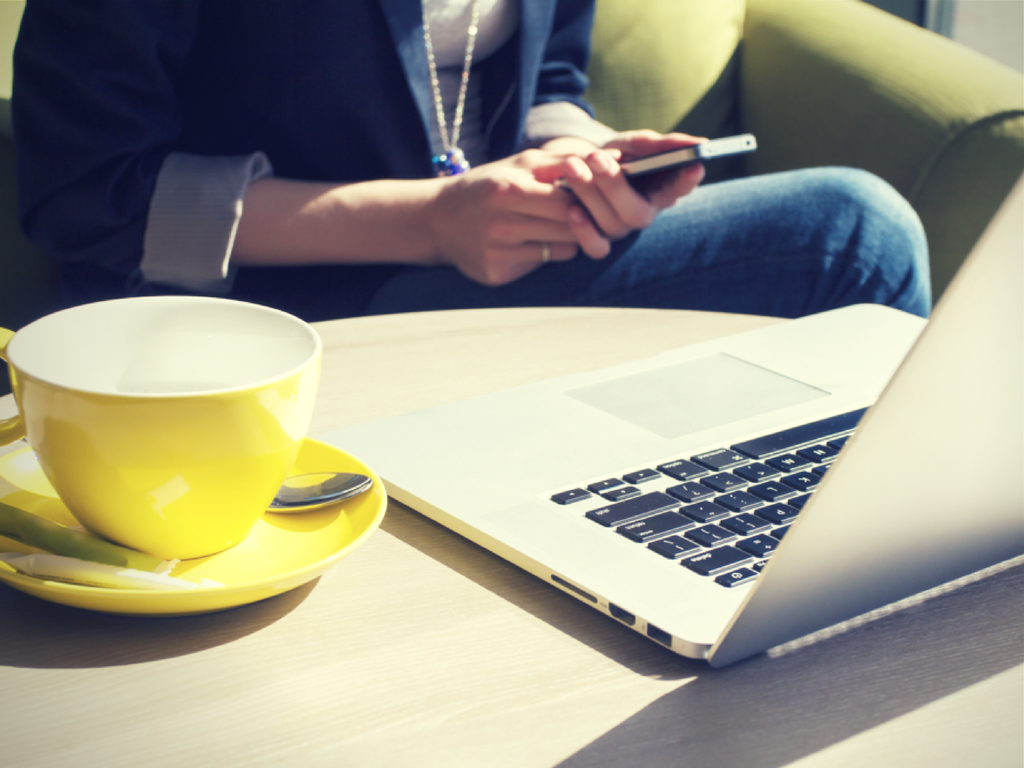 What surprises some people is the next reason for starting a business: for the lifestyle.

Says Lance, “I dropped out of college and didn’t finish my degree. I would work [a] job and not like it for some reason. I wanted to work for a business that was honest and upfront and truly wanted to help people, but I never seemed to be able to find a fit.

“One thing I always wanted in a job or career was flexibility. So I took a very considerable pay cut and took [a job] that allowed me to start a business. I knew that if I didn’t want to answer to anyone but myself, this was the only option. Instead of trying a different [job] and getting the same outcome, I created my own method!” 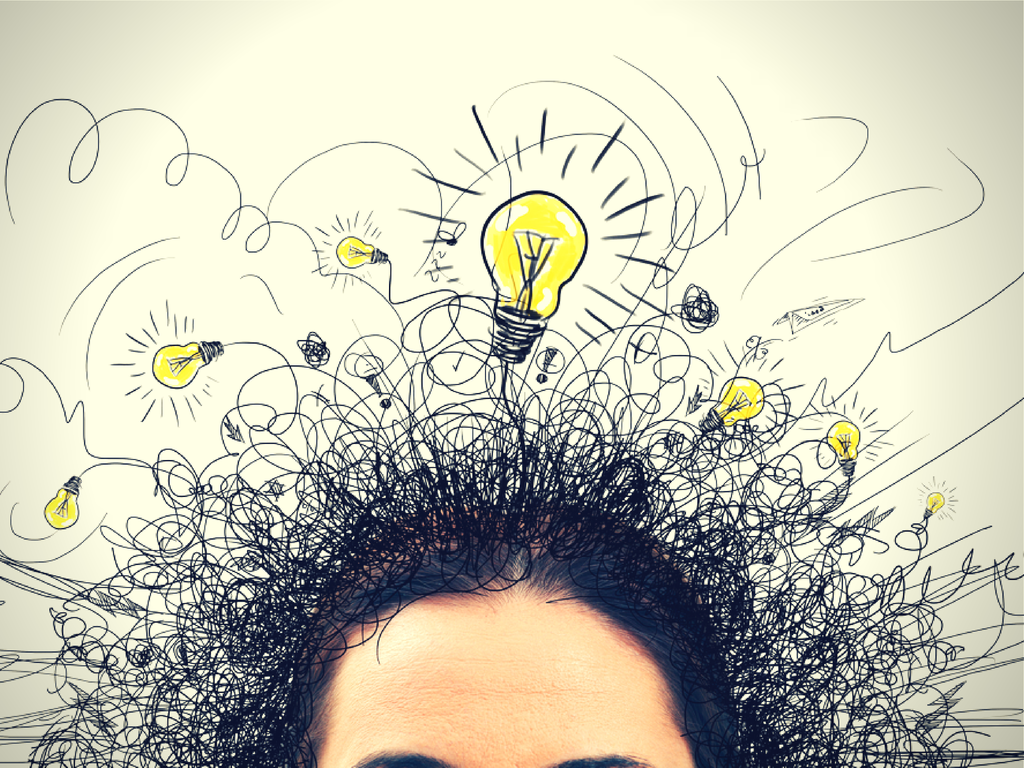 For others we talked to, they just keep zigzagging until something clicked.

“Starting my own company […] was not my original plan, [and] it as brought me some wonderful successes and some embarrassing failures.

“Being an early adapter to social media and being online has enabled me to stay involved in my industry, stay visible, and identify when to make changes with my products and services. I’ve been able to make great connections and I’ve caught a few fish with this strategy, but I am still fishing to catch that whale.” 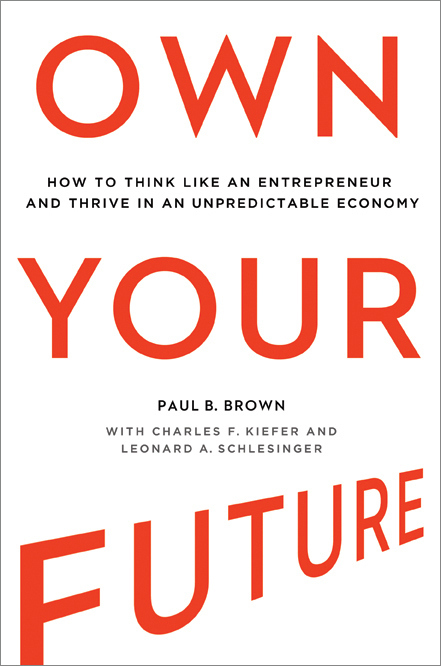 *Country restriction: Winners will be selected from US entries only.

Own Your Future Book Giveaway