If you follow fashion, you’ll know that we’re in the middle of the season and that Mercedes-Benz Fashion Week in New York was last week (we’re in full swing in London now).

If you’re interested in the economics of New York City, you probably knew that too. Why is fashion week so high profile to so many? There are a lot of reasons, from those that are overt, like beauty, class, prestige, and culture, to the one reason that, for some, might be the only thing that keeps them interested—the money.

How much money are we talking about here?

Nearly a billion dollars. This year, New York’s Mercedes-Benz fashion week Spring/Summer 2015 (considered one of the four most important fashion weeks along with Milan, Paris, and London) will bring in an estimated 850 million dollars for the city. The Wire reports that $532 million goes into tourism expenditures.

This is including hotel stays, restaurants, venue bookings—you name it, people are out to be entertained and consume the delights of the city during their stay for fashion week.

The fashion industry overall has a huge impact on the city as well, employing 5.7 percent of the total workforce, which amounts to almost two hundred thousand people.

How it all began: 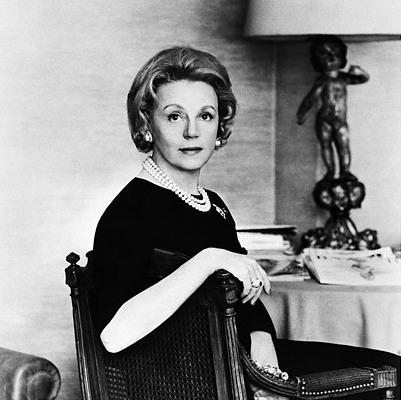 Eleanor Lambert, organizer of the first fashion week in 1943.

How did fashion week in New York become the booming economic boon that it is in the present day? In 1943, a woman named Eleanor Lambert, a mover and shaker in the fashion world, decided that the U.S. needed to step up its game when it came to the garment industry. She saw how in Paris, fashion houses commanded press and attention, and it got them on the map.

Wanting to bring this business model to America, she organized the predecessor to what now is called “Mercedes-Benz Fashion Week” (or #NYFW if you’re on Twitter): it was called “Fashion Press Week”, and it got the designers, fashion houses and models out there, showing the clothes, creativity, and viewpoint that New York had to offer the world. They’ve been at it every year since. Lambert also created the Council of Fashion Designers of America, or CFDA, which has been a guiding voice for the fashion industry in New York ever since.

What does the DNC have to do with NYFW?

For fashion week’s chapter of the age-old tale of money and politics, let’s go back to 1992.  “New York is Fashion” was fashion week’s moniker then, and it now had a little sister: “Restaurant Week.”

As the Huffington Post reports, this was largely due to the fact that in 1992, New York City was highlighting its finest wares to the delegates of the Democratic National Convention. Like the Olympics and other high profile events where the world is watching and impressions matter, hosting the Democratic National Convention becomes a reflection and promotion, in a way, of the host city. 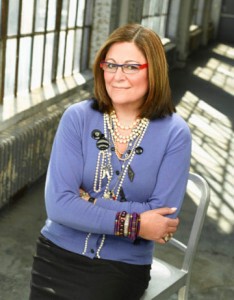 Fern Mallis is seen as the creator of the modern New York fashion week.

Never underdressed, NYC rose to the occasion and exploded the fashion world at the time, with Fern Mallis, then the Executive Director of the CFDA, at the helm. She made the shows invite-only, moving them to Bryant Park in glamorous, ethereal white tents, ushering in what many think of as the golden age of fashion week in New York, and setting the stage for the highly lucrative fashion weeks to come.

So it’s money all around if you’re involved, right? Not exactly. The dark side to the fashion week story is the controversial treatment of the women and men who actually walk the runways. From dangerous, almost unattainable beauty standards to exploitation of the underaged, it’s hard out there for a model.

Just last year NY Governor Cuomo approved legislation to protect child models, including everything from mandatory supervision of models under 16 to setting aside time for homework. In addition, recent research says that far from the covetous rich model stereotype associated with the luxe surroundings, the models in these scenarios are hardly seeing any of their cut of the money—the average model salary is about $33,000 a year.

These issues have sparked some of the industries most recognizable faces to speak out and form The Model Alliance, letting those who work as models know that just because they are legally considered to be independent contractors doesn’t mean that they don’t have worker’s rights.

“Dreams and entrepreneurship and creativity.” 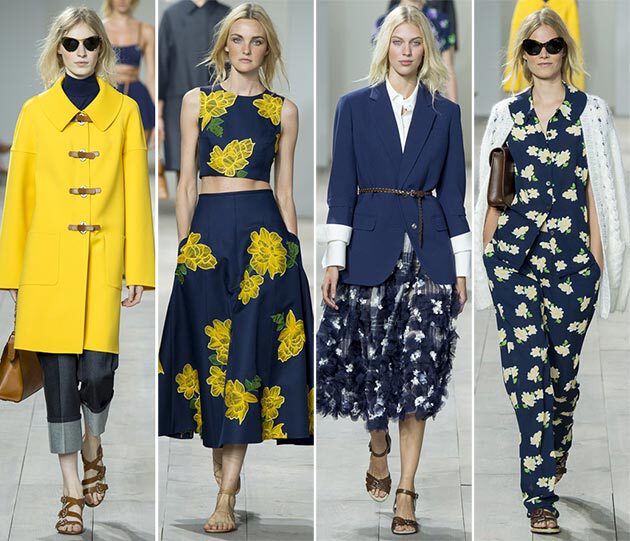 Mayor Deblasio, like Bloomberg before him, knows the importance of courting the fashion industry in his home city. The above quote is an extract from his address to fashion’s big wigs (including current Council of Fashion Designers of America  President Diane Von Furstenberg) at a dinner thrown for them at Gracie Mansion on the eve of fashion week this year. He went on to say that fashion week is “quintessentially New York” and upholds the prestigious reputation that New Yorkers hold so dear.

Which brings us to another angle from which fashion week in New York affects the economy. The attendees are tastemakers, and they’re paying attention. What the editors and critics of fashion magazines, style sections, and blogs have to say directly affects what people want to wear, and by immediate extension, what they want to buy. The seats at fashion week shows are filled as much by buyers for major department stores as they are with celebrities and journalists. What gets written by these people after the shows can make or break a company.

As Alex Abad-Santos puts it: “Through these pieces, they, more or less, tell people what to wear, who is promising, and who isn’t.” If you ask me, that’s a tall order for any week.