This article is part of our Business Startup Guide—a curated list of our articles that will get you up and running in no time!

When I was a kid, I knew exactly what I wanted to be when I grew up. I was going to be the next Boris Vallejo! (You know, the famous fantasy and sci-fi artist who always painted ripped, shirtless men and buxom, bikini-clad women atop flying dragons and Pegasuses—yeah, I wanted to be him.)

There were two problems with my future career plans though: 1) I wasn’t very good at art, and 2) my parents made it clear there wasn’t a snowball’s chance that they would pay for me to go to art school.

With my adolescent dreams up in flames, I decided to get back at my unsupportive mom and dad the only way I knew how: I became an entrepreneur. And that choice became a different kind of fantasy entirely.

I stole the ideas for my first startups from other people. In the early 1990s, my brother was working for a company that was going through the roof selling shareware software via catalog. We thought, “Hey, we can do that!” And we did, until the internet came on the scene a couple of years later and left us holding our floppy disks in our hands.

My next venture didn’t fare much better. I tried to catch the specialty coffee wave and was swept under a tsunami of Starbucks’ venti lattes.

With my third business, I didn’t even try to be original—I purchased a custom framing franchise and piggybacked to success on someone else’s name.

What I’m saying is, I’m wholly unqualified to offer startup advice. That’s why I called in some experts to share their stories and tips:

1. Write it down on a napkin

Voices.com, an online marketplace that matches voice actors with advertising agencies and TV and radio stations, began in 2004 as an idea scribbled down on a napkin by newlyweds David and Stephanie Ciccarelli. “When we first got started, it was just the two of us,” says David. “I owned a recording studio and Stephanie was a trained singer who was doing voiceover work.”

He says they both realized the future of the voiceover industry was in digital, even while (ironically) penning the idea for their startup on a decidedly analog surface.

David sold his recording equipment for $50,000 and they borrowed the rest of their seed money from a bank. Today, Voices.com is one of the fastest-growing companies in Canada—not too shabby for a business that began life at the kitchen table.

“Don’t get focused on the tech or how to dominate the market, just identify a problem and set about solving it. By doing so, you’ll be advancing humankind.” 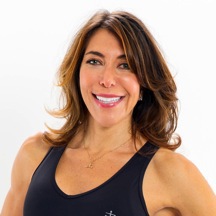 “I realized in the early 1990s that there was no appropriate yoga for fitness professionals,” says YogaFit® founder, Beth Shaw. At that time, she says, most yoga consisted of people sitting on the floor and doing simple poses.

“I earned a multitude of yoga certifications and I realized they did not apply to the regular fitness club member,” she says.

Beth developed her own intensive curriculum and, with the help of seed money from a student, founded YogaFit® in 1994 to fill the niche. Today, that niche has grown into a chasm and YogaFit® has become the largest training school for yoga instructors in North America. The company operates on six continents and boasts more than 250,000 graduates worldwide.

“Have a well-rounded understanding of business. Entrepreneurs starting out are typically stronger in sales and marketing than they are in other areas—I think it’s really important for them to get a grasp on financials and operations as well.”

3. Get a little help from your friends 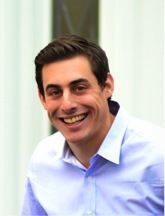 HourlyNerd, an online marketplace that connects businesses and MBAs from the top 40 business schools for projects and consulting work, began as a team assignment in a Harvard Business School classroom.

“We were up against a tight deadline where we actually had to invent a business and present to our classmates at school!” says HourlyNerd co-founder and co-CEO, Rob Biederman. “So one night I just sat down and pounded out the business plan.” Rob says he drew inspiration from services such as InnoCentiv, Odesk, and Elance, among others.

Of the six people who started HourlyNerd, three are still running the company, including co-CEO Pat Petitti and CFO Peter Maglathilin. Along the way, the group brought on another classmate, Joe Miller, to handle the technology end. Since then, the company has picked up a number of investors, including Dallas Mavericks owner Mark Cuban.

“Only start a business if you are deeply passionate about solving the underlying problem for your customers. If you aren’t, the money (there isn’t much) and the hard work (there’s a lot of it) will beat you before the idea catches on. If you’re passionate, the money and hard work won’t bother you at all.”

Nutritionist Stacy Goldberg says she tried a lot of things before deciding on the idea for her company, Savorfull, in 2012.

Savorfull provides its Detroit, Michigan, business clients with a surprise mix of healthy, allergy-free (“free from”) snacks delivered straight to their offices for a small monthly fee. She says her idea began to take shape after she went through Bizdom Detroit, an entrepreneurial accelerator program founded by Quicken Loans and Cleveland Cavaliers owner Dan Gilbert.

After that, she used a combination of high-tech and low-tech to develop her idea. “I used several platforms,” she says. “I also used many different colored sticky notes and I use whiteboards constantly.”

“Walk before you run. Think big but start small. See if you even have a market that wants your product—that will PAY for your product!” 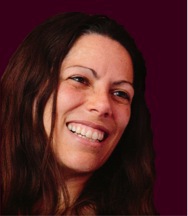 “Before starting OwnerListens in 2011, I spoke with over 100 business owners across  the country in various sectors and from various business sizes and types,” says company co-founder, Adi Bittan.

She wanted to know what kind of problems they were having in order to find a way to help solve them.

“I asked them what their top ten problems were. If feedback, online  reviews, reputation, Yelp!, etc., were in the top five, that was two points. If those things were in the top  ten (but not in the top five), that was one point. In the end, the review  problem scored 147 points out of a possible 200,” she says. “Only eleven businesses didn’t mention it at all—that’s how I knew it wasn’t just a problem for me, but for every business owner I knew.”

The result was OwnerListens, a service that puts business owners in touch with their customers in order to both improve their businesses and manage their online reputations. Today, the rapidly-growing upstart boasts thousands of clients across the U.S., including industry giants Whole Foods and Philz Coffee.

“Not all startups have to reinvent the wheel. Sometimes just making an existing idea a little more efficient or cheaper can be enough—provided the market is big enough.”