Why You Can’t Succeed With a “Poor Me” Attitude 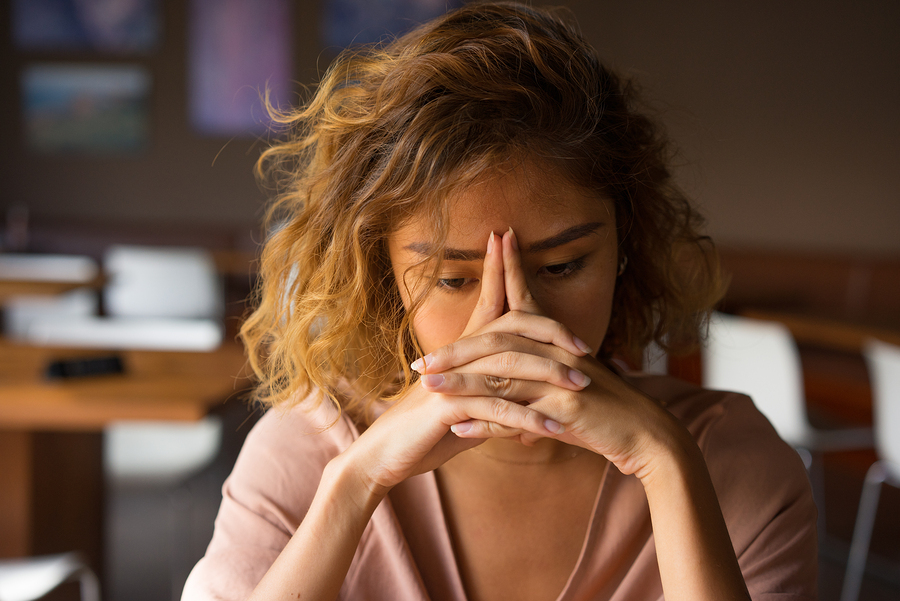 Fortune favors the brave, in life in general and especially in business. Any exceptional business leader you can name—from Mary Barra to Steve Jobs—achieved what they did on the back of a positive, can-do attitude. There was no time for excuses, negativity, and self-loathing.

And the best thing? Many of these exceptional business leaders you can name came from a background just like yours. Neither Steve Jobs nor Mary Barra was born with silver spoons in their mouth.

Michael Jordan, the NBA’s first ever billionaire who is now a successful entrepreneur, once said that he failed over and over again and that it was a failure that allowed him to succeed.

He didn’t whine or mope when he didn’t make the grade as a kid, he didn’t find excuses. He didn’t adopt a “poor me” attitude. Like all great business leaders, he forged ahead and bounced back.

Mindset is everything. If your attitude is right, what you can achieve in business will be limitless. Disneyland would not exist had Walt Disney adopted a “poor me” attitude when the residents of Anaheim tried to veto his plans. Apple would not be the innovative, visionary business it is today had Steve Jobs adopted a “poor me” attitude when his own company fired him in the 1980s.

If you have more excuses than drive, it’s ultimately your excuses that will lead to your downfall, as opposed to a lack of talent, opportunity, or money. No matter how driven or persistent you are, excuses are a business person’s weakest link. The wrong attitude creates indecision and hesitancy, and when the margins are as fine as they are in business, indecision and hesitancy gives your rivals the edge.

Not yet convinced? Let’s take a look at why you can’t succeed with a “poor me” attitude.

There’s no excuse for trotting out this line anymore. If we could learn how to fly people to the moon in the 1960s, we can all learn how to create a successful business in 2018.

Indeed, we are blessed in 2018 with more resources and access to more tools, courses, mentors, books, and applications that help us build a business than ever. Everything you need to learn about how to launch a successful business is available to you, from case studies to how to pitch to investors to even how to optimize your website. All the information is in books, podcasts, websites, and even Facebook.

Sure, some of it costs money—but a lot of it doesn’t. We’re living in the age when business leaders are giving out heaps of quality information for free to their followers.

And guess what? It isn’t hard to understand. It isn’t rocket science. Instead, for some people, it’s hard to implement simply because they don’t want it enough or have too many excuses.

Want to make life even easier for yourself? Work with a consultant. Join a relevant Facebook group and ask someone to mentor you.

“No one will give me the information,” is a feeble excuse that no longer cuts it.

This one has to be the most frustrating excuse of them all. Any business leader who hears this in 2018 must want to shove their fist in their mouth.

The math is basic. Let’s imagine you work a full-time job. There are 24 hours in a day. Let’s say you sleep for 8 hours and spend 2 hours in total on the commute to and from work. Then, you spend 8 hours at work and another hour eating dinner and showering when you get home.

That leaves you with 5 hours. Let’s say you have a partner and kids, so you probably devote 2 to 3 hours per day with them on most days.

If the world’s most successful business leaders have time to run multi-figure businesses while spending time with their families and taking vacations, why can’t you? Why can’t anybody?

It comes down to two things:

Ditch the first one and sort your priorities out. Write them down or download a scheduling app to help you manage your time better. And if you really don’t have the time to do all you need to do for your business? Outsource.

There’s no “probably” about it. You will fail.

But guess what? So will everyone!

In fact, everyone already has. All your favorite business leaders have failed over and over again, and it’s through failure that success comes.

In his popular book “The Lean Startup,” Eric Ries tells fledgling business to fail fast. In other words, fail as soon as you can so that you can move on and get it right.

Remember that being successful in business is all about what you do along the way. There will be mistakes, there will be failures, but it’s not the end. There is always another way—a better way—to doing things, but it’s only by trying something that you can discover the right way.

GoPro is a pretty cool product that had a market value of $2.25 billion in 2012. Its founder Nick Woodman is a billionaire.

However, he wasn’t born a billionaire.

He wasn’t even born a millionaire.

In fact, when he first came up with the idea of GoPro he was, to all intents and purposes, broke.

He also had a dream and a vision, and he somehow raised $10,000 to get his idea off the ground. It wasn’t enough to bootstrap GoPro, though, so he turned to family and friends who together raised a further $65,000.

Online dating site Plenty of Fish is another famous bootstrapped company. Founder Markus Frind started out with literally nothing but some coding knowledge and his bedroom—but turned POF into a $575,000,000 company by 2015.

In 2018, it’s never been easier to raise funding for your business idea. There are the traditional routes of funding, such as venture capital, but if your idea is blockchain-based, there are now ICOs—and anyone who says there’s no money in ICOs has to be joking. The Telegram ICO raised a whopping $2,000,000,000.

Remember that all your excuses are probably smokescreens. What’s the real reason you haven’t made it yet? Find out what it is and work on it. Good luck and don’t forget to share!

Aljaz Fajmut is an internet entrepreneur and founder of Nightwatch—a search visibility tool of the next generation. Follow him on Twitter: @aljazfajmut