Give the Best Elevator Pitch Ever With a 3,000-Year-Old Technique 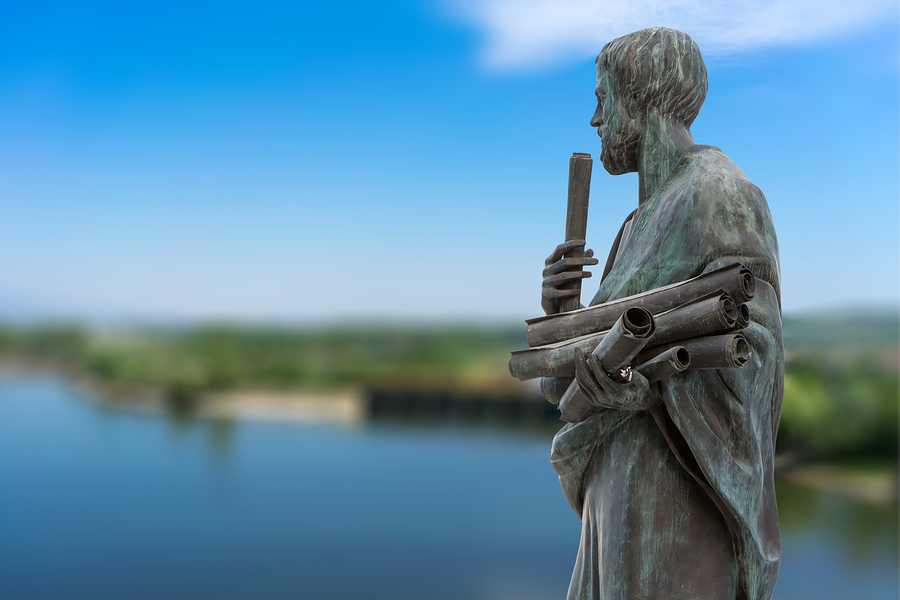 You’re riding in an elevator with just one other passenger and the guy looks familiar somehow. He smiles and you smile and he says something like, “Hey did you drop this?” He hands you your driver’s license which you’d just shown to security and suddenly you realize this person is one of the biggest angel investors in the universe.

The two of you strike up a conversation and he asks what you do, and you just happen to be seeking funding for your startup. You notice you’re already on the 14th floor and you do a quick calculation in your head. You’ve got exactly three minutes (it’s a really tall building) to tell this angel about your brilliant idea before the elevator reaches the top floor where, being an angel, he must certainly perch.

Okay, so that would never happen. But then, how many elevator pitches actually take place on elevators? Yet these mini-orations happen all the time, and some of them bear fruit. If you get upgraded on flights, you have almost certainly heard an aviation version of an elevator pitch. People pitch at parties, in convention center hallways, public swimming pools—I once delivered an elevator pitch to a stranger at the top of a mountain.

Even if you’re not starting up a company but just have an idea you hope to elevate to the C-suite, it helps to know the techniques for delivering a perfect pitch. The same techniques can help you get respect in meetings, and even improve your toast at a friend’s wedding.

I picked up these tools from years of studying rhetoric, the 3,000-year-old art of persuasion. Aristotle literally wrote the book on rhetoric. He tutored Alexander the Great in the art, helping spread one of the first great western empires.

Julius Caesar was a master rhetorician. So were Queen Elizabeth I, Shakespeare, Churchill, and Martin Luther King. All of them studied rhetoric. In more recent times, rhetorical principles have been backed by modern neuroscience. As someone who coaches people to give presentations and has helped fundraisers and salespeople polish their craft, I have seen the tools work in the business world. So let’s get started.

It may seem strange to apply an art invented by ancient Greeks to an elevator pitch. But the ancient Athenian orators delivered speeches of as little as several minutes, with frequent interruptions by the hoi polloi (the masses). A Greek speech was more “Shark Tank” than commencement address. The orator had to make his point, and make it fast.

To help speakers zero in on their topic, Aristotle came up with a logical one-two punch called the enthymeme. (The Greeks probably found it easy to pronounce.) It consists of just two parts: the proof, and the conclusion.

The proof can be a fact or a story. To illustrate, let’s suppose you want your company to design, say, a new line of lingerie for cats. Your proof should be the best possible reason, either a fact or anecdote, for cat lingerie.

The first fact shows an unmet need: cats in costume, humans in lingerie—Venn diagram! The second fact is a more direct proof. Popular meme plus popular equals wildly popular marketing white space. And the anecdote is an origin story. Part two of your enthymeme is the conclusion.

The enthymeme serves as the seed of your pitch. Of course, you’ll have many reasons for starting your feline lingerie line. But audiences aren’t very good at absorbing new information more than one fact at a time. If you have only one or two minutes, focus on just one proof.

One way to draft your proof is to think of a logical brand statement. Write down your conclusion:

We need to design a line of designer cat lingerie.

Now write your proof. Begin with the word “Because…” and go from there. (Personally, I would go for any proposal with the proof “Because cats. And lingerie.”)

You generated your logical seed, the proof-conclusion enthymeme. The temptation is to go straight into noodling up the rest of your pitch. Hold on. You need to work first on your period.

We think of a period as a, you know, a monthly thing. Or as a punctuation mark. The ancients saw the period as something much cooler. They theorized that the patterns of the brain work in sync with the rhythms of the rest of the body. A single expression tends to last as long as the speaker’s breath.

Therefore, they believed, an audience can absorb a thought that’s the maximum of an orator’s single long breath. They called this span periodos, the period. Try timing it yourself. Take a deep breath and talk steadily; if you don’t smoke and you’re in reasonable shape, you should be able to last about 12 seconds. That’s a period. The ancients made the period the climax of a speech, the emotional part toward the end; the biggest applause line.

What does this have to do with an elevator pitch? A great deal. Just bear with me.

To see whether the period still exists in modern orations, I went online and found videos of the most famous political addresses, as well speeches in Hollywood movies—ranging from “Braveheart” to just about every sports movie ever made. True enough, the big memorable lines in political speeches lasted 11 to 13 seconds. For movie speeches, I hit the timer whenever the music began to well up, then stopped when the star ended. Twelve seconds on the dot, just about every time. While few modern speechwriters and screenwriters have studied classical rhetoric, they employ the ancient period through sheer experience and instinct.

Even before you write the outline of your pitch, craft your own period, the climax of your mini-speech. This climax is your audience’s rainbow, the finish line, the promised land that your pitch leads to. You don’t have to sound like a blue-faced Mel Gibson or a deranged basketball coach. But your period should convey absolute belief and commitment while portraying a beautiful vision of the future. In 40 words. Twelve seconds of speech equals about 40 words.

In our own climactic passage, we can envision adorable little cat outfits flying out of stores departments, getting millions of clicks on Amazon and eBay, just about owning Instagram for all eternity, and all to make the world a better place in these troubled times.

Now for the outline: Set the stage

You have your logic packet of proof plus conclusion. You drafted your (okay, slightly creepy) vision. It’s time for your outline.

Just about every great speech, short or long, descends through tradition from the great Roman orator Marcus Tullius Cicero—who, according to Cicero himself, was the greatest speaker of all time. He not only ran the Roman republic before Caesar became dictator. Cicero also wrote rhetoric textbooks that students still pour over.

The Ciceronian outline, a framework for putting your pitch in order, comes from the man’s deep understanding of human nature. He knew that the most powerful tool of persuasion is trust. If the audience trusts the speaker, they’ll follow him anywhere.

To build that trust, you have to make yourself fit in with your audience. In this case, you’re given only a few minutes, so you have to rely on the old standbys of eye contact, good handshake, posture, and the appearance of confidence.

You want to enhance your ethos: your image or projected character. If you do have time, you can reveal your understanding of the subject, refer to your experience (you have a veterinary degree and ran the design department of a lingerie boutique), and have mutual friends who will vouch for you.

Next, comes the logic part. Reveal your enthymeme in just a sentence or two.

And finally the peroration—your persuasive conclusion. In this case, your peroration is probably your vision of a hilariously beautiful furry future.

For the record (and in case you’re ever asked to give a commencement address), the actual Ciceronian outline goes like this:

For elevator purposes, you can simplify the outline to comprise trust, enthymeme, and period. Or, if you like, character, logic, and vision. Follow this outline and write out your pitch. Rewrite it at least a dozen times. Practice it in front of friends and colleagues. Then deliver it to the toughest audience: adolescents. Note when they look bored or fidget or turn to their smartphones; that could signal a boring passage.

Now you’re ready. You’re as well armed as the most eloquent Greek or Roman. Deliver it and build your empire.

Meanwhile, ping me if you start selling cat lingerie on Kickstarter. I’ll totally back you.

Jay Heinrichs is the author of the New York Times bestseller "Thank You for Arguing: What Aristotle, Lincoln, and Homer Simpson Can Teach Us About the Art of Persuasion" (Penguin Random House). A former manager at Rodale Inc., he implements digital, publishing, and appearance strategies for Southwest Airlines, Wharton School of Business, NASA, European Speechwriters Network, and Arixa Capital, among others. He is a professor of the practice of rhetoric and oratory at Middlebury College. You can see a short video he did on the period in political and movie speeches.

Do You Have Your Elevator Pitch Ready?