How Even A Four-Star Restaurant Can Fail 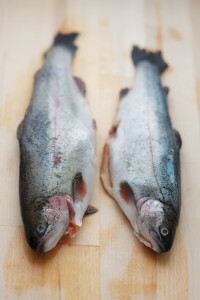 A retired writer is looking for something to do with his time. He remembers many great meals at many great restaurants, and wonders if he could recreate those memories for others, in his own way. So, he ventures into the restaurant business. He plans every detail of the decor, hires a Michelin-star chef, focuses on seafood, high-end service and sustainability, earns rave reviews from local press, is even featured in the New York Times… and then, three years later, he fails.

It’s not all that unusual a story. What is unusual is the inside look that Bruce Buschel has given us into his process, and his mistakes. In a special series that he wrote over several years, Buschel chronicled the development of his prized Hamptons restaurant, Southfork Kitchen, from its earliest beginnings to its closure last winter. You can read his list of “100 Things Restaurant Staffers Should Never Do” (and his revised version of the rules, written after they’d been open for six months), Southfork’s decision to switch to a fixed-price menu, Buschel’s trial and error collecting his insurance payout after a kitchen fire, his stuggles with public relations and P.R. firms—Buschel even put together a detailed financial breakdown of Southfork’s first summer in business.

This week, The New York Times is running a four-part series of Buschel’s reflections on how exactly Southfork fell apart, and why.

Anyone who owns or is thinking about opening a restaurant should familiarize themselves with the Southfork Kitchen story, and use it to guard themselves against failure. As Bushcel makes clear, even an expensive place voted the “best restaurant” in town can lose money and go out of business in just a few short years.