How I Pitched My Business and Raised $2.3 Million in VC Funding 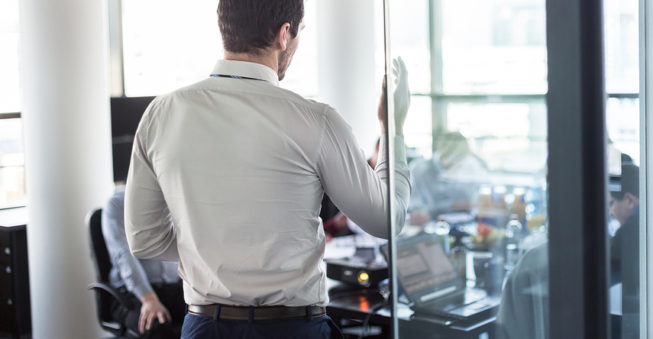 I grew up in a family where excellence was expected; my parents wanted us to be the best at whatever we wanted to be. If you were going to go to the trouble of learning to play the piano, why not be the best piano player you can? Since I came out already a bit of a perfectionist, it’s hard to say which way the causality flowed on following the family mantra.

I mention that before I explain how I’ve been able to raise $2.3 million for the SaaS startup I founded because sometimes we see success coming out of the blue, when really that person benefited from a broad network of support. The context of family, friends, and mentors can get lost in the background when the spotlight is shining on someone.

Build the world you want to live in

For me, it’s always been about building a product. While I was still in college, I co-founded a business with a friend that made iPhone covers. I focused on the product—making something better than anything else available on the market.

My partner and I sold the company in 2012, right when mainstream companies at both the SMB and enterprise level were starting to adopt cloud-based SaaS solutions. At the same time, I was starting to realize that both the elegance of cloud-based software and the business models it enabled were what really got me excited.

I spent a couple years running a digital agency that built custom software and just dove in head-first, teaching myself to program (which would serve me well later), figuring out how to effectively run a software team, and understanding the landscape of technologies available to entrepreneurs as I helped them make their product goals reality.

See Also: How to Learn Programming and Launch Your App in 3 Months—with No Programming Experience

I loved running my own “tech” business, but I still felt like something was missing. Service businesses can be fantastic—among their many virtues is the fact that they’re very often profitable from day one.

But I had a desire to do something more scalable and more impactful—I wanted to build a SaaS company of my own. In my case (and this isn’t true for everybody), I felt like an MBA from a great program would allow me to gain the credibility, network, and education I’d need to build that future business most effectively. So I applied and was lucky enough to be accepted at Harvard Business School, where I started in the fall of 2013.

After a great first year, I did my summer internship at Google as a product manager. I’d always been an entrepreneur, so having my first taste of a full-time job was something I was both happy to do and gave me a great sense of what that “other life” would look like.

Risk-taking prevents you from getting stuck in a rut

It was an amazing summer and I felt lucky to get a full-time offer. I had a couple months to make the decision—whether I’d go back to Google or start something on my own—which though I analyzed and overanalyzed, I think I knew what I really wanted to do all along.

I was looking for wisdom to help make the decision, and found a gem in a lecture from my venture capital professor at HBS. He reminded us that with our newfound knowledge and degree, our careers had a solid baseline. There was almost no chance we’d end up without the essentials. With that baseline, the way to maximize the expected value of our careers was to increase their volatility. Taking risks wouldn’t kill us, but it could bring a huge amount of success.

Once I understood that principle, I knew that moving forward with my own business instead of going back to Google full-time was the right thing. But I wanted to find a solution to a problem that was as big as my ambitions.

If you want to run a startup, go with what you know

The idea for ZipBooks came right before my final semester at HBS, and stemmed from my own experiences as a business owner—I knew firsthand about the headache that comes from managing the cash flow of a small business.

Here’s the problem I saw: As my agency grew, the projects got bigger (and so did my payroll, relentlessly rolling around every two weeks), but payments often got slower. It was ironic that even though that second company looked better and better on paper, my cash flow headaches grew right alongside the profits.

See Also: Demand Validation: How to Find Out If Customers Want to Buy Your Product

Find your own magic

Over Christmas break, I started building ZipBooks. I knew that if I was going to have a shot at raising money, I would need something to show. I coded feverishly throughout that semester, taking several credits of “independent project” and enlisting one of my professors to mentor me throughout the process. In March, armed with an MVP, I started making pitches to VCs.

The process of pitching to professional investors for the first time was illuminating. My biggest takeaway from that process was that you have to have some kind of “magic” in order to raise venture capital. The magic can be anywhere—team, product, traction—but without at least one slide in your deck where the investors’ eyes truly bulge out, it’s hard to get to a yes.

I did my best to make that moment happen: I had two successes under my belt, a functioning product, a freshly-minted MBA from a top business school, and an innovative business model—we were going to give away free accounting software to small businesses and make money by helping them manage their cash flow problems.

Getting traction is key for early fundraising

So I had a business plan, a product, and funds enough to buy some time to figure the rest out. The biggest hole in the “rest” of the business at that point was users. I needed to be able to show that we were building software that addressed a real problem. Small business owners are notorious for being fickle about the software that they use and even if you can get a user to stick around, they still might go out of business.

I hired an employee who had B2B SaaS marketing experience, and he worked on getting users while I worked on building new features that would convince them to stick around. After about a year of that, we were starting to generate real traction—the kind we would need to raise a “real” seed round where we could hire an engineering team and make a real go of it. I spent a couple months taking phone calls and meeting with potential investors.

The pitch was stronger this time around—the product was further along, the team was more complete, and we had real life businesses using the product. The round came together fairly quickly, thanks in no small part to our previous investors who chose to back us again.

See Also: 17 Venture Capital Blogs You Should Be Reading

At the seed stage, the mechanics of getting money from investors is fairly straightforward. Once the investors are confident that they want to invest, they’ll send you a term sheet (in many cases, the biggest part of that is the valuation and amount invested, which you may have already agreed upon). Those two terms determine how much of the company you’re giving away.

Other important terms include liquidation preference (who gets paid out first), participation rights (if the investors get to “double dip” on returns even after they get their full investment back), dividends, governance (board seats), and other investor rights. It’s important to have an attorney look over the terms of the term sheet before signing. Though term sheets are generally non-binding, you want to understand what you’re agreeing to, beyond just valuation and amount raised.

Once the term sheet is signed, everybody gets serious, and that’s exactly what happened with us. Both sides enlisted their attorneys to start putting together docs (the term sheet just outlines the primary terms, but there will be hundreds of pages of documents to make everything specific and binding), and move toward a close. Even with our bigger round, this process took less than a month. Once everything was signed, we were off to the races!

I think a big reason we were able to raise the money we did was because our focus was on product, traction, and team—not on the idea, and that’s where I’ve seen too many entrepreneurs get hung up.

You may think your idea is great, but do paying customers agree? You may get along with your business partner, but are your skill sets complementary and compelling to investors? You may want to build a tech business, but do you have the tech chops to do it, and the product to show for it?

When you’re pitching, just remember: You need to have some sort of magic. You’ll feel it when you have it, and so will investors.

Once we had that magic, the money followed, and that’s been invaluable in helping us realize our vision.

Is VC Funding the Real Unicorn in Silicon Valley?