How many business partners should you have? Maybe zero 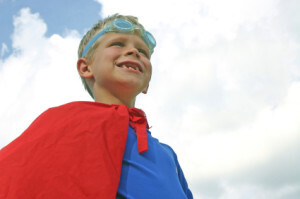 In the startup world, you hear the title “co-founder” a lot more than “founder.” Even when someone says the latter, oftentimes you come to find out the person is forgetting to mention the “co” part, because in actuality, there are others involved.

It’s almost as if we – the startup community – have been led to believe that you need partners. Discussion of starting a one-man or woman show is getting more rare.

Even though I’m still in my twenties, I’ve been involved in plenty of ventures over the past fifteen or so years. Some were impressive, others not so much. Some with partners, others without.

In hindsight, I look back and all of the ones which were successful had one common trait — they each had only one founder: me.

On the other hand, the ventures which were outright failures or fledgling businesses involved anywhere from two to four business partners.

Why is this? Am I implying that I must be smarter than those partners? Absolutely not. In fact, probably the opposite (more on that in a minute). Rather, what I’m saying is that for some types of business and personalities, it might be best to have no other business partners. Here are three reasons why.

Reason #1: Two heads are not always better than one

Contrary to popular belief, having two (or more) people do something is not always a good idea. The biggest reason? Conflict.

All of us are different. All of us will have different visions for our businesses. Sometimes that’s a good thing, because every partner can offer the best of their ideas, and together, they can create magic.

The problem with partners is there are multiple decision makers. Depending on the personalities and type of business, you may find yourself constantly arguing, rather than actually being productive and getting work done.

On the other hand, if you’re the only one in charge, there’s no one to argue with. You can jump in and do things, rather than bicker with partners on whether or not that’s a good idea.

For example with my current venture Credit Card Forum, if I want to change the price of advertising package or terminate a deal with Bank of America and sell it to Capital One, that’s my right to do so. I don’t need a permission slip from the partners because there are none!

Now of course, that doesn’t mean you will always be making the best decisions by yourself. I’ve made plenty of mistakes with this business. But sometimes it’s more productive to make the occasional mistake yourself, than it is to constantly deal with a labyrinth of multiple decision maker which can just slows things down.

I’m not trying to be a negative Nancy, but the fact is that being in business with someone is like a marriage. Hopefully you stay together forever, but what happens if things turn sour and you get a divorce?

We’ve all heard stories of business partners and coworkers double-crossing each other to get ahead. Perhaps one of the most well-known examples was the firing of Steve Jobs from the company he founded. But it doesn’t matter if you’re part of a Fortune 500 company or just a business operating out of a basement… it can happen to you.

In 2009 I co-founded an online venture with two other partners. I’m going to take the high road by not mentioning anything by name, but it was a premium one-word dot com domain, which in itself was worth a pretty penny.

Jealous of the equity pie being split in three equal pieces, the other two decided to vote me out. Or as they put it, “you can stay, you just can’t keep your equity.” Without a salary, why would I do that?! So I ended up investing a load of sweat equity into this venture, only to wind up high and dry with nothing.

I could have sued, but decided to do something which admittedly was not typical of me at all; as hard as it was for me to do, I realized it would be best to forgive and forget.

Rather than hold that grudge, I decided to focus all my efforts on my credit card venture, which was a one-man operation. Fast forward a few years later: one of these ventures has made millions of dollars while the other died a slow agonizing death.

In this scenario, getting screwed ended up being a blessing in disguise, but rarely does it work out that way. When a business goes sour, friendships are often ruined.

This label often carries a negative connotation, but it shouldn’t. The fact is that some of us are more productive when we’re working by ourselves and we even enjoy it more.

As long as I get my caffeine fix, I have no problem being isolated at my computer for 14 hours a day if need be. In fact, when I’m writing lengthy card reviews like this one, I find it quite distracting if someone is within earshot. To nail a sales pitch like that perfectly, I actually need several hours by myself, with no distractions or interruptions from other people.

Then I have a friend who is the complete opposite of me, a total extrovert (and by the way, the definition of that word isn’t what most people think). She is most energized when people are around her. When she’s by herself, she doesn’t get any work done.

Which camp do you fall into? If you’re an introvert, depending on your line of work, you may accomplish more on your own. Of course introverts can also succeed with partners, but you may have to do your best work away from the others.

When the chemistry is just right, it’s true that going into business with others can be a blessing. But don’t think that’s the only way to do it. If you have the drive, you can succeed on your own, too.

Michael has a number of startups under his belt, with the most recent being Credit Card Forum, which is a resource where users rate and discuss credit cards, credit scores, loans, and other personal finance matters.