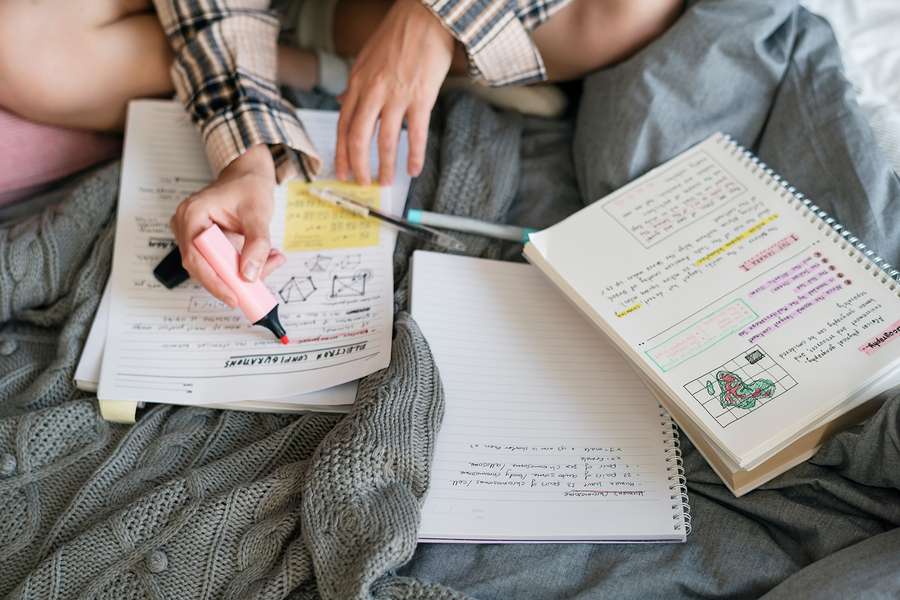 One thing many successful entrepreneurs have in common is that they made an early start with their business endeavors.

The most famous of all is probably Mark Zuckerberg, who launched Facebook from a dorm room at Harvard. Facebook wasn’t even his first project—he’d previously released an app that helped fellow students choose their college classes.

There are plenty of other examples. Dell also started in a dorm room back in 1984, when Michael Dell upgraded aging machines and sold them on. Four years later, Dell became a publicly listed company.

Another inspiring tale is that of Steve Wozniak, who started Apple along with Steve Jobs. While Apple set up shop in a garage and not a college dorm, Wozniak built his first computer whilst at the University of Boulder, Colorado. He struck up his friendship with Jobs as the result of an introduction by a mutual friend who had met Jobs at their California high school.

The lesson you can learn from these humble beginnings is that there’s no need to wait until your studies are over before you can begin your journey as an entrepreneur. What’s more, there are now far greater possibilities than were open to any of these legendary businesspeople.

Thanks to the wealth of opportunities provided by the internet, college students no longer have to wait on tables or tend bar to earn extra money. There are dozens of online jobs that students can do, with nothing more than a laptop and an internet connection.

How far you want to take your efforts is entirely down to you. For some students, it’s quite sufficient just to earn a little extra money part time to pay for books and nights out, and all of the above ideas will fit the bill. But as the Zuckerbergs and Wozniaks of this world prove, it’s possible to take things far further than that.

The modern business landscape is changing rapidly. Due to automation and other technological advances, many jobs that existed just a decade ago are gone forever. This is clear when you do anything from checking in your baggage for a flight, to contacting a large company’s customer service department!

A side effect of this evolution is that it’s far less likely that you’ll leave university and walk into a “traditional” job. The proportion of US workers earning a living on a “freelance” basis was 34 percent in 2016, and the gig economy is expected to grow enough to cause that number to rise to 43 percent by 2020.

As such, there’s solid sense in getting one step ahead while you’re still studying. Starting a small business can mean many different things; At one end of the scale, you may have plans to work independently as a “solopreneur,” doing anything from freelance writing to video production. Given that these kinds of freelance careers depend on having a solid reputation and portfolio of work, it’s wise to start building those things as quickly as possible.

At the other end of the scale, perhaps you have aspirations to start a far bigger enterprise or have an idea that could potentially turn you into the next Michael Dell or Mark Zuckerberg. Well, there’s no reason why you can’t start something of this nature while at college too. In fact, starting such an enterprise while studying can have certain advantages.

The benefits of starting a business in a college environment

Obviously, there’s some need for caution if you plan to get a significant business off the ground while you’re studying. Presumably, you do actually want to complete and pass the courses you’re paying for, so it’s important to balance your time and ensure you don’t allow your business plans to eclipse your reason for being at university in the first place.

However, so long as you manage your time and juggle your goals effectively, you can realize the benefits of starting a business in this kind of environment. These include:

Bootstrapping your business, which involves self-funding everything as you go along, without resorting to raising money from anywhere else, keeps you in complete control of your company.

Starting a business while at university lends itself perfectly to this model, because few students are flush with money. Building a “minimum viable product,” earning a little revenue, then feeding it back in for the next key development builds a great foundation for a business; A business that’s “lean and mean” and will continue to sustain itself.

It’s important to note that while the likes of Facebook and Dell are often referred to as bootstrapped, that’s actually a bit of a myth. Mark Zuckerberg was a well-connected individual and actually received funding from PayPal’s co-founder very early in Facebook’s existence. Michael Dell was loaned money by his family.

2. You can leverage your student network

It’s hard to think of any environment where you’ll be as surrounded by like-minded people and networking opportunities as you are at university.

This can pay off in all kinds of ways. Perhaps you’ll find the perfect business partner, a ready-made group of testers or customers, or a way to utilize college systems or publications to promote your products and services. You’ll also find yourself in an environment packed with potential mentors and people who can provide advice.

Going back, once again, to our celebrity entrepreneurs, Zuckerberg first launched Facebook exclusively within the college environment, and Dell sold his first computers to fellow students.

Every business is different, and there’s no telling exactly how you’ll be able to most benefit from the huge network of students around you. But you can be sure there will be a way.

3. You have the gift of time

While nobody would minimize the amount of work dedicated students do to earn their degree, as a student, you probably have as much free time now as you’ll ever have. Moving from education to the workplace is often a rude awakening for many in this regard.

As mentioned above, it is extremely important to strike the right balance, and not allow studies to slip. However, with the right approach to time management, students can realistically set aside time to work on a business—even if it means compromising a little on the social side of college.

Assuming you’re now convinced there’s no time to lose in starting your business whilst studying, we’ll finish with some precautions you should take to ensure you go about things in a way that will increase your chance of success.

As discussed above, there are plenty of casual online jobs you can do from college if all you’re after is a little extra cash. However, if you’re trying to build the foundations of a business that will still be with you years after your course books have been stored in the attic, you should take the process seriously.

This doesn’t mean it can’t be enjoyable (and running the right business always should be). However, it does mean you should do things like creating a business plan to ensure your idea is viable, and performing some market research. The more attention you pay to the basics, the greater the chance of building something sustainable.

Use college systems with care

While you may feel like your university gives you everything you need to get started, such as fast internet connectivity and lots of computer equipment, you should proceed with caution. If you press on without checking you’re doing things legitimately, you could land yourself in trouble—both as a new business and as a student.

For example, if you’re processing data relating to your new customers, there could be risks if you do so over a college internet connection. You may be able to use a VPN (virtual private network) to boost your privacy, but investing in your own private connection could be an even more sensible strategy, depending on what kind of business you start.

Similarly, while it may seem like a great money-saver to sneak into college and run off a stack of flyers using their printing facilities, it’s a bit of a false economy if it gets you thrown out!

Keep everything above board

Leading from the above point, it’s essential that you don’t give into any other shortcut temptations if you’re trying to build a lasting business. Being a student doesn’t make you immune to mandatory business insurances, compliance issues, and the need to use legal software. Here’s a free checklist to help you think through what needs to happen in each area of your business.

While students might routinely do things that they wouldn’t in a business environment, it’s best to run the business as a business right from the start. Wobbly foundations will come back to bite you in the long run.

Finally, the most important thing of all is a reminder that you are at university to study. Perhaps, like Dell, your business might go stratospheric and leave you with the dilemma of whether to drop out. But until that happens, remember that assignments and exams must remain at the top of the priority list.

Other than that, there’s nothing to stop you getting started on your business as soon as you’re ready.

Ben Taylor is a serial solopreneur, IT consultant, and founder of www.homeworkingclub.com, an advice portal for home workers and freelancers. When he's not attached to his Mac, he can be found playing with his two young sons, as close to a beach as possible!

Why College Is a Great Entrepreneurial Incubator

Sort of back in college

Why College Is a Great Entrepreneurial Incubator