I’m Almost 29, Is It Too Late to Start a Business?

This week’s Startup Monday question comes to us from a Quora user. If you’d like to contribute to the discussion or ask a question of your own, go ahead and leave a comment at the very bottom of the page. We will do our best to get to everyone!

I’m almost 29, is it too late to start a business or to build a startup?

It’s Monday again and you’re back at your desk at work, wondering why you still haven’t started your own business; why you’re still having to compile reports of things you have no interest in; and where you went wrong…

I’m here to help so grab a coffee, forget the report and the emails, blank out your own critical inner voice (and your boss’s voice if possible) and listen up.

You are NEVER too old to start a business, least of all when you are still in your twenties.

I’m only going to mention a few, but there are hundreds of famous entrepreneurs that got their start late in life. Here are some of the ones you may recognize:

Piggybacking off years of experience, these men grew to understand what worked, what didn’t work and what was in need in their industry. They also experimented. A lot. In fact, Colonel Sanders, the founder of KFC was one of these people. For most of his life he had been a job-hopper, at one point a steamboat pilot at another a farmer and on an on, dabbling in insurance and even fire safety. His first attempt to start a business – a service station – failed miserably and his second attempt – a restaurant – ended in disaster when the US entered WWII and tourists dried up. But, Sanders didn’t stop and eventually, went on to found and franchise ‘Kentucky Fried Chicken’.

If you’re under the illusion that you need an innovative idea in order to succeed, you couldn’t be more incorrect. If this were true, there would be no such thing as a competitor or a ‘sample business plan’ for X industry, something we have hundreds of! While you may not have invented the apparatus to sequence the human genome, your success – whether or not the idea is original – will largely be down to your ability to execute on it.

To get you the best answers, I turned to Palo Alto Software’s executive team, all of whom have significant experience managing and running businesses as well as helping tens of others do the same.

Answers from the front

“Just start your thing, and work, and learn, and in no time you’ll be an old hand” 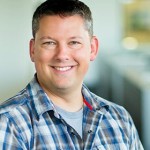 “I remember asking a similar question when I was 13. I was obsessed with music — spent the money from my part-time job on new records, stayed up late to listen to the best late-night radio shows, read all the music magazines — and I felt like I was always reading about these fantastic guitarists who had started at eight, seven, even five years old. It would be fun to play the guitar, but at 13 with no skills at all, not even a guitar, I felt like it was already too late. The ship had sailed.

Luckily, I fell into a deal to get an electric guitar from a friend of mine. Now, in my early 40s, I’ve been playing for 30 years, and the fact that I started at 13 instead of five is meaningless. Life is long, time passes either way, and if we try, we learn and improve.

Age may actually be in your favor 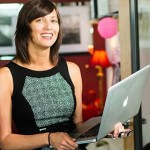 “I don’t think any age is too late to start a business. I started my first tech company when I was 38 and my second business when I was 42. It was actually in my favor to start at those ages because I had years of experience behind me in management, marketing, sales, networking, and partnerships. This also helped the investors who funded me feel more comfortable. I recommend finding a mentor to coach you as you start and grow your business – regardless of your age.” – Tweet Caroline @iamcarolina 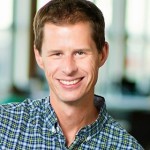 “I suppose the question comes from the myth that startups are the province of 20-year-olds who sleep under their desk and work 24/7/365. But saying that sleep deprivation is required to launch a startup is just that – a myth. Just look at sleep science alone to validate that getting enough sleep and time away from work will actually improve your performance, rather than hinder it.

Age also brings wisdom, experience, and patience – all qualities that investors look for. Having the experience of managing people, learning from mistakes, and learning from data are all things that will make your startup run smoother, rather than slower.

The successful Silicon Valley companies that are run by 20-year-olds are exceptions, not the rule. They just get a lot of press so it gives the impression that you need to be young and inexperienced to start a company.” – Tweet Noah @noahparsons