The Indirect Cash Flow Method: How to Use It and Why It Matters

2 Min. Read Plan As You Go By: Tim Berry 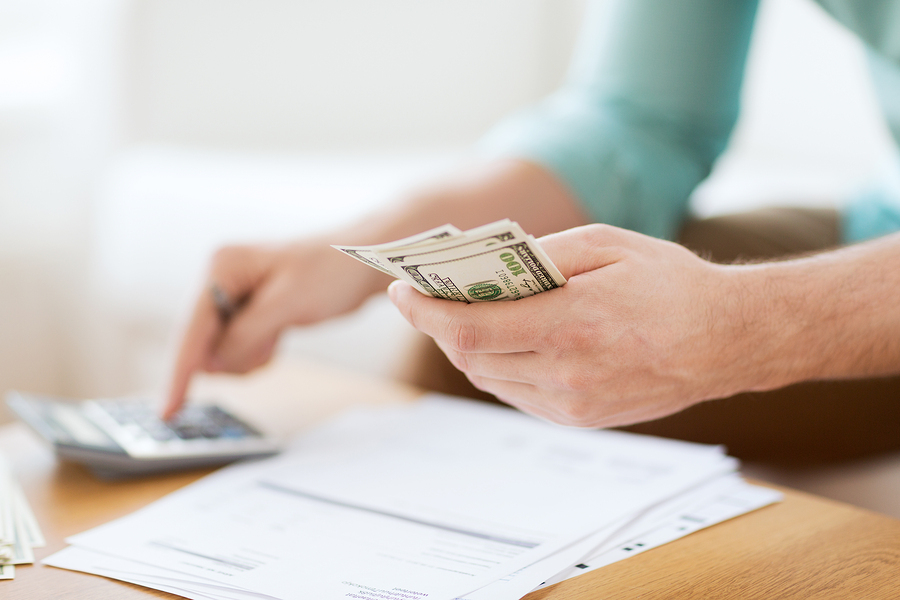 As with a lot of projections and financial analyses, there is more than one correct way to handle cash flow.

That’s true with financial statements, which offer financial history in well-defined terms, and it’s also true with projections, which go along with business planning.

This article looks at an alternative cash flow method, often called the indirect cash flow method, which projects cash flow by starting with net income and adding back depreciation and other noncash expenses, then accounting for the changes in assets and liabilities that aren’t recorded in the income statement.

How to use the indirect cash flow method

The indirect method starts with net income and then adjusts for all the sources and uses of cash that aren’t part of the income calculation. Results should be the same for either direct or indirect. 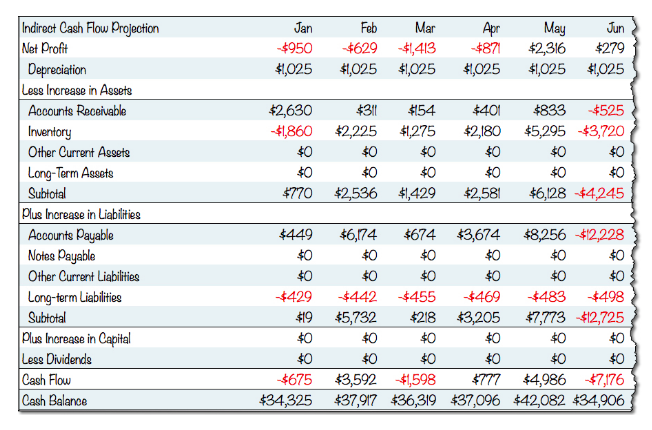 It’s important to be aware of both common methods because, unfortunately, some people who ought to know better don’t. People will look at one or the other and think that it’s wrong if it doesn’t match the method they know. It isn’t—at least not necessarily.

Notice also that the example here doesn’t match the standard one-column sources and uses statement you may have seen with accounting statements, because some concepts are sources in some months and uses in other months.

For example, in the row for inventory, the negative number shown in January is negative because buying inventory absorbed cash in that month. Then it’s positive from February through May, because in these months more inventory was sold, as cost of goods sold, than was purchased. It goes negative in June because in that month, again, more cash was used to buy inventory than the amount of inventory that was sold that month as cost of sales. In a lot of accounting sources and uses statements, laid out as single column, rows divide into either sources or uses, but not both.

Why does this matter?

The most important takeaway from this article is that there is more than one valid way to calculate projected cash flow.

Unfortunately, some would-be experts don’t understand that and are too quick to say “you’ve done it wrong” when what they should be saying is “you’ve used that other method that isn’t my favorite.”

You, as a business owner, need to know that there are different ways to calculate cash flow—so you don’t get put off when somebody uses the other way.